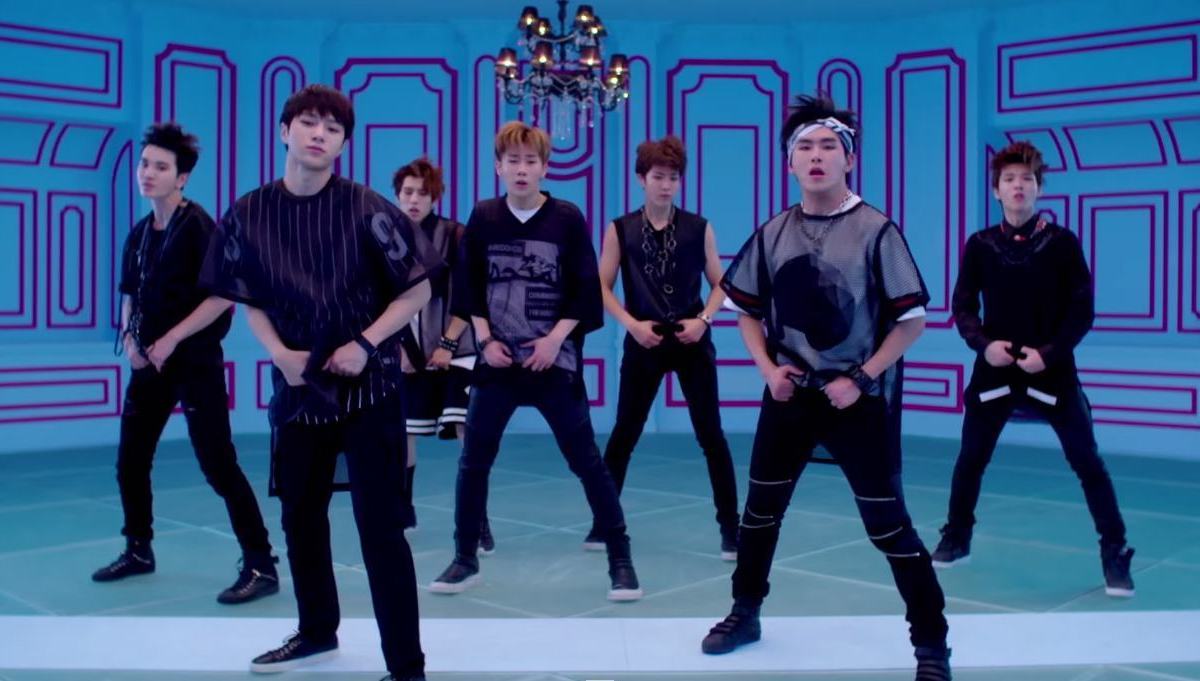 Infinite is back after a year with a brand new comeback and mini album. Bad is their 5th mini album that was released with Back being their last release in July last year. Since Back (hehehe…), Infinite has been very busy with drama filming and promotions. Infinite H made their subunit comeback at the start of the year with Pretty. Sunggyu also made his solo comeback with double title tracks: The Answer and Kontrol. On top of that the boys have been releasing singles in Japan such as Dilemma which I reviewed earlier in the year. So many hyperlinks in the introduction today.

The song is described as a combination of hip hop and EDM elements. And that is something that we got. It honestly feel this is a very powerful song and it matches songs that I and probably many fans associate with Infinite. I also hear hints of classical and rock through the instrumental of the song, which adds to that powerfulness. As for the vocals, they were powerful and very strong, but remained matching to the style of song that the writers were getting at. Often we have a mismatch between vocals and instrumental, but this time around, they blended well with each other. Also, every member seemed to excelled in terms of vocals for this song. Sungyeol and Sungjong got more lines and their voices seem much steadier this time around. The rapping was kept to a minimal in this song, which I don’t fully understand why. I like Infinite’s rap in their song, but funnily not a big fan of their rap/hip hop subunit. Hmmm…

The music video is also quite interesting. The guys are tormented by this girl who they are describing as “bad”, hence the title of the song. The make use of mirrors in this video quite interestingly, being a way for the girl to get to them. I find that is an interesting concept. Hence why we see them sitting around, running away and looking around in fear due to the mirrors. And from the very first time I saw the music video, I knew it was the same guy or girl or group of people who filmed Orange Caramel and EXID music videos (and of course countless other music videos for other artists). I was amazed by the teaser for this comeback though. I believe they are the first KPOP group to actually use the 360 degree video format, which I thought was hella cool. I watched it on my phone and could spin around and looking around in the 360 view. Awesome. Just one complaint however, Dongwoo’s rap segment in the music video does not match up with the song. The lips were way off.

The dance is always awesome for Infinite. They are always in sync with each other. When I thought saw the dance, I was thinking that there was no way they would be in sync since there was a lot going on. But, the group managed to prove themselves to be one of the best dance groups ever.

This was a very powerful comeback with a really powerful song, a cool video and of course, per usual, an amazing choreography. 9/10

One thought on “Bad – Infinite”