With BTOB making their return in a week or so, I thought it would be nice to take some time to look at some of their solo tracks that they have been releasing since April. Piece of BTOB is a project where each member released a song each month (or so). While I could have reviewed the songs as they were released, I decided one massive post once all the songs are out. And without further ado, here are the short reviews for all of the Piece of BTOB project singles.

To start off this review, I have to declare that this is my most favourite single out the entire project. Despite this being out for longer, the pop-rock track is extremely addictive after just a few replays. I love the build-up in the background with the instrumental. But it is Changsub’s vocals that make me come back for more.

Ilhoon brings his signature raps to the table with Fancy Shoes. And we know how good he is, given his track record through the many BTOB releases. But it seems like I am the only person who thought the song was a little disconnected. Like the instrumental and Ilhoon’s rap doesn’t seem to go with each other. Compared to the other songs, I just didn’t feel a connection to the song.

Out of all the members, I wanted to listen to what Peniel would release, mainly because there has never been a chance for the rapper to shine in the main title tracks. That Girl is entirely in English (yes, I can finally understand) and it was a catchy track to fit in the Summer season. I was caught off guard when Peniel went into the chorus singing, as we know him to be a rapper. He has pretty good vocals and it gave the song that refreshing feel.

The ‘Alternative’ genre is very rare in KPOP, but it does exist. And since it has been a while, Hyunsik’s Swimming is a very fresh sound. The alternative rock sound makes the song implant the feeling that you get when you float on water into your mind. It is almost dreamy. I have only stumbled upon Hyunsik’s vocals more recently and this song just further proves his vocals skills to me. 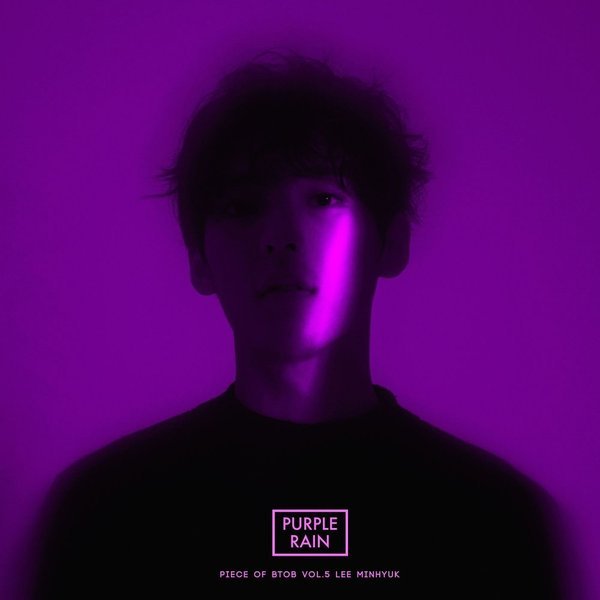 Minhyuk’s solo is the only release that has a featuring artist, Cheeze, who brings her husky vocals to the song. Minhyuk does a mixture of singing and rapping, which does sound awesome. Paring the two together, you get quite an intense track. Cheeze brings an emotional sound, while Minhyuk brings intensity. Personally, the track was quite good but it just doesn’t have that addictive nature, like other ballads in this mix.

Paradise is an upbeat love confession type of song, which I think fits Sungjae’s personality nicely.  The sound just feels very cheerful and bright, something that you come to associate with Sungjae. His vocals just don’t stand out in the song. The more emotionally centred ballad, Tell Me, seems more suitable for his vocals. It is the song type that gets you swaying alone, which is something I like I lot in ballads.

Ending the entire projects is Eunkwang, tackles the very big feat with two ballads. That Time is a spectacular ballad that drew my attention with Eunkwang’s vocals and the impactful instrumental. It ticks all the right boxes in my books for a great ballad! Especially, the choruses which blow me away each time I  listen to the song. One Day seems to replicate that exact same feeling, despite it having a different melody and sound. The chorus is equally as impactful and Eunkwang’s vocals are just spot on.