Kim Sung Kyu has finally made his solo return to the stage with his first studio length album, 10 Stories. The title track featured on this album is True Love. His comeback was a little unexpected, with Infinite just recently wrapping up their promotions for Tell Me at the end of January and his teaser pictures just coming out of nowhere. This is his first comeback since his last mini-album and double title track promotions of The Answer and Kontrol.

To me, True Love is the midpoint that I would imagine if Kim Sung Kyu and Ed Sheeran joined forces to make a song. While the song’s sound and instrumental seems to lean more heavily towards Kim Sung Kyu’s side, there were a few moments throughout the song that felt like the song could have gone down that Ed Sheeran route. I like how calming the song feels during the verses. The build-up just before the chorus was nice but my favourite bit has to be the launch into the chorus. It is where the song comes together and it is the strongest point of the song which reminds me fondly of Kim Sung Kyu’s previous works. There is a slight catchy hook to the chorus, which I can see myself singing to in a few days time. His vocals are great but they don’t really shine as much in this song. Overall, the expectation (for me) is that Kim Sung Kyu would have a really good song as his title track and True Love seems to live up to that expectation.

The music video was shot in Hong Kong, which seems to be the number 1 destination to go to, for shooting a music video. A number of artists in the past year alone have shot their music video in Hong Kong. And I can see why. Despite it being featured so much last year, the sites of Hong Kong always look breathtaking and fresh. In the video, it seems like Sung Kyu is looking for his lover, whom he has been trying to track down from a letter he got from her. The ending was a little confusing, how he reads the letter. It makes me question whether he was looking for his ‘True Love‘ or whether he was looking for closure. The walking around on the streets is aesthetically pleasing and sets it up to be a good video (especially with all the great sites around him). 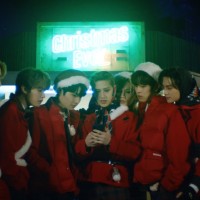 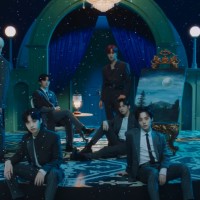