Returning last week with Room Shaker was Ailee. As mentioned last week, I will be focusing on solo artists this weekend. I have decided to focus on one last solo artist next Thursday (I think you might be able to guess who) before returning next weekend to write album reviews for group releases. But let’s refocus on Ailee, who made her grand return with butterFLY (her second studio album). It has been disappointing to see that Ailee has yet to return to the stage. I don’t have any idea what is going on at the moment between Ailee’s management and the music shows. But hopefully, all misunderstandings are solved soon, so that we can see Ailee return to the stage once again!

1..Midnight – Kickstarting off Ailee’s second album is Midnight. The instrumentation does give off an atmosphere like how the stars are twinkling in the night sky during the verses. The chorus manages to kick it up a notch, complimenting Ailee’s vocal push. Apart from the vocals and the instrumentation during the verses, I found the song to be quite plain. But considering it has been some time since we heard Ailee, it might be a nice way to re-familiarise with her vocals without being overwhelmed by a loaded song. (8/10)

2. Want It – Want It brings a groovy instrumental to the album. There is a retro colour (thanks to the brass) to the song, which reminds me of her popular tracks. I think this would be a nice performance to watch as well, especially if there is a retro/disco flair to the stage as well. Her vocals here are, per usual, superb. I had a feeling that she could have gone the extra length with her singing, as there were times where I had the impression she was holding back. But the more I listen to the song, the less of that I think (and the more I want to boogie to the song). (8.5/10)

3. Headlock – Ailee is known for her amazing vocals and if any song was to prove that fact, it would be this one. That is the main driver of the song, with the instrumentation acting as a sidekick. Headlock starts with a clapping beat, which it maintains throughout the entire track as the foundation of the song. The rest of the instrumentation comes later, turning the song into a little funky tune. The best part has to be the punchy effect just before the chorus. But whatever section I am listening to, it also contributed to a spectacular track. (9/10)

5. LOVE (ft. Chen from EXO) – Besides Room Shaker, fans are most excited for LOVE. The reason for this excitement is obvious. The track features Chen from EXO, who is known for his vocals (just listen to Beautiful Goodbye if you are not convinced). The track is an R&B ballad that is produced to showcase both artist’s vocals. The instrumental was very elegant and pleasant, which further highlights its potential. Both their voices were beautiful. Though the harmonies were very limited, I did like what was given to us. The flip-side of that comment is that I expected a little more in the harmony/singing together department and the limited nature was a little disappointing. (9/10)

6. Nothing At All – Nothing At All is a ballad, just not the type of ballad one would expect given the song’s lyrics. The lyrics tell of the heartbreak that comes when someone is trying to forget a former lover. But listening to the track’s tone, you don’t really get that heartbreaking feeling, thanks to the slightly brighter than usual instrumentation. The piano was repetitive. But I felt that was the blank canvas (same analogy again) that I refer to often, giving way for her vocals to take over the song. On the topic of her vocals, I really like her singing here. It was textured throughout, and her tone made it very interesting. (9/10)

7. You Are Precious Because of Who You Are (그대는 그대라 소중해) – This track (sorry, the title is a tad too long for me to type out) is another ballad. But how the instrumental started off gave me grand and epic vibes, making me look forward to the entirety of the track. And it does not let you down! I like its soothing nature at the start, which reflects well with Ailee’s voice. I also enjoyed the gradual build-up throughout the song, which really made the song even more appealing (the high note at the end was an amazing peak). The song sings about how everyone is unique and that it is perfectly okay to be different, repeating a common message that we hear often nowadays. (9/10)

8. Fire – Fire returns to the more upbeat dance tracks we heard at the start of the album. It is a little unique, given her vocals in this track. I am not exactly a fan of the song, for the same reasons. She does showcase some versatility in her vocal abilities. But I am not a fan of the high-pitched ending to the word Fire which she repeats throughout the song. It gets annoying for me. I did like the pop instrumentation. Though, I was hoping for more attitude as I was led to believe through the start of the song. But sadly, I wasn’t satisfied. (6/10)

9. Ain’t That Pretty – Ain’t That Pretty is a pretty dynamic track, something I had expected with Fire (based on the title alone). I really like the instrumental for this track, especially the distortion that occurred during the chorus. I also like how she started off with a little raspy tone. The track also tells of hardships that Ailee had experienced so far as an artist. Based on the meaning behind the song, the track sounds a lot fresher than if she went with a cliché ballad. It feels more modern and impactful this way. (8/10)

10. Heartcrusher – Heartcrusher is a little surprising as it is entirely in English. I like the Western vibes that come from the EDM based instrumental. Ailee’s voice flourishes in this track, remaining on top of the instrumentation throughout its 3-minute run. The lyrics were very striking, especially the start sounded. My only complaint about this song was that it went by so quickly. Other than that, I end Ailee’s second album on a very dynamic note. (10/10) 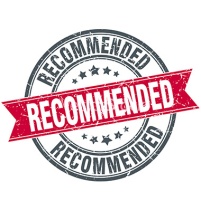