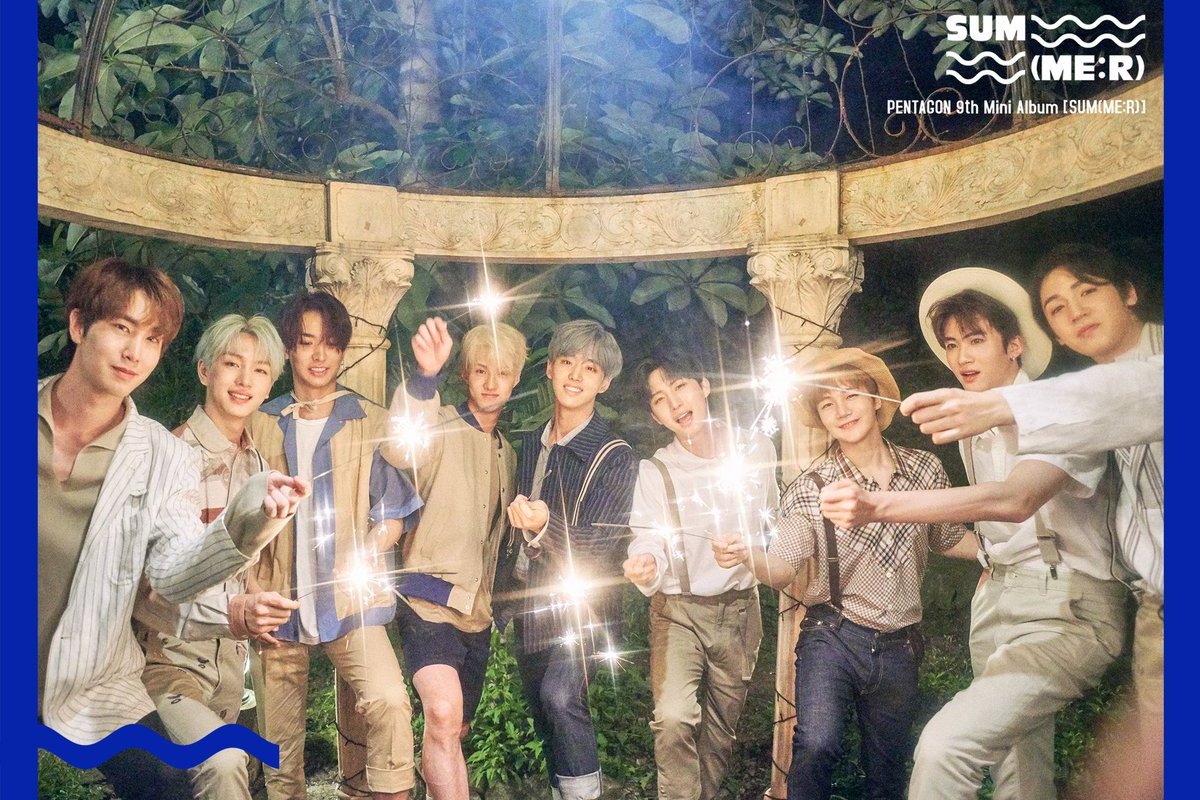 It is surprising that Pentagon has yet to release a studio album. You would expect them to do so after eight mini-albums, right? Well, I guess we just have to wait a little longer for that album. In the meantime, the group has released their 9th mini-album, SUM(ME:R), which features the title track, Humph!. There are two additional singles on the album, along with a special bonus track (which I have reviewed today as well). Hopefully, by keeping this review short, we will be able to fast track ourselves to another Pentagon release (finger crossed for a studio album). But until then, here is my album review!

2. Fantasystic – While I personally do not like the way the title of the song is spelt (me being picky once again), Fantasysic is a bumping track. It is a little more traditional when it comes to its pop genre. But I really like its upbeat atmosphere. It does beg for a little something extra. That something extra (I am thinking intensity or something to make it feel a little tighter) could have really lifted this song to another level. I liked the vocals (Yan An, who is absent from the promotions, participates in the song) and the rapping really hit the mark perfectly. I find the track fitting for the Summer season, which makes it ideal for a Summer themed album. (8/10)

3. Summer! – Summer! isn’t another dance track. Instead, it seems to zone right into the vocals of the group. There is also a melodic appeal to the song, which I think really sets this track apart from the rest of the group’s discography. I also liked how they didn’t take the ballad route to focus on the vocals, which is a cliché move done by many groups. Talking about the vocals, I think this was a really good track on that front. The rapping isn’t as good as per their dance tracks. But I liked how they tweaked the rappers to fit the track’s more melodic style. The instrumental is the main reason why I don’t pinpoint it as a dance track. It is a little more acoustic. But, I can imagine a little fun choreography on the side. (8/10)

4. Round 2 – For those who don’t remember, Pentagon previously released Round 1, which was a bonus track which made fun of one another. They continued that exact theme with Round 2. Though, if my memory serves me right, Round 2 is a little more outrageous than Round 1. My favourite part has to be Shinwon screaming (which I am assuming is an enactment of Hui, who he is is making fun of). And Yeo One’s ASMR for Hongseok was hilarious. I want them to continue doing this in future releases. It is different from an outro and it really shows their budding friendship and closeness with one another. (8.5/10)