Red Velvet is nominated for Best Female Group, Best Music Video and Best Female (Group) Choreography in the 2019 KPOPREVIEWED Awards. Voting closes on the 31st of December, which is almost a week away. So to support Red Velvet, click here to vote for them in the survey!

A major release this late into the final month of year tends to be quite rare, as groups are preparing from the end of year music festivals and other special events. But it seems like we will be getting a couple this year. The first is by Red Velvet, who returns with the final part of the ReVe Festival. The title track for this release is Psycho. Previously, the group returned earlier in the year with Zimzalabim and Umpah Umpah, as part of the ReVe Festival series.

Zimzalabim was probably one of their craziest tracks, while Umpah Umpah ended up resolving to be a regular pop track for Summer. So it was hard to form an expectation for Psycho. But it ended up being an urban pop dance track that felt very polished and refined. I would also say this would be a logical follow up to the R&B sound that we got through Bad Boy. Just Psycho ends up being much more appealing for me. The instrumental backdrop felt simple, allowing the vocals to do majority of the hard work. There was some falsettos in the pre-chorus and I really like how they all sing the chorus, making the song feel more impactful. The chorus also had this very addictive swaying effect, which helped make the song more alluring. The melodies also kept the song feeling fresh and smooth. There was a slight moment of rapping which I felt they could have extended to give the song an extra boost of oomph. But other than that, Red Velvet comes out with another smashing song.

The title Psycho definitely alludes to something eerie and dark. And I really like how the music video nails this idea. In terms of visual concepts, I must admit that Red Velvet is one of the most versatile groups ever. Of course, their stylists should also get a shout out for really helping Red Velvet pull off these changes. There seems to be a 1930’s vibe to the music video, given the sets and some of their outfits. Wendy’s shorter white coloured hair style is probably the biggest change of all. Each member looks very creepy, with the production team putting together a music video that makes the members look like crazed psychos/stalkers throughout the video.

Based on what I can see in the music video, the moves look like there is a bit of attitude infused into it. And it makes sense given the song style. Some parts look a little weak, while others look quite strong. So it would help if there was some live performance (to make a better judgement). But I don’t think there will be any until Christmas Day (25th of December) when the group’s first stage is scheduled at the SBS Gayo Festival. But for now, I think I rest with the comment that the choreography is satisfying. 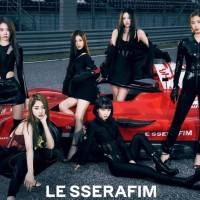 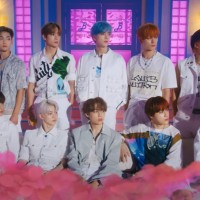 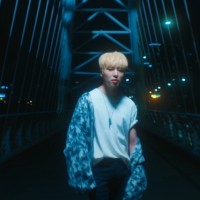 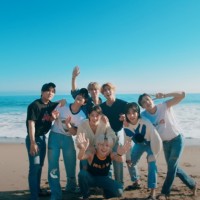