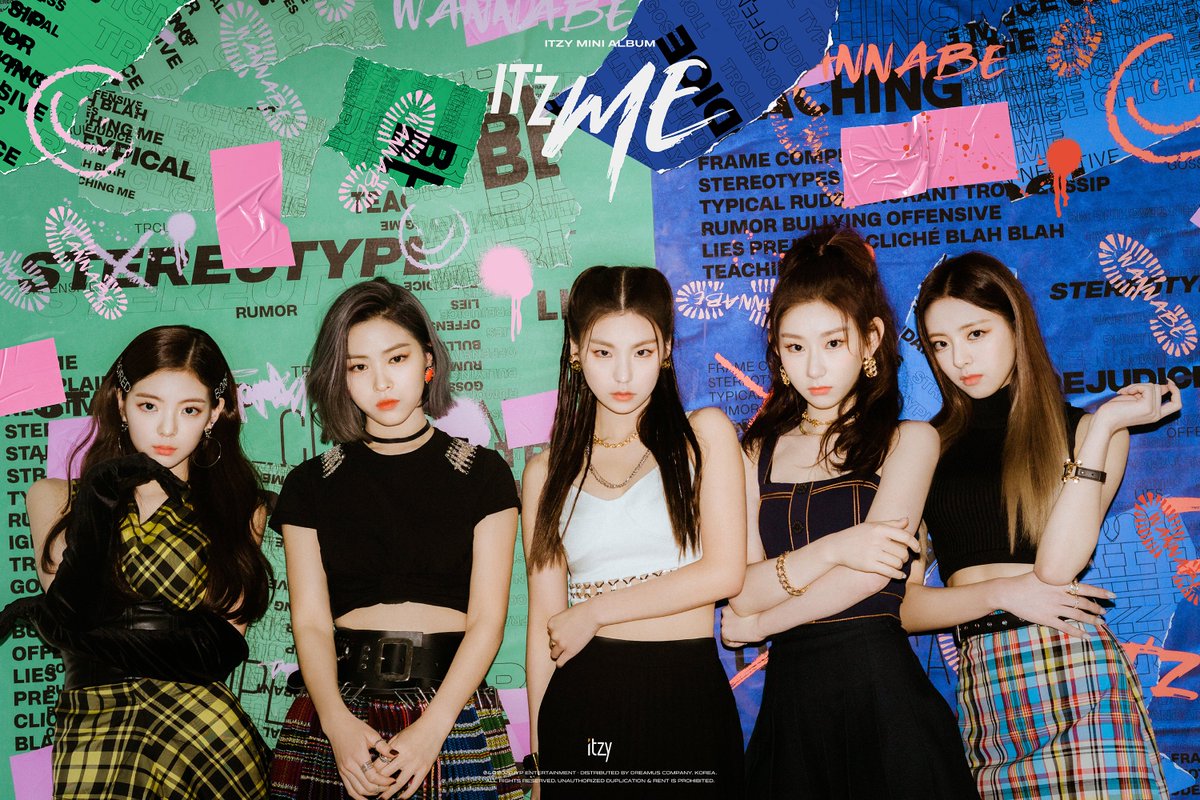 Apologies for the lack of posts yesterday. I decided to take the night off and chill for a bit. But I will be posting the album review I had planned for yesterday, so I don’t fall behind any further. The artist in question is ITZY, who made their Wannabe comeback on the 9th of March. That means this album review is over a month late. Sorry again. But as I have saying a lot lately, better late than never. This is also my first album review for this high-achieving female group and my first impressions says I am very impressed. How so? Continue reading below!

2. Ting Ting Ting – IZTY continues the momentum that Wannabe had provided with Ting Ting Ting. And since the album’s release, I have been returning to this song (alongside Wannabe and a few others on this album) as it is so damn catchy and addictively energetic. The song features Oliver Heldens, who I am reading is a famous techno artist. I suppose he is the male voice that features during the chanting ‘La La La’ parts of the song, which was cool. I did notice a certain dull factor, when I compared this chanting section to the rest of the song. It was very minute but apparent to me. There is a bit of electronic influences in the instrumental, especially during the outro. But I am not sure if it is Oliver Heldens’ influence. The rest of the track seems to take on board a hip-hop type of profile, which I really enjoyed. (9.5/10)

3. That’s A No No – That’s A No No features an anthem-based sound, which helps drive the song to have an epic vibe. I like how the group doesn’t like they are messing around with the song. There is a very serious tone to it, despite it also being very catchy and addictive. I also thought hip-hop influences were very strong. The chorus has to be my favourite part, especially with Yeji and Lia’s lines in the chorus. With that being said, I give huge ticks to the vocal department in this song. The rapping was actually a miss for me, as I felt the trap influences in that section were too typical for my liking. But apart from that, fantastic song. (9/10)

4. Nobody Like You – Nobody Like You reminds me of the rock songs you would get from all those Disney shows in the past (back when Disney was in its prime). In addition to that nostalgia for me, the rock influences give off a head-banging vibe, which was very fun. There was a lot of other textures in the song, such as the heavy-thumping drums and some smoothness when they bring in the backing vocals to perform a choir-like backing. Both the rapping and the vocals were very pleasant, which is an odd term to describe a rock song of this nature. The members keep the song quite light and refreshing, which makes it a good song to keep returning to. (9/10)

5. You Make Me – I will be frank, I am disappointed with You Make Me. I thought the instrumental was interesting, as it hard a dirty type of hip-hop feel to it. And given it is a song with strong hip-hop roots, the rapping really shined in this song. Ryujin and Yuna really showed off their capabilities in this song. The vocals, on the other hand, was a hit and miss. The ‘You Make Me … Speechless’ is very memorable, without any doubts. The rest of the vocal work just didn’t sound good in this song. Sorry, but I had to say it. (7/10)

6. I Don’t Wanna Dance – I Don’t Wanna Dance is another pretty cool song from the group. The song, while there is decent melody and rhythm, actually isn’t a song that would automatically make you get up and dance to (relative to their other tracks on the album). It doesn’t have that appeal and the energy the song could have put on display was pretty much suppressed, which is why the song is interesting to me. But as mentioned, this doesn’t make the song terrible. The song still has the capability of having a performance and there would be an interesting chemistry in that regard. The rapping and vocal work in this song was also quite cool, which brought lightness to the song. (8/10)

7. 24HRS – We end the album with 24HRS, which is very different to the other JYP-based song titled 24 Hours. It is a fun track that brings together the some of the highlights of the album. The hip-hop vibes, the good vocal and rapping styles that I enjoyed on the album, the usage of chanting for the chorus, the addictive melodies. It had it all. It did end up being rather typical for some odd reason, as I didn’t really get much uniqueness from this song, in comparison to what else we have heard on this album. But it is still good. (8.5/10)