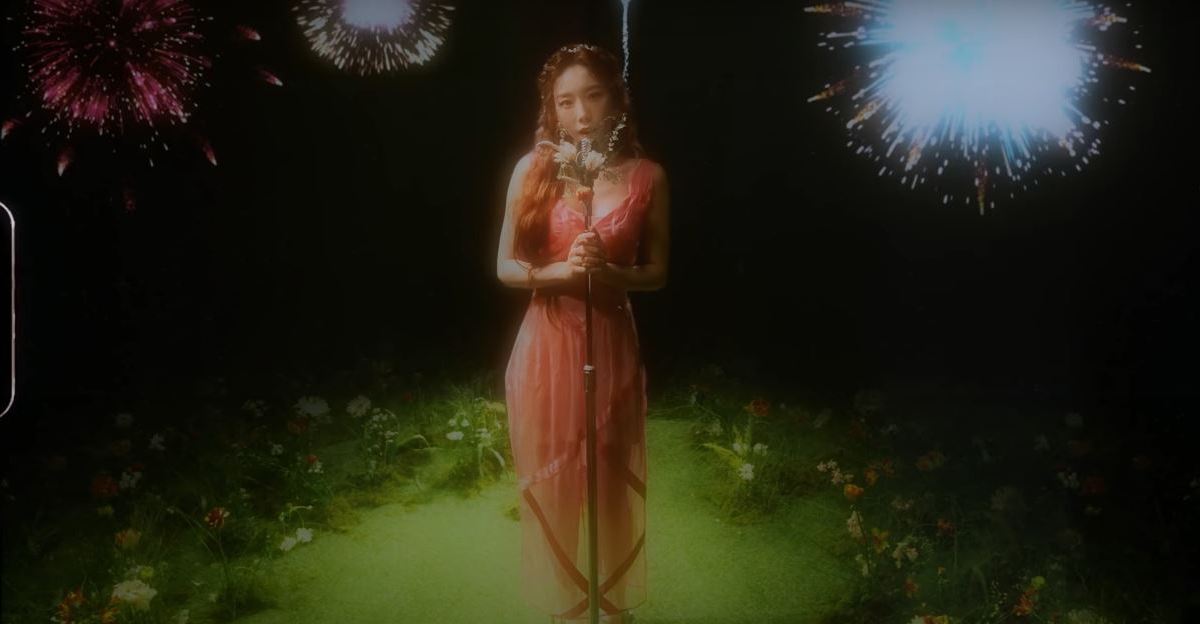 Today, Taeyeon makes her grand return with her single, Happy. This comeback was meant to happen 2 months ago on March 9th, which is also her birthday. But due to her father’s death on the same day, the decision was made to delay the comeback up until a week ago when the new single confirmed its new release date. Before I begin the review or go any further, I would like to express my condolences to Taeyeon and her family for their loss. On a happier note, this is Taeyeon’s first comeback since the release of her second repackaged studio album and the title track, Dear Me.

Happy is the first release of May that will be a tough digital contender throughout the month, as is the case for most of Taeyeon’s releases. And listening to Happy, you can tell there is a certain level of boldness in this song that is needed to achieve high rank on the charts. For Happy, this boldness comes in the form of a deep and loud thumping drum, which not only gives the song boldness but it also adds a little cute flair to the song which makes it extremely appealing. The song is said to combine old school doo-wop and R&B to create such a heartwarming and wholesome song. And it is because of these feelings that just make you want to smile. Adding to the really positive atmosphere that comes from the song are Taeyeon’s vocals. They just feel down to earth and really captivating without the singer pulling out crazy vocal chops. In a way, she keeps to a simple presentation and I quite like this. The melodies were just so flowy and this too adds to the appeal. Altogether, the song manages to bundle happiness in a 3:46 minute track.

I am not too sure if this is the original music video that was meant to be released. But I find the video to be extremely relatable (not including the fridge positioned in the middle of the living room) to the current circumstances that we find much of the world in at this moment. I wonder if this was the intention of the music video, if it was not re-filmed to be applicable to current times. Essentially, we see Taeyeon enjoy her time alone, with what I assume is memories with her love one. We also see Taeyeon in a fake field, surrounded with flowers. This may be an artistic choice, or it could be due to the restrictions in place around the world. I thought this was a great video. The lighting was extremely bright and complimented the happy tone of the song. I would say the music video was simple to a degree, as there wasn’t much going on. But it managed to work with the song.