TWICE returned over two weeks ago with MORE & MORE, which is the title of both their latest mini-album and title track. Unfortunately, it has taken me over the two week mark to actually prepare and post my thoughts on their album. While it doesn’t seem as long but TWICE have already wrapped up their promotions for MORE & MORE. That is the case for a lot of established groups now, as they can afford to perform with shorter promotional periods, which I find a fascinating observation. And they are most likely very busy with other schedules. But while TWICE is done with promotion, I am not done with this era just yet. I need to get the album review out, so let’s keep going!

2. Oxygen – One of the main drawing points of Oxygen is its instrumental. It feels fresh and is very unique. I really like all of those effects in the background during the verse, from those wavy effects that appeared behind Nayeon and Jihyo’s first parts in the verse and those clanging percussion synths that featured behind Nayeon and Jihyo’s parts when they appear next in the song (and in all their subsequent sections). The chorus also featured a very nice hollow/deep shimmering sequence, as well, which had a unique charm of its own. They all just gave the song a more dynamic touch and added some unique energy into the song. I also like how much energy they also add to the song through the vocals. The pre-chorus by the main (Jihyo and Nayeon) and lead vocalists (Jeongyeon and Mina) just showed some flair that really made the song so much more interesting. The ‘I really really…really want’ was extremely catchy. The only pitfall the song had was the rapping. It felt unnecessary and really awkward. But other than that, it is a great song. (9.5/10)

3. Firework – Firework opens up with a short Latin guitar sequence, before it becomes infused with some tropical sounds. The pairing of trends, you could call it. It seems like there are some beach sounds, just in case you didn’t get the summery theme of the song. And I will be honest, the instrumental isn’t that draining despite it being two of KPOP’s most overworked trends to date. And while there were some good vocal moments embedded throughout the song, there were a few that also set the song back a bit as well. For example, I just felt they dragged out the chorus just a touch too much, if you understand where I am coming from. I do like the rapping in this song, as it added a little changeup. It was also dragged out as well, but I don’t mind that. (8/10)

4. Make Me Go – From the very first second, I was enjoying the beat that Make Me Go was channeling. It felt mature and sensual in a manner that suits Twice so well. The upbeat nature of the instrumental and its funkiness reminds me of Breakthrough and I felt that this would be an excellent follow up to that track. I really liked how they infuse a bit of brass into the song, giving that extra hook (as I find brass elements in songs to be great appealing mechanisms). But the killing point of the song has to be the low chorus. It had me screaming internally. They sounded so good this way. However, while I was on board with this really cool and catchy chorus, it also brought the weakest moment of the song. The member’s ‘Do It’ felt unnecessary. If it didn’t have that one small detail, then I would have given this a perfect ranking. (9.5/10)

5. Shadow – Shadow continues the album’s direction of a mature sound. We have definitely gone far away from their earlier cutesy works when they first started out. Shadow feels like that track that established mature artists have been putting out for a while now. While its synth-based instrumental is rather plain, I do find the song to be quite easy on the ears, which makes it decent to listen to. Their vocal work is quite good, but I just wished that the song had that TWICE colour to it, which is noticeably missing. The strongest part of the has to be that (not sure what you would call it) but that humming stuff that followed the chorus. It just felt so smooth. I don’t recall any rap sequences and I feel like a mean rap sequence would have been nice to give the song some edge and subsequently stand out. But overall, a decent listen. (8/10)

6. Don’t Call Me Again – Don’t Call Me Again is quite rough around the edges thanks to its characteristic marching band style instrumental. If they found a way to really soften those edges a bit, I would have appreciated it more. More the most part, the song didn’t evoke any emotions out of me. The instrumental was quite linear and their vocal felt very expressionless. It is another song that felt it needed a good rap sequence to cut it down a bit and bring in some relief to the consistency. And I think it would have mixed in neatly into this song. Overall, a passable song. (6/10)

7. Sweet Summer Again – For some odd reason, I can’t tell if the song starts off with the sound of a crowd, a bunch of seagulls or both! I just can’t pinpoint regardless of how many times I listen to the song and thought it would be a funny thing to share. What Sweet Summer Again really brings back to the table is a bright energy, which has been absent for a number of tracks so far. And on the plus side, it feels like your typical TWICE song, based from the energy that comes from it. The vocals and rapping were pretty good . The song had decent hooks and I liked the 90s feel of the instrumental. Overall, a nice song to end the album with. (8/10) 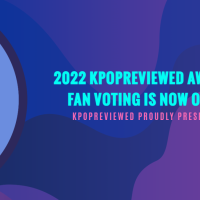