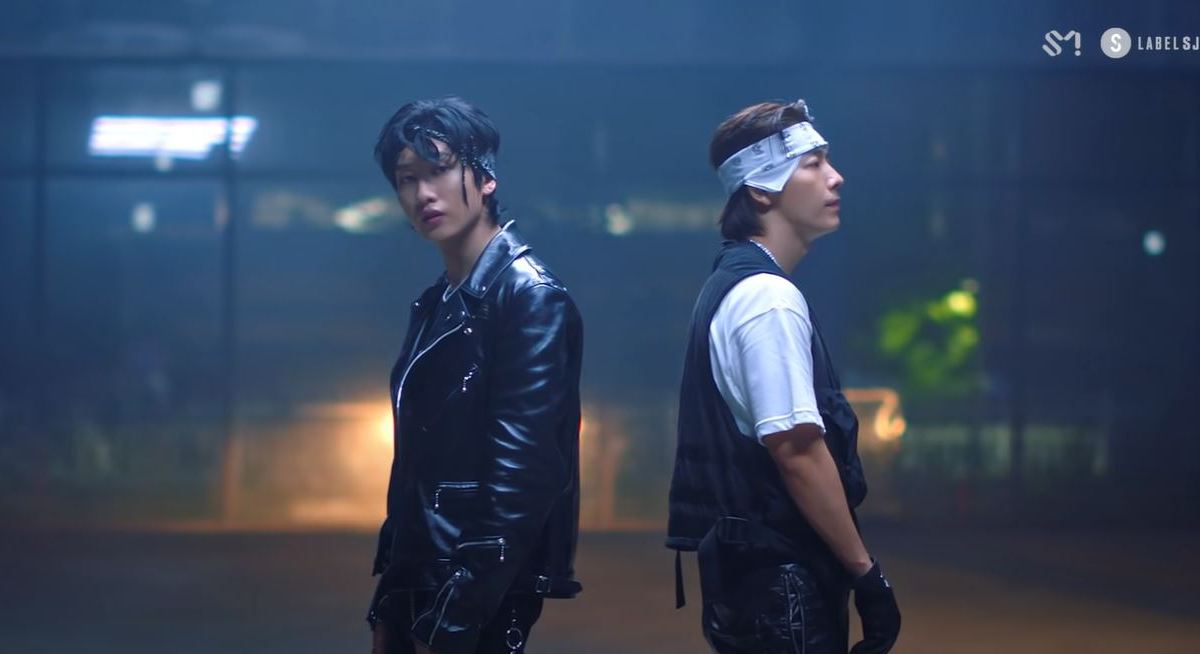 Super Junior-D&E has taken over the title as the most active Super Junior subunit over recent years, thanks largely to their annual comebacks that they have been having since 2018. The last time we heard from the pair (Donghae and Eunhyuk) was early last year with Danger, which faired pretty well. And after one year and four months, the pair returns with B.A.D and their fifth mini-album, Bad Blood.

B.A.D is a mix between the funky retro tunes that are slowly creeping back onto our playlists and the now classic trap genre. And it isn’t too bad of a mix. The funkiness comes through quite nicely through the use of guitar in the background. And I feel that the trap that is present in B.A.D is enough to give the song some intensity and fierceness. And everything was pretty sound, until we got to the bridge. And I quite like the bridge (it is one of the best bridges I have ever heard in a long time). But I question the need for the brief pause right after, which was filled with the cheesy ‘Bad…Bad‘. I felt like they could have bridged it better to the final chorus and avoided the whole cringe and cheesy ordeal. Similarly, I would have lost the ‘Na Na Na‘ at the end, which was layered on top of the rest of the track. There was a lot going on already and this additional layer also felt unnecessary. Aside from that, Donghae and Eunhyuk’s vocals are good. There were some good hooks that the pair presented quite well, especially when it came to the two-part hook, which as a whole was catchy. Their rapping packed a punch (as usual from the pair) and helped infuse more intensity and edge to the song.

I liked half the video and felt the other half was pretty confusing and dry. Interestingly, there was no story line to this video, so you might be wondering how I felt one half was good and the other half was confusing. Well, all the sections shot outside in the parking lot had a nice edgy feel to it. This is what I liked, which matched the whole idea of being bad. The whole sequence of them being caught being bad was a little funny. As for the confusion and dryness, that title went to the studio sets they shot in. I felt that wasn’t a good representation of whole concept. The whole idea of horses confused me at the start and I expected them to expand on that whole idea elsewhere in the video (which I don’t think they ever did). The sets also didn’t reflect the edgy vibes of the song and I felt the overly fast flashing lights for the tent they performed in was overkill.

While this is a good routine and the pair can still dance, I wished the moves were sharper and faster. This could have made the performance a little more impactful and not as soft at first glance. As for the best part of the whole routine, I have to vote for the bridge sequence (everything up until the brief pause).