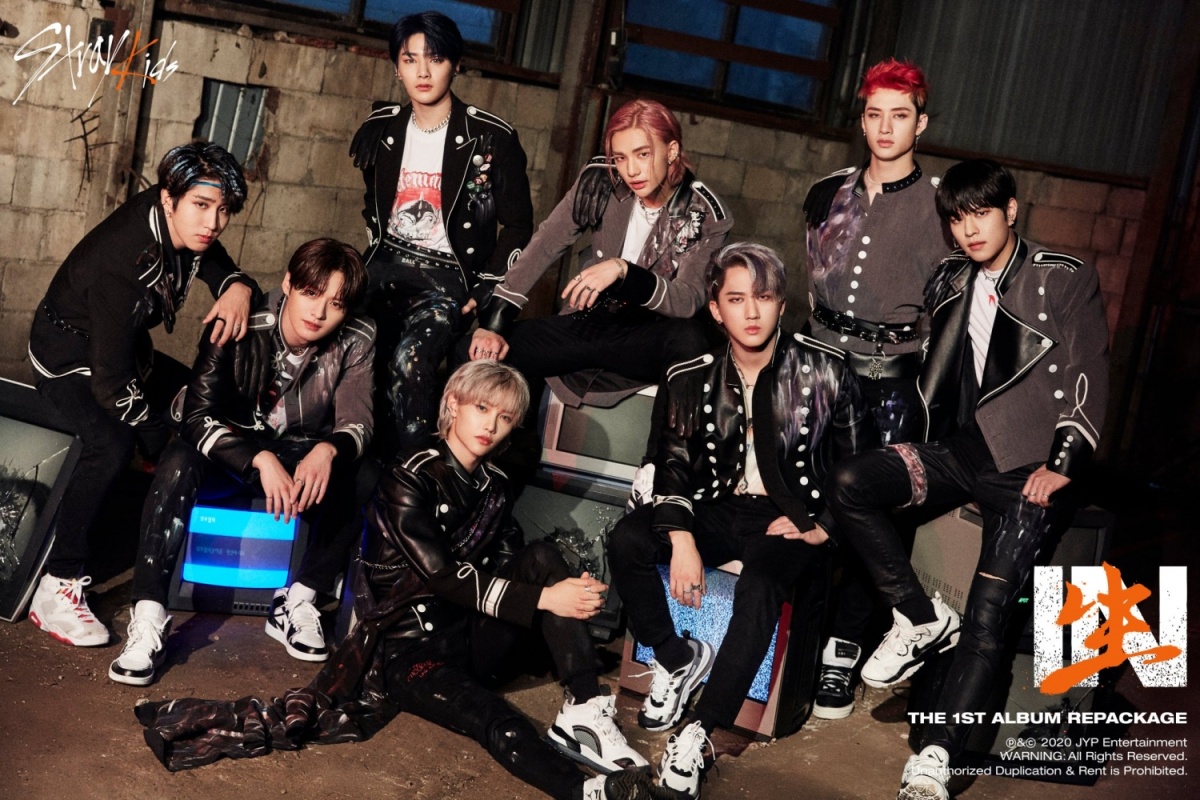 Stray Kids kicked off their domestic promotions this year with the release of God’s Menu and GO生 (Go Live) in June. After three months, the group returned with the repackaged version of GO生, now titled IN生 (In Life) and headlining the new album is Back Door. The group has since spent the last month promoting Back Door on the weekly music shows, earning two trophies along the way. On top of that, the group also managed to top my personal Weekly KPOP Charts three weeks in a row. Big feats, if you ask me. And per my usual horrible timing, as Stray Kids is about to wrap up their Back Door promotions, I slide in with an album review for IN生. I have a lot to say about each song, so without any further delays, here are my thoughts on IN生.

1. The Tortoise and The Hare (토끼와 거북이) – The repackaged album starts with an extended version (or full-length version) of the Go Live intro track from the original album. In that version, however, there was no references to The Tortoise and The Hare fable. In this version, the entire song is extended to feature that fable and this makes the track so much more fun. Following the lyrics and having that context really made the song a lot more captivating. I am unsure if that was the intention of the inclusion of the well-known story, but that is what I got from it. This bumps up the song’s appeal slightly, so I am willing to increase the song’s rating. However, majority of my comments from the Go Live review still stands. Click here to have a read of that review. (8/10)

2. Back Door (Title Track) – Given how much the song has grown on me throughout the one and half months since its release, I do feel that the 8/10 rating that I gave Back Door originally is not representative of my current thoughts about the song. I will bump it up to a 9.5/10 and update the review in an upcoming segment (sometime next year). Click here to read the full review for Back Door. (9.5/10)

3. B Me – The group tones down the energy with B Me. However, the group maintains the heaviness of the song preceding it so far thanks to the electronic instrumental. While that might be a good thing (as Stray Kids has definitely shown us that they can be versatile with heavy sounds), the instrumental for B Me lacks excitement for the majority of the song and this unfortunately drags down the song for me. It is without a doubt that the song’s instrumental was toned down to low excitement levels for the sake of the vocals and raps, which were posed with this emotive hip-hop style. Personally, I don’t mind the vocals and raps. The issue remains with the instrumental. For some odd reason, the song picks up suddenly infusing the ending with all this energy that could have been distributed throughout the earlier sections of the song. The energy and excitement rises exponentially out of nowhere and it is wasted as it has nowhere to go to. (6/10)

4. Any (아니) – As a person who doesn’t like autotune as much as others, you might expect me to dislike Any. But I don’t. The autotune in Any is quite appealing and one of the song’s strongest selling points. Take Bangchan and Felix’s ‘Blurred lines yeah yeah yeah, So many so many any anything ani aniyaya’ for example. It is the one line that is really keyed into my memory (and I am sure it is also keyed into your memories as well). Without the autotune, that one line (and the song in general) would be completely different and potentially not as dynamic or memorable as it was with the autotune. Similarly, the same can be said about the chorus. Unfortunately, the other parts of the song (verses and bridge) aren’t as memorable and were largely forgettable. (8/10)

5. Ex (미친 놈) – From the top of my head, Ex is probably their most emotional pop ballad release so far. The lyrics and the impression that Ex leaves on the listener definitely feels that way. I will say that this was probably my favourite side track on the repackaged album as the instrumentals feels quite soothing and calming. That is an odd description for a song about remembering one’s Ex and the slight angst that you do hear in some parts of the song (i.e. Changbin’s ‘yok yok yokhae’ post chorus). But that was what the instrumental felt like to me. The song also puts forward the group’s vocals, with all members singing or rap-singing. It definitely highlights the fact that Stray Kids is also a group full of vocalists which they have shown previously in the last. Sure, they are strongest with their heavy and more loaded dance tracks. But Stray Kids do have potential in the ballad realm of music. (10/10)

6. We Go (Bangchan, Changbin, Han) – I am sure that many fans are excited for a 3RACHA song. And boy, do they go in a very different direction to what they produce for Stray Kids themselves. We Go goes for a hip-hop vibe. It feels dark and very intense from the get-go. Jisung and Changbin’s rapping during the verses were both breathtaking (and I am sure it also took their breath away as well!). Chan brings some vocals to the mix, going with the more classical autotuned effect to fit in with the song. And his parts provide us with some opportunities for relief, so that we can recover from the slayage the other two members’ rap sequences dealt to us. (9/10)

7. Wow (Lee Know, Hyunjin, Felix) – To me, Lee Know, Hyunjin and Felix were the subunit that I had no expectations for. Mainly because I don’t know what to expect from these three members. This track had no input from the 3RACHA members, which left me more in the dark about what to expect. What Wow ended up being was another intense dance track that feels like it could easily been passed off as a Stray Kids track. There is nothing wrong about this, as the trio do end up infusing some of their own personality into the song that is all about developing feelings for someone they have known for a while. Felix’s ultra-deep and rough voice adds an additional depth layer to the song that really grabs your attention. The contrast between the impact that Hyunjin’s raps and the smoothness of his vocals was very cool. Lee Know’s promotion to main vocalist for this track is also a blessing! My favourite bit has to be when the three members sing the line ‘Just wanna be with you’ just prior to the final chorus. (9/10)

8. My Universe (Seungmin & I.N ft. Changbin) – It was expected that Seungmin and I.N’s unit track would be something vocally centric. It would have been quite a surprise if they went for something else. The vocals were quite vibrant and taps into their youthfulness. It radiates positivity energy, even though I couldn’t understand the lyrics upon first listen. The pop ballad and synth mixed instrumental isn’t anything that special. But I am glad that there is still room for relief from the harshness and intensity that the previous two songs brought to the album. My Universe also features Changbin, who brings some rapping to the song. It was a nice touch and adds something extra to an admittedly one-dimensional track. But it is still a great listen. (8/10)

I have previously reviewed the rest of the IN生 album in my GO生 album review. Click here to have read that album review!!