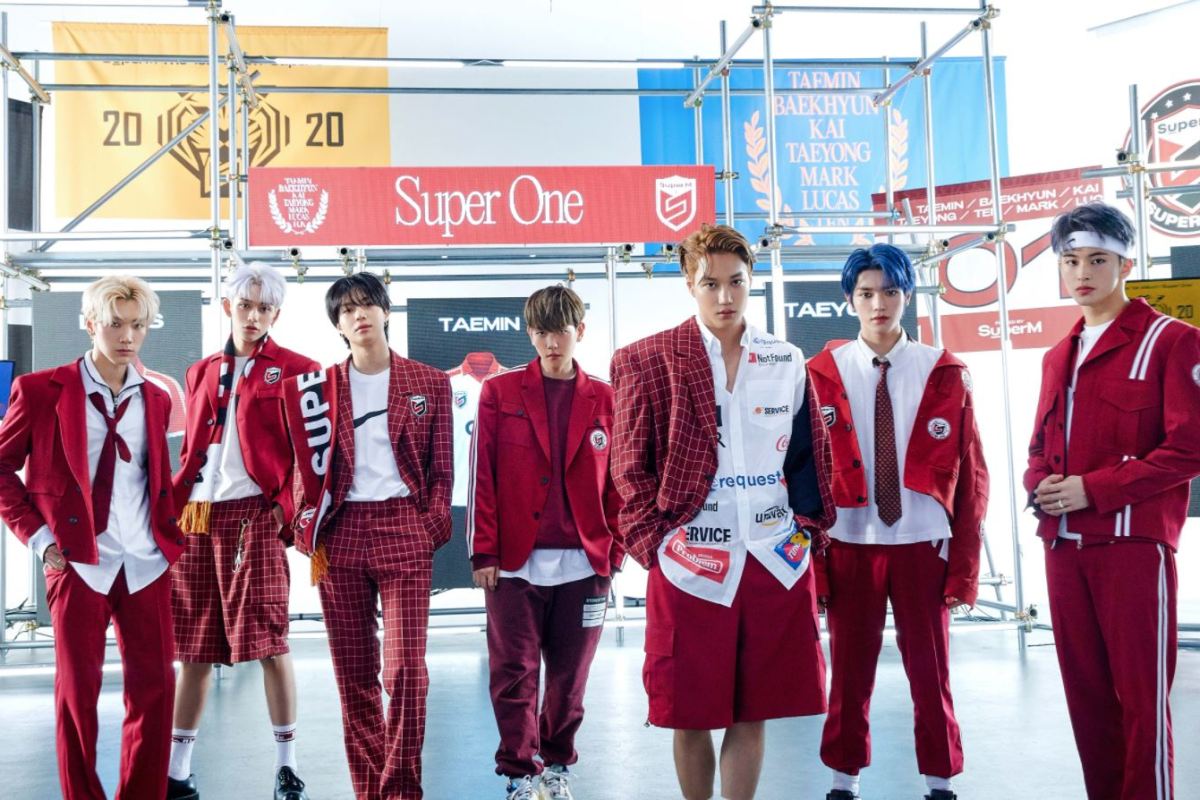 SuperM’s Super One is another September album that I really wanted to review. But I haven’t been able to get around to it until today, mainly due to its fifteen track length. Amongst the fifteen tracks, we have One (Monster & Infinity) as the title track and the pre-release tracks – Tiger Inside and 100. These three tracks I have reviewed before (links are below). SuperM surprised me with their vocals on this album – completely unexpected given their focus on dance-heavy tracks as their main promotional tracks thus far. Enough chatter though. We have 12 other songs to get through for this album review, so it is going to be a lengthy post.

2. Infinity – If you haven’t caught on just yet, one half of the title track One is Infinity. Most notably, Infinity’s chorus and Mark’s punchy rap sequence just before the final chorus were carried over to One, amongst other sections. Standalone, Infinity was an epic track. The instrumental is pretty choppy during the verses, but that just gave the song amazing texture. It might sound like just like messy noise to some, but I really enjoyed the song. Aside from taking the best parts of Infinity, Baekhyun’s ad-lib introduction was the next best part of the song. The only part that held me back from giving the song a strong 10/10 was the vocal bridge. I just didn’t like how it was presented nor how unimaginative the sequence was (in comparison to the rest of the song). (9/10)

3. Monster – The other half of the title track was courtesy of Monster. The verses of Monster mainly carried over. And once again, I felt whoever joined the songs together took the best part of Monster. The chorus here felt like a letdown, unable to channel the energy and momentum that the verses were building up and towards. It is more vocally centric, which I didn’t expect. I was more under the impression that Monster would be a song that is ‘more in your face’, but I didn’t think we got that in the final product. Overall, if I had to select one of the two songs – Infinity was superior by a long way. (6.5/10)

4. Wish You Were Here – Wish You Were Here has this mellow reggae instrumental, which feels quite unique from the get go. This song is the first of many on this album that blows me away with the vocals. The harmonies made this song ooze out whilst listening to it. The catchy ‘ba ba ba-ra…’ hook was smooth and addicting. However, these positives just wasn’t enough to outweigh the negatives. There was this one-dimensional nature behind the rapping and the song felt quite repetitive by the time we reached the end. (7.5/10)

5. Big Chance – I definitely like it when a song impresses me within the first few seconds. Big Chance does just that with its catchy opening hook. It definitely shows off their vocals chops, with blissful harmonies and an easy-going melody. Both of these aspects allow the hook/chorus to speak volumes by itself, opting for minimal instrumentation. Other parts of the song opt for the same concept, while others incorporated this laid back tropical background to help fill out the song. What I liked the most about the song is the rapping, which is a ‘return to form’ after the previous track. (9/10)

8. Better Days – Better Days is one of the songs that caught my attention when I was vetting the album. It is a ballad, something I didn’t actually expect from SuperM at all. Better Days starts off with a simple piano and finger clicks instrumental combination at the start. It slowly builds by adding a slight organ synth during the first chorus, before adding even more percussion once we enter into the second verse and guitars in the bridge. Once again, amazing vocals and harmonies headline this track and the rapping fits effortlessly into the ballad without feeling ill-fitting or one-dimensional. I really enjoyed away the way they sing the title in the song, especially during the final chorus. So perfect. (10/10)

9. Together At Home – Together At Home is another song that impresses from the start and drew me in during the vetting process. The main drawing point to me with this song is the ‘Dala, da, da la…’ hook that makes up the chorus and features at the start. It is simple vocal hook, but one that is pretty effective. I also like the groovy 90s electronic bass instrumentation of Together At Home and how it repeats the catchy melody in instrument form. The vocals and rapping are superb in this song, both working together harmoniously to make this another strong song. (10/10)

10. DRIP – DRIP features another simple hook in its chorus (i.e. constant repetition of the title of the song). I really like it, even though it sounds like a persistent leaking tap (which I find to be quite annoying – especially as you are falling asleep). The rappers take the edge in this particular song, giving the song some much needed oomph. I liked the instrumental for its uniqueness, sounding almost like someone groaning but in an instrumental form. It sets the song’s serious tone, but it felt repetitive. (8/10)

11. Line ‘Em Up – Line ‘Em Up is SuperM’s take on the Middle Eastern (and based on the comments that I am reading on YouTube, South Asian – which might be a first in KPOP) flair trend that has been around for some time. This flair helps keeps the song distinctive. However, the song lacks that explosive feel or that wow factor. I believe that if Line ‘Em Up had that impact or explosive energy, the song would have been more dynamic and appealing to me. (7/10)

12. Dangerous Women – Blending R&B and EDM for SuperM produces Dangerous Women. Aside from the acapella moment at the start of the song and the vocals as a whole package throughout the song, Dangerous Women didn’t really cross any boundaries in music and felt relatively safe. I felt that the song could have benefited from something edgy, like a more abrasive EDM touch or even some edgier sounding raps. Otherwise, Dangerous Women literally sounds like many other tracks out there. (7.5/10)

13. Step Up – Step Up is predominately a R&B song. However, instead of remaining safe and in a neutral R&B gear for majority of the song (which would have been a mistake for me – as the R&B side of the track is quite boring), Step Up literally steps up its game by giving the chorus a kick in the upbeat and energy departments. This changes up the song, giving it a refreshing appeal. Baekhyun and Ten’s ad-libs were definitely helped make the song even more alluring. (8.5/10)

14. So Long – An example of a R&B song staying in that neutral gear and thus remaining relatively safe is So Long. For So Long, I don’t think this is a relatively bad thing. There is this sensual energy coming from the song that calls for body rolls left, right and centre. Aside from the sensual atmosphere (which obviously is a superior form of R&B), one other thing So Long manages to do right are the vocal harmonies that features in the chorus. (8/10)

15. With You – Closing the album (phew, we are finally at the end of the album) is With You. And like most albums. SuperM keeps the best song for last. Given its placement at the very end of the album, I am knighting With You as Super One’s hidden gem. The subtle and held-back funkiness of the instrumental is so damn good. The vocal work, particularly Taemin, Kai and Baekhyun’s vocals, are so good. It is also the only song on the album that made me want to dance whilst listening to it, which would have been awkward at work. Hahaha… (10/10)