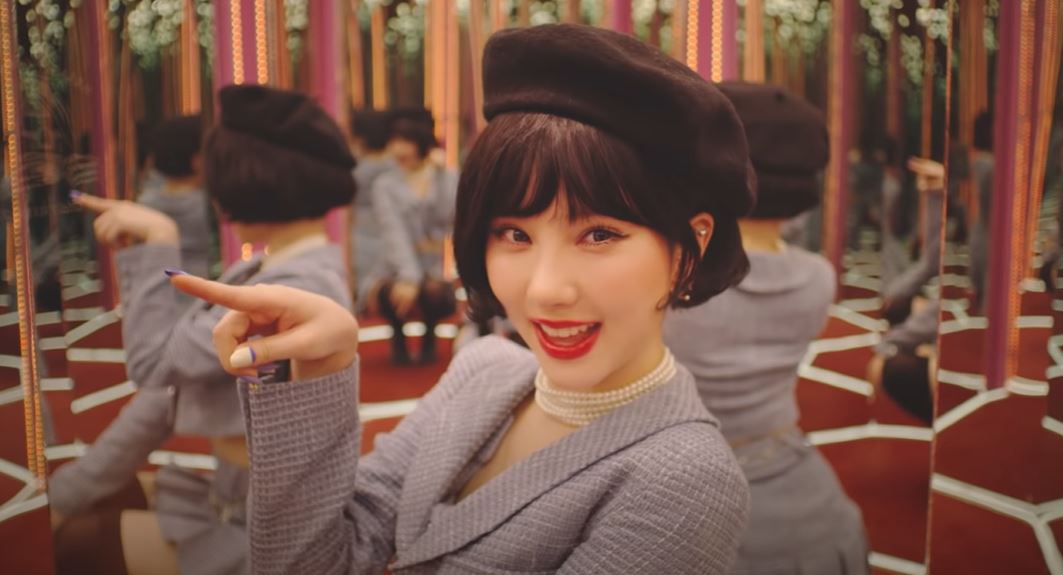 GFriend is back with their third comeback of the year! MAGO and 回:Walpurgis Night follows Crossroads and Apple as the third and final instalment of the 回 series. While Crossroads was a familiar sound for the group, both Apple and MAGO have strayed away from the usual GFriend sound. Each of the comebacks (including this one) have been executed flawlessly, so it definitely tells me that GFriend is definitely capable of versatility, though I think we we already know that from their earlier works. Where they go from here is definitely an exciting upcoming chapter for the group.

It is clear from the concept of the music video (and once you listen to the song) that GFriend jumps onto the retro train that has been picking up idol groups and soloists for pretty much the entire year. We have heard retro sounds from the group before, so this is pretty much explored territory for GFriend. But MAGO manages to outshine those previous sounds by going with something a lot more vibrant and disco-y within the retro sphere. And per unspoken rules of the retro sphere, MAGO effortlessly comes off as catchy and a fun musical number. The entire chorus was definitely the highlight of the song. The melodies during this section catch on quite quickly and it doesn’t help that the members deliver those melodies with such a cheerful persona that you cannot deny is there. I also enjoyed the background lines (i.e. the whispering ‘Yes you‘ and high pitched singing ‘Hakuna Matata‘) that really popping out for me. The verses were not as memorable, but I liked how the energy was consistently there throughout the length of the song. The lyrics, which has the simple message of being yourself, comes off with a little bit of attitude. I am not complaining about this as I love that it adds a bit of flavour to the song. Actually, my only complaint was that I felt the vocals were slightly over-processed. But the more I listen to the song, that observation is slowly dwindingly away. MAGO definitely makes me ‘feel so high’.

I love the retro concept that the producers opted for. There was no holding back, with the sets, outfit and overall atmosphere taking on a retro flair. And that cheerfulness that I mentioned before was carried over into the music video via the members. Epic moments of the music video has to be when Sowon rips off her suit, Sin.B’s sparkling red outfit and Yuju’s pole dancing and disco ball-ing (?). I also wonder who the music video connects with the rest of the 回 series. I have a theory, as I think there are elements of the two preceding music videos (and possibly other music videos) in this video (i.e. the red drink, Sowon’s suit amongst other things). Though I am wondering if anyone has any theories of the possible storyline yet.

I really like the MAGO move and the retro vibes that the choreography channels from the song. Other than that, nothing really sticks out at me. But as a whole, it was a good routine.

One thought on “[Review] MAGO – GFriend”