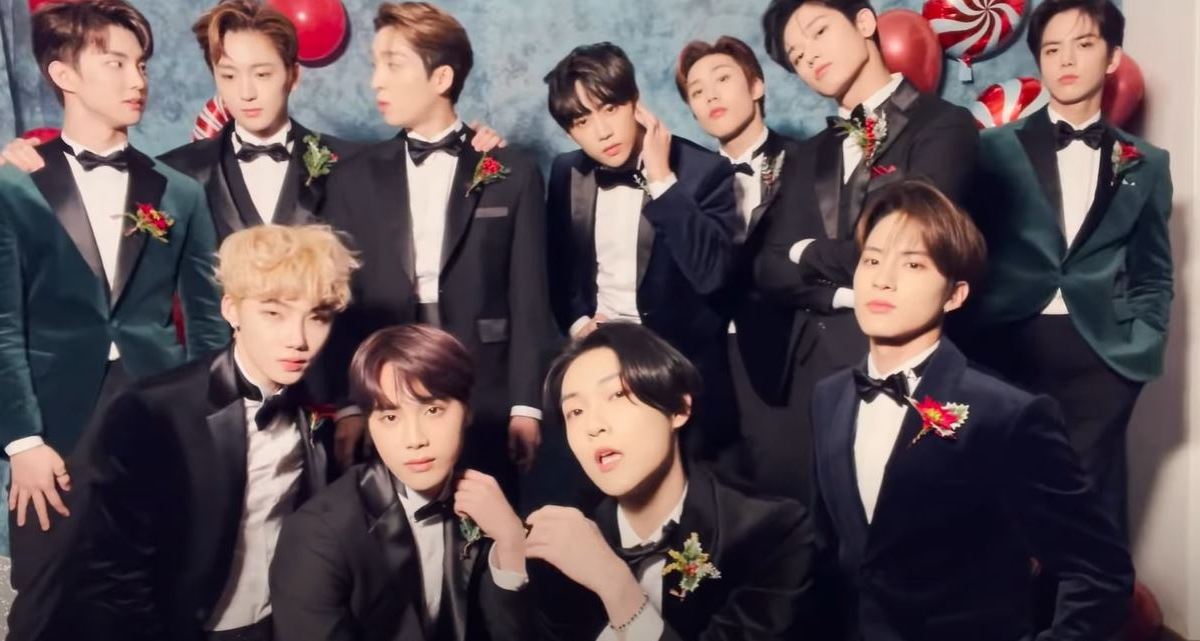 The Boyz is nominated for Best Male Group, Rising Star and Best Male Group Performance (for The Stealer). Have you supported The Boyz in the 2020 KPOPREVIEWED Awards? Click here to do so now!

With December in full effect, we start humming the many Christmas carols out loud and we start hearing songs like ‘All I Want For Christmas Is You‘ play in the background of our shopping trips (it has already started to chart on the Korean music charts!). On top of that, we also see our favourite KPOP idols Christmas themed songs. The Boyz kicks off the trend with Christmassy! this month, which also commemorates the group’s third debut anniversary. Usually, I reserve these songs for Christmas Day and don’t review them. But this year I don’t plan on posting anything on Christmas Day (I will be on a two-ish week break around that time), I thought I review it now.

Christmassy! is obviously a light-hearted track and is designed to not be taken seriously, which is completely different to their previous tracks this year (i.e. Reveal and The Stealer). The jingle of bells plays throughout the video, reminding us constantly that this is a Christmas-themed track. That is, if you don’t already detect the theme from the Christmas themed title and lyrics that form part of this song. Even though the song isn’t to be taken seriously and is a nice gift to their fans, Christmassy! does have a few nice elements that make the song enjoyable to listen to. I really like the vocal work in this song. There is a lot of smoothness in this song and the vocal work is relatively light to fit in with the light-hearted side of the song. There are really nice harmonies in the pre-chorus that just made the song sound so pleasant. Even the rapping was tweaked to be playful and fitting in with the light tone of the song. The hooks aren’t that strong, but they do have a nice ring to them. And that sometimes is enough to really help make the song more enjoyable. Overall, Christmassy! is quite nice to kick back to this festive month for KPOP fans and it bound to help spread some of that festive cheer!

Do you want to smile more widely or have a bit of a laugh? Then Christmassy!‘s accompanying music video might be just the one for you. As mentioned before, this isn’t a release to be taken seriously. And this is well reflected in the music video. The video seems to be self-filmed or filmed by someone (maybe a member who isn’t on screen) on a mobile phone, capturing what looks like the members trying to compete to be the ‘prom king’ with the viewers. We see the members go above and beyond to ask the viewers to go with them to this Christmas themed prom party. There are also some great references to some memes throughout the video and there were a few moments that made me chuckle.