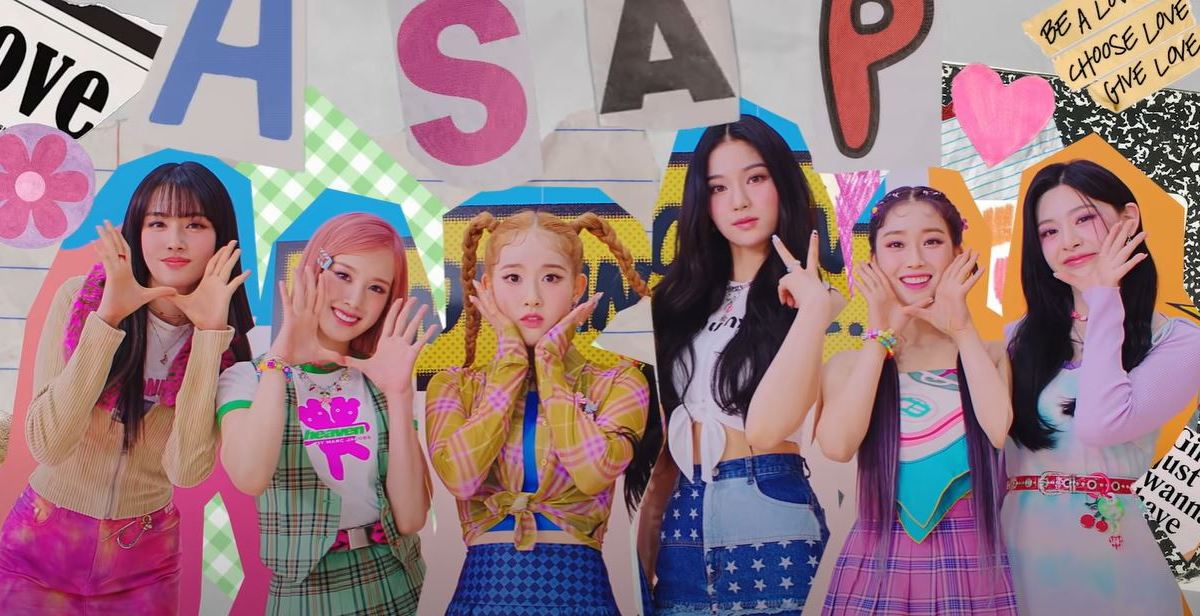 It is time to review a song which I should have done so many weeks ago when the song was first released. The song which I am speaking about is STAYC’s ASAP. For those who don’t know, STAYC has been garnering a lot of traction with the release of ASAP. Their song has been rising on the music charts in Korea and their music video has already pulled in over 20 million views since its release a month ago, a rare feat for a newly debut female group. ASAP follows STAYC’s debut with SO BAD, which I have previously reviewed. Their debut song faired fairly well based on my standards. Will ASAP do the same? Continue reading to find out.

The main reason to why I didn’t jump right into reviewing ASAP when it first came out (aside from time constraints) was that the song didn’t really appeal to me at first. It sounded generic initially with its unimaginative pop approach, in combination with the song’s (what I thought at the time) dull instrumentation and synth hook. However, a lot can happen in a month. And since the song’s release, ASAP has managed to weave its way into the category of songs in which I would describe as pleasant. The synth hook (i.e. the short but repetitive flute-like high pitch synth) is literally keyed into your mind after many listens. Instead of the initial plainness the synth featured, it actually had a very appreciable aesthetic, which made the song enjoyable. Similarly, I think the same can be said about the chorus, before and after those multiple listens. There was an extremely pleasing sensation that comes from the melodies of the song, and the metal xylophone they use in the chorus felt similar to ASAP‘s main synth hook. The plainness in which I felt initially from the chorus actually ended up being a charm to the song. I also find the song’s spoken delivery of the title ‘ASAP‘, as emotionless they sound, quite charmful. I also like the distorted piano in the bridge to be an interesting and aesthetic touch towards the end of the song. However, there are some things that the multiple listens just didn’t help resolve. Namely, the verses didn’t (and still does not) sound as nice as they could have been. Am I head over heels for ASAP? No, I am not. But I do think ASAP ended up having its own charms and unexpectedly pulled me in with said charms.

I am not surprised that the music video took a page out of the generic book. No number of listens or views for me would change my mind on the music video. While I appreciate the really bright colours and all the comic special effects, the music video just felt like any other video from a newly debuted female group. I would say that ASAP shows STAYC in cutesy mode, just without going overboard. But I felt the video was heading in that direction, for me at least. For the sets, I thought they were typical and added very little substance to the music video as a whole.

I really liked the cool factor that was present in the choreography, particularly around the song’s main synth hook. The same effect could be felt from the song and the choreography for me. It was plain, but it worked in harmony with the charms of the song, hence I ended up liking it. I also liked how they stayed in sync with one another throughout the choreography, which always gives off a polished look.