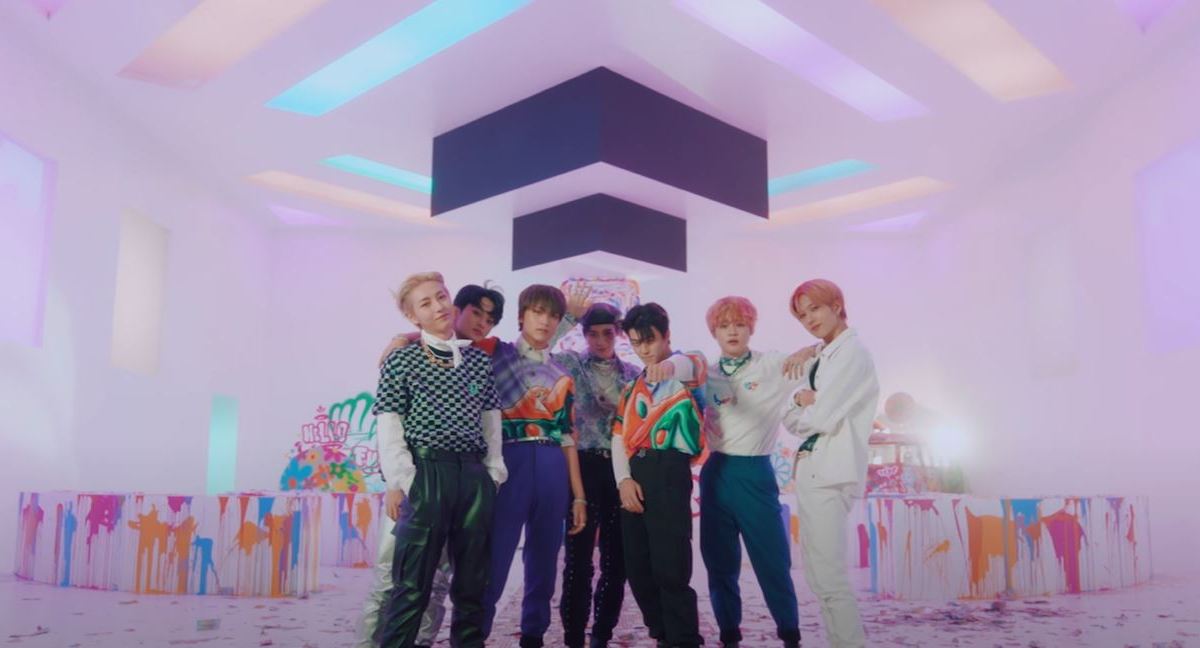 Also making their comeback on Monday is NCT Dream (apologies for the long delays in getting this review out). The NCT subunit unveiled their latest title track, Hello Future, and the group’s first ever repackaged album which shares the same name as title track. Hello Future follows the release of Hot Sauce (both title track and name of the group’s first ever mini-album). The full-length album featuring both Hello Future and Hot Sauce will be reviewed tomorrow as part of the Album Review focus this weekend. In preparation for that, I will need to write my full review for Hello Future, so here are my thoughts on their new song.

Hello Future finds that middle ground between their very youthful tracks that they began their careers with and their more mature sound that they have opted for in their more recent releases. How so? Well, the pop instrumentation that sits in the background gives off a refreshing and pleasant vibe that feels like a throwback to those early days. And it feels like a great Summer track, overall. Hello Future may not start off in this manner (thanks to that deep gurgling-like effect), but it does give off such impressions when we get to the chorus. It actually took me a few repeats to warm up to the opening verse because of that gurgling-like effect in the background, but getting through it to reach the chorus was definitely worthwhile (more on this in second). In addition to the youthful reminder via the instrumentals, the groups vocals in both rapping and singing brings forward that matureness. Compared to their early releases, NCT Dream’s voices (particular the rappers) have gotten pretty deep, which I assume is the reason why NCT Dream ended up going down the mature route of KPOP releases. For Hello Future, I liked how they capitalised on this unavoidable change. The singing vocals brought this insane level of smoothness to the song and kept the song grounded in a positive manner. The melodies we hear in the chorus are so captivating and stunning, and this is all thanks to the vocalists in NCT Dream. For the rappers of the group, their sequences provided some interesting contrast that made the song memorable and well-balanced. In particular, the sequences we get after the second chorus have the song some nice brief punches of intensity, which acted as a superb offset to the song’s pleasantness. But while Hello Future is an awesome song already, I do feel that the song had opportunities to be more dynamic, especially when it came to the ad-libs at the end of the song. It felt pretty safe and ‘in the box’. What they needed was to venture out of the confines of said box to ensure this song hit a home run. But as of now, it was still a very enjoyable song from the group.

To me, the group are portrayed as hippies in this music video. From their outfits, to the ‘natural’ accessories, to the peace signs we see on their posters and signs, everything felt very influenced by the hippies we associate from the 60s. Note that everything has been modernise to fit this era. I doubt hoodies and sweatpants were the 60s hippies go to attire. But I think this was a smart concept for the group to follow through with. The song’s message was ‘overcoming struggles to grow together with love and trust’ (taken from Soompi) which is a very hippie type of messaging. And they did so by crashing a very competitive Soccer game, bringing the two teams together to join them in their pursuit for love and trust.

I really enjoyed the choreography for this comeback. It might not be their best work out there, but I feel like it was a good fit for the song. I liked the incorporation of – what I like to call – the royal hello (cupped hand and a slight turn of the wrist). I also liked their ending sequence, which brought a rush of intensity to end of the song with. This is a nice example of contrast, as I note their choreography beforehand was quite slow and mellow looking. But this intense rush at the end reminded us that the performance was a NCT performance nonetheless.