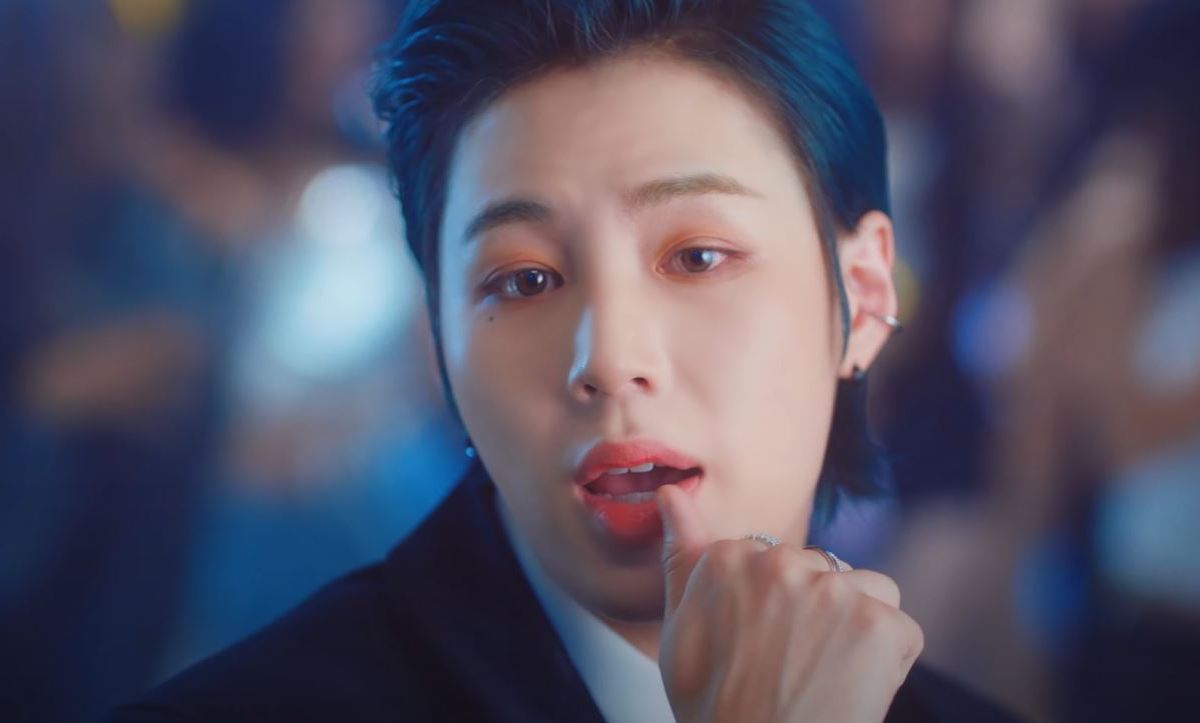 Apologies for another impromptu break once again. But I am back and will try to get through as many reviews over the coming few days. Today, I will be focusing on a release from Monday. Alongside ONF and The Boyz, Ha Sung Woon made his solo comeback with the repackaged version of his fifth mini-album. Originally titled Sneakers (which was also the title of the title track), Ha Sung Woon has re-titled the mini-album to Select Shop. Leading Select Shop is Strawberry Gum, which features Don Mills. Later this upcoming weekend, I will be fast tracking the album review for Sneakers/Select Shop as it has been on my radar for a couple of weeks for review already. But until then, here is my review for Strawberry Gum.

Personally, I feel Ha Sung Woon has an impossible task of upping the likes of Sneakers. It has become my favourite title track from the soloist, and its energy and vibrancy has managed to develop it into an addictive track. As expected, Strawberry Gum just doesn’t hit that same mark for me (let alone, surpass it). To me, I thought the new song lacked that vibrancy and energy that made his previous title track stand out and catapult it to the top. However, that doesn’t mean that Strawberry Gum is a bad song in anyway, nor did it lack such elements. It had all of that. But it just didn’t hit home for me. Strawberry Gum taps into the retro funk style of music that seems to elicit the need to get up and dance. The chorus was the peak of the effect. But the pull for this to happen just wasn’t the same as the previous comeback. Part of this was simply because I didn’t find the song to be that innovative. And the vibrancy just wasn’t as high as Sneakers. The song definitely played to his strengths, but it felt safe and was more of a ‘traditional’ take on the retro/funk genres. Don Mills featured in the second verse, rapping his way through the song. I liked how Don Mills didn’t distract you from the song. Rather, he blended in really well into Strawberry Gum, keeping the song consistent and helping drive the song forward. I think there was a bit of a sacrifice by keeping the raps close to the song’s profile, but I thought it was clever for reasons already mentioned. Throughout Strawberry Gum, I felt Ha Sung Woon’s vocals were very consistent and showed off some nice restraint. The most impressive display of such skills was during the bridge of the song. His delivery added some much needed oomph to the song, the high note we got added some smoothness to the song and the slight addition of autotune at the start of the section to accompany his vocals gave off some nice texture. Overall, Strawberry Gum is pleasant and nice. But if I were to pick, Sneakers is more up my alley.

Ha Sung Woon changes from a janitor to the centre of the party in the music video for this release. For the most part, the video is reflective of the song. Pleasant and nice. But it isn’t something that I find myself replaying because I thought it was gripping or captivating. Just pleasant and nice, for me. What I did like in the video was the different hairstyles that Ha Sung Woon had. I felt the hair stylists really outdone themselves with the four hairstyles that showed off different sides of the artist. I also enjoyed Don Mill’s appearance in the video. Always nice to have the featuring artist appear in the video.

But unfortunately, he doesn’t appear on stage. Instead, the rap sequence was delivered by Ha Sung Woon’s friend, Ravi (from VIXX). I liked how energetic the performance was and how bouncy the moves were. The moonwalk and the ‘Be-Be-Be-Baby Love Me‘ part in the hook were my favourite parts of the performance. I also liked the tinge of cuteness Ha Sung Woon gives the performance via his facial expressions, which I am sure fans enjoy.