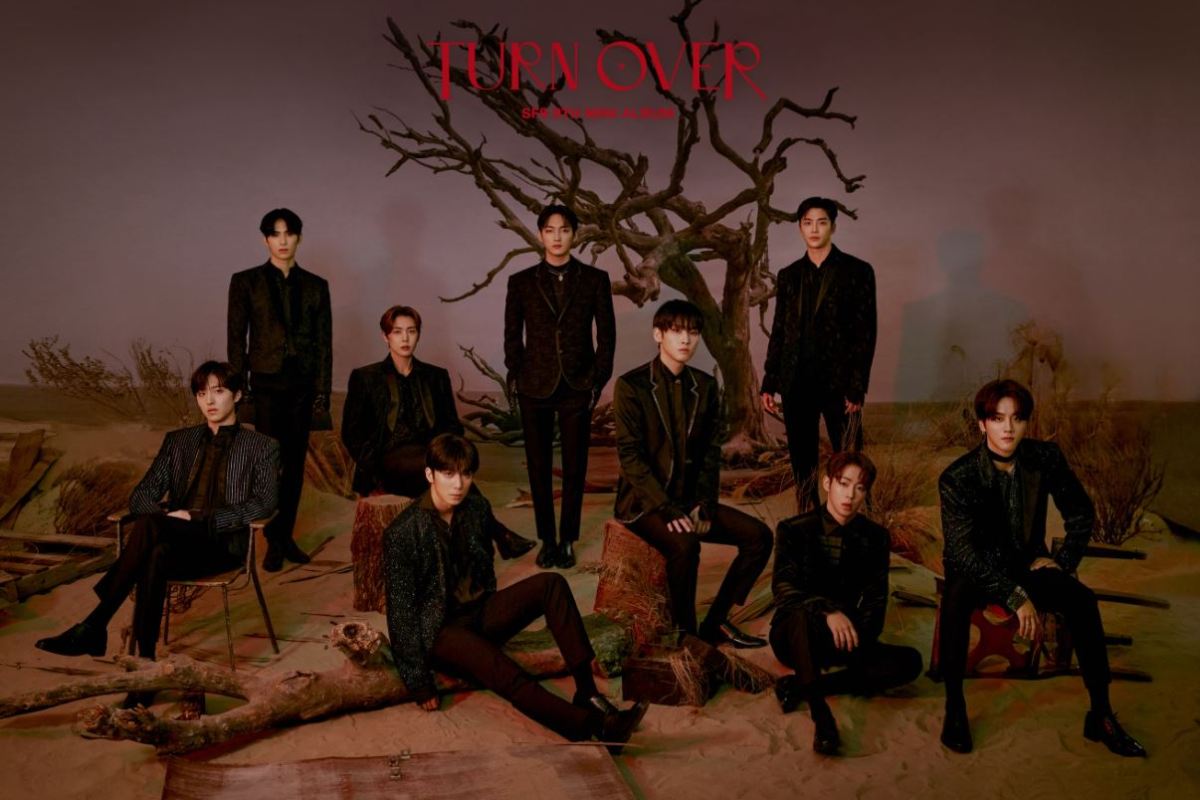 SF9 returned in early July with TURN OVER, their 9th mini-album since their debut, and the title track Tear Drop. This new mini-album follows the release of Special History Book, their special single album (which I didn’t review) that marked their fourth year as a group, which featured the special track Shine Together. It also follows the group’s participation in Kingdom: Legendary War, where they released |Believer| as their final round song (which is also featured on this mini-album). In other new, all nine members have renewed their contracts with FNC Entertainment at the start of the year. So that means that we will be hearing more SF9 into the future. But until then, here is my review for TURN OVER.

3. Love Again (한 번 더 사랑하자) – Love Again had a sweet and romantic vibe, which comes via the vocals and lyrics for me. It is also vocally centric, with the group putting their vocals on display and such vocals were extremely pleasant to listen to. The rapping was also quite fitting for the pop style the group had gone for. What makes Love Again even stronger is how appropriate the track sounds for the Summer season. This was thanks to the EDM flourishes that decorated the track. (7/10)

4. Off My Mind – Off My Mind is much more upbeat compared to Love Again, slipping into synth heavy pop territory. The synths brought out dynamic energy, which ultimately made the song so appealing to listen to. The vocalists did a really good job with their harmonization and breathy vocals in the chorus. The hooks they brought to life was also quite catchy and helped reel in more listens from me. The rappers definitely stood out and added to the dynamism of the song. (9/10)

5. Fanatic – Latin influences return in Fanatic. The track still stays within synth heavy territory, so this Latin influence doesn’t necessary repeat the same vibes that their more notable Latin-influence title track (O Sole Mio). To me, the combinations of the synths and Latin influence was a memorable sound on the album, and the synths gave Fanatic a lot of interesting texture. Vocally, the song showcased them proudly, while the rapping definitely added edge and SF9’s usual colour to the song. (9/10)

6. Hey Hi Bye – Final song the album is Hey Hi Bye. It continues the album’s reliance on synths. This time around, however, Hey Hi Bye delves into the retro world. More specifically, I think Hey Hi Bye features a heavy presence of 90’s new jack swing, but there are other retro influences in the song as well. It is all masked somehow by this consistent synth-like filter that complicates but also adds definition to the instrumental. It would be an understatement to say that there is a lot going on instrumentally, but it still an interesting mix nonetheless. I applaud the vocals who managed to stay on top of the instrumentation. They easily could have been masked by all the music. The rappers added depth to the song, which I think helped make it more dynamic. (8/10)