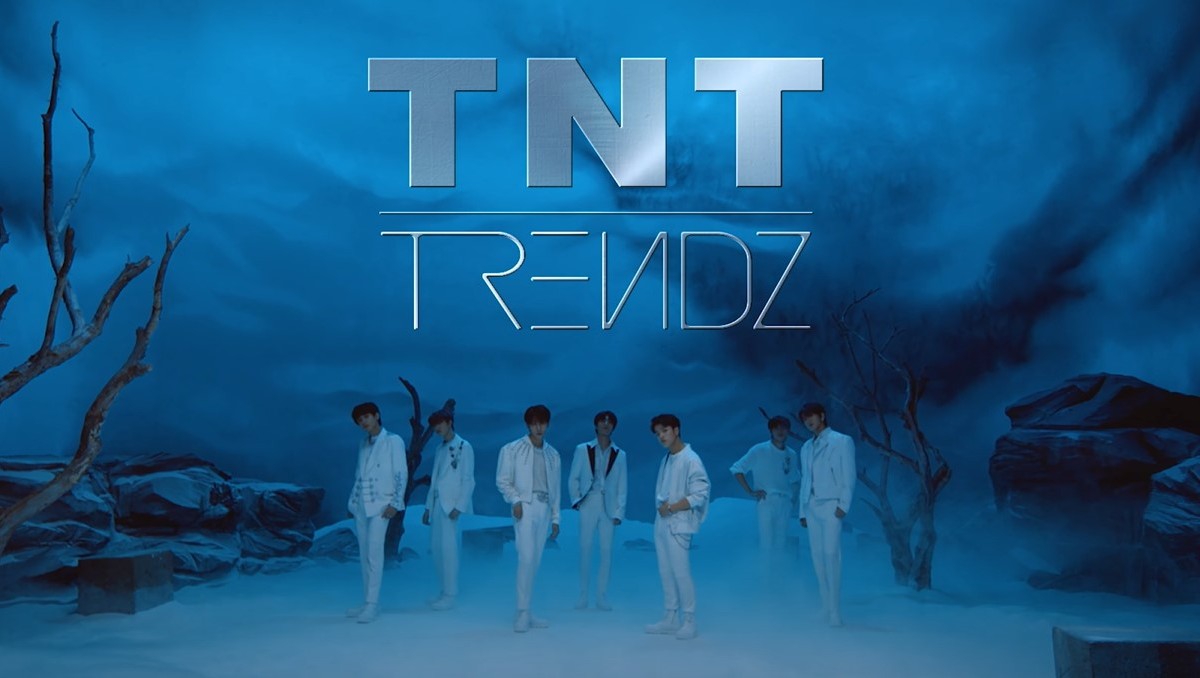 As mentioned the other day, this week is shaping to be a slow week for KPOP releases. This means that I would be able to review some releases from January 2022 or December 2021 that I haven’t done so yet. First up (and the theme for reviews today) is a rookie group. TRENDZ made their debut at the start of the year on January 5, with the single TNT (Trust&Truth) and the mini-album Blue Set Chapter 1. Tracks. They are a seven-member male group (consisting of members Havit, Leon, Yoonwoo, Hankook, ra.L, Eunil, and Yechan) under Interpark Music Plus (which is also the current home of LABOUM).

As a first step out of the gate, TNT (Trust&Truth) is not a bad debut track. But a lot of the track offers nothing new to the male group landscape in KPOP. There were very small parts of the song that I liked. But for the most part, the song falters and doesn’t feel as explosive as the title suggests (more on this in a bit). Let’s start off with the positives of TNT. I liked the smooth swipe that the initial line of the chorus (‘We can blow it up like TNT’) brings to the song. It rings on in my head once TNT wraps up, and something memorable gave me an excuse to come back for more. The rappers in this group are pretty good and give TNT a lot of additional oomph. The rapping at the start held strong promise for the rest of the song (though the instrumental could have been bit more dynamic here to really kick off the song). Their follow-up to the second chorus gave the song a much needed boost of edgy energy and was one of my favourite parts of the song. The deep-autotuned voice and the rapping in the bridge was also impressive and added a big kick. For the negative aspects of the TNT, I want to put down the instrumentation and vocals. If there is something that needs to be nailed, it was the instrumental. It is such a missed opportunity to produce a song titled TNT (i.e. an explosive chemical) and not have an explosive backing. A really good example of this lacking feeling is the rapping in the second verse, which felt lost and empty with an absent instrumental. As for the vocals, the vocal line didn’t really offer anything impressive like the rappers and felt very plain for the most part. The verses were forgettable and the rest of the chorus (aside from that initial line mentioned above) just didn’t pack a punch as it should of. Overall, it is clear that I wanted more from TRENDZ and TNT (Trust&Truth).

The music video takes on a dark and edgy look, which works well with the song. My issue with the video is that it was really hard to focus on the video, given the different shots the editors had jammed into parts of the video. Sometimes this technique does work and the music video can look impressive as a result. But other times, it just doesn’t and I feel that this music video falls into the ‘does not work’ category. In addition to that, I didn’t find anything memorable in this video and this combination makes it a blur.

The performance for this debut was quite impressive and I felt this was the strongest aspect of TRENDZ’s debut. I really like the intense energy they brought to the performance, which also unlocks hidden intensity in the song that I didn’t get from just only listening to the song or watching the music video. I like the powerful nature behind their execution of the moves, particularly in the chorus, where they gave it their all.