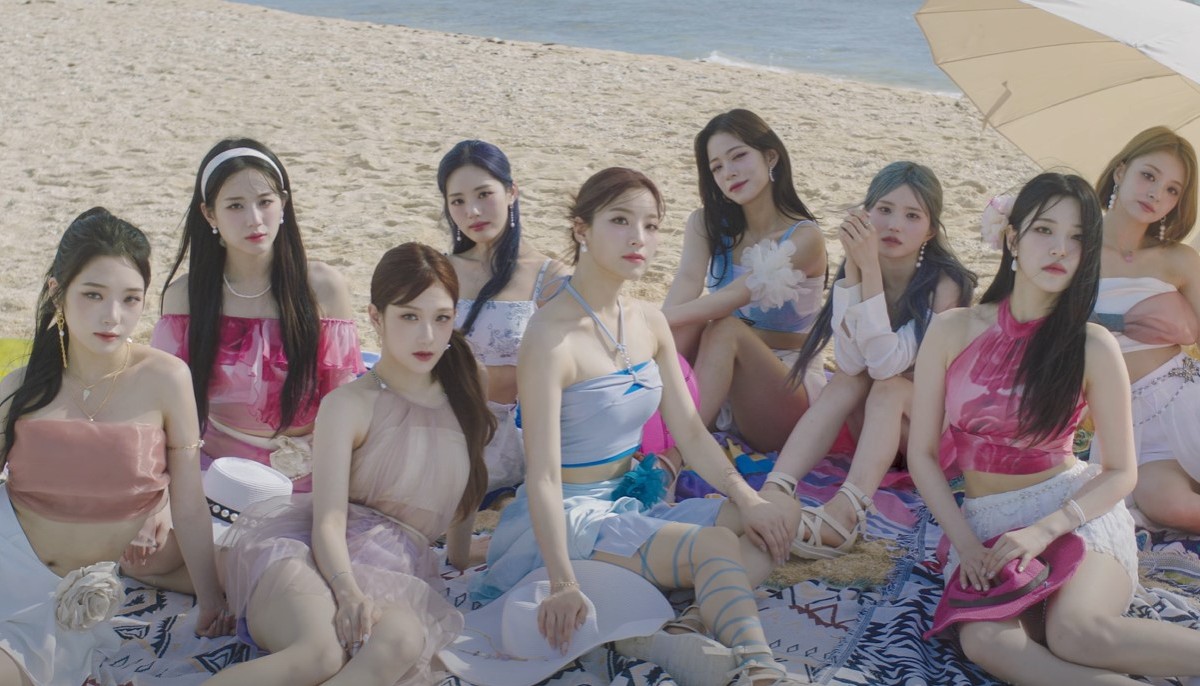 Making their comeback today is fromis_9, who returns with their new single Stay This Way and fifth mini-album, From Our Memento Box. This follows the group’s last comeback, DM, which occurred earlier this year and really stole my attention for many many weeks. The group was originally going to kick off promotions with a comeback showcase, but some members were unfortunately injured over the weekend in a car crash and the decision was made to cancel the showcase. It is currently said that the affected members do not have serious injuries, but it is currently unsure whether promotions can go ahead this week.

Stay This Way continues the pleasant nature that fromis_9 visited in DM. Majority of the song felt similar, and so Stay This Way thrives on the familiarity front – fitting for a song titled Stay This Way. Their vocals were super nice, and the melodies still had a bounce to them that made them enjoyable. I could also easily carry over DM’s description for the instrumental ‘a pop track with no frills, and is quite light, soft and pleasant (in a positive sense) as well‘, though I felt Stay This Way had a minute difference (more on that in a second). I am just glad that the producers have allowed fromis_9 to explore more of this pleasant style, since its suits them so well and DM proved to be a very successful for them. But there are differences between the song that makes Stay This Way its own song. One obvious difference is the presence of rapping, which I thought added a different dynamic to the pleasantries. But it is delivery in a way that is kept in line with the pleasant nature of the song. Is it the best rap performance? Not really. But it does the job and adds something else to Stay This Way, as already mentioned. Less apparent is the instrumental which I already mentioned to be similar. But I also felt that Stay This Way which had a slight kick to it thanks to what felt like a faster tempo to bring up the energy since it is a Summer release. The repetition of the song’s title was also a neat change and hook to the song, though unimaginative. Overall, Stay This Way carries on what I really enjoyed from their previous comeback but does what it needs to to be its own song.

Most of the video looks super fitting and logical given the current season the song is released in. I believe it also fits in with the lyrics of the song, as well. The members appear to having fun in the outdoors surroundings. When the members are smiling and look like they are enjoying the outdoors, the video felt natural. I believe the pale filter helps heighten this. However, there were moments when the members felt a bit forced, especially when they looking serious and throwing model looks at us during solo and unit shots. Not really the natural vibe there, to be honest.

Based on what I can see in the music video, the choreography for this comeback looks good. It seems like the chorus would be the most attractive point, as the chorus’ choreography parts drew my attention the most. I might return to this review and update it once a live performance happens.