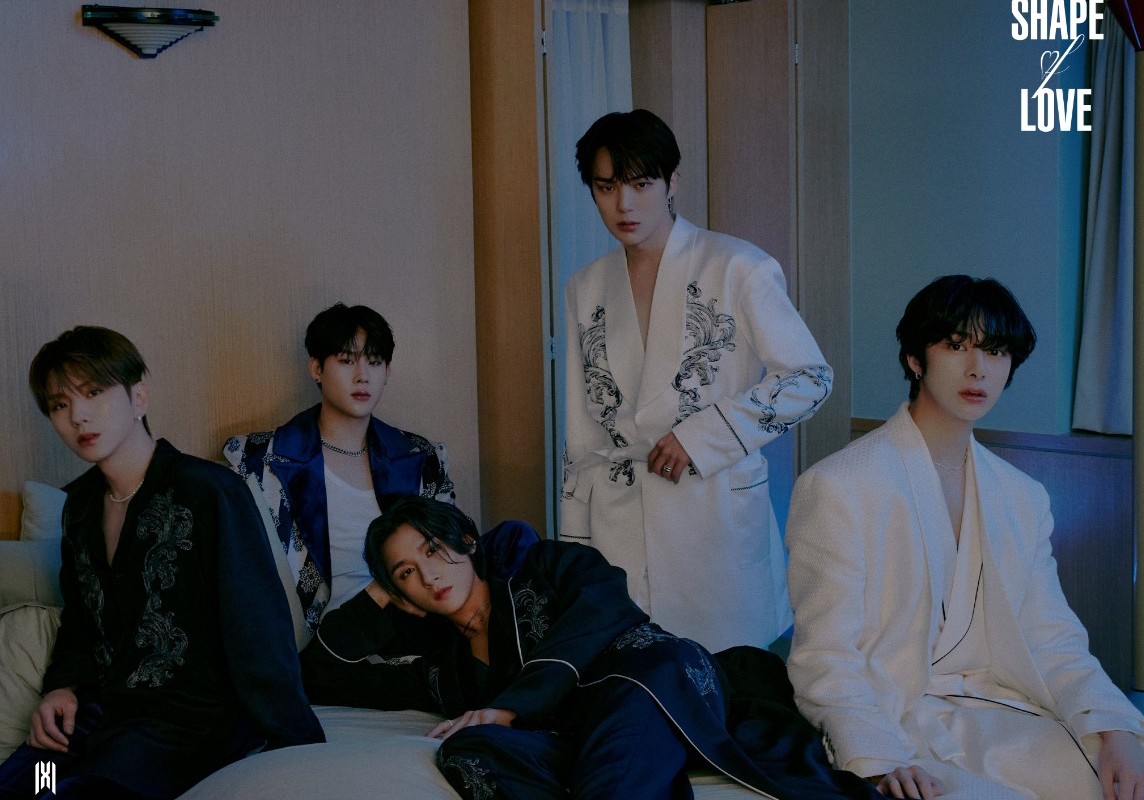 The next album review belongs to MONSTA X, who returned to the KPOP scene back at the end of April, with their 11th mini-album SHAPE OF LOVE and their title track LOVE. Out of all the albums that I have to catch up on, MONSTA X’s (with a few others – one of which I will be reviewing later this weekend) have consistently been on my mind to review. As part of this mini-album, LOVE is featured alongside five other tracks.

SHAPE OF LOVE proves that MONSTA X is still powerful and impactful as they have always been. It is another high quality release from the group, with a slightly different yet refreshing title track than usual and very strong side tracks. And with such another mini-album under their wing, I am glad we will be hearing more from MONSTA X into the future, following news that all members (sans I.M) had re-signed with Starship Entertainment to continue MONSTA X activities. And even though I.M had elected not to be part of Starship Entertainment, he reaffirmed with the news that he will still be part of MONSTA X moving forward.

2. Burning Up (ft. R3HAB) – Following the title track is Burning Up, a very addictive synth pop track. Despite having deep retro influences and groovy vibes, Burning Up was quite minimalistic. You don’t expect that with songs with retro influences, but somehow R3HAB managed to get Burning Up to do just that. Very interesting. The minimalistic approach of Burning Up allows the vocals to be the pure focus of the song, and the MONSTA X members sound so striking. The rappers, in particular, sung their way through track alongside the other vocalists. I found the simple repetition of the song’s title to be so catchy and effective. Overall, an interestingly simple yet bold track. (10/10)

3. Breathe – Another retro track follows Burning Up and the title track. This time around, MONSTA X opts to include brass, alongside atmospheric synths, in Breathe. If you listen closely, you can hear breaths in the background. Clever. I quite enjoyed the soft nature of Breathe, as it allowed the members to bring forth smooth vocals that had a lot of character and charisma. It isn’t as striking as the previous song, but Breathe was still pretty good. (8/10)

4. Wildfire – While the side tracks have been simple so far, MONSTA X adds a relatively more complex song to the tracklist via Wildfire. I don’t mean that in a negative manner, however. I am referring to the fact that Wildfire brings merges two types of instrumentation – orchestral and EDM – into one piece. This has been done before. But I don’t remember any song from the top of my head that has done this to be so stunning and captivating. I like the extra oomph that the vocalists got to show in Wildfire. But for me, the standout member is Joohoney, who really got to show-off via a fiery rap sequence in the second verse. (10/10)

5. 사랑한다 –사랑한다 (or Love You) was a nice sentimental song that was extremely pleasing to listen to. I don’t have much to say about the song as I think the song talks for itself. It was heartwarming, especially when they all sing the title together on repeat (the best parts of the song, if I am being honest). The rest of the vocals (including the rapping) were stunningly beautiful and clear. The instrumental, whilst generic, was pleasantly simple and suitably soft. (8/10)

6. AND – The vocal focus continues with the last song on this mini-album. There was an epic and grand nature to AND’s slow pop rock instrumental that made the song sound loaded. The vocals match wonderfully, helping to create a powerful atmosphere with the instrumentation. The slow paced nature of the song does dry out the song for me personally. But if you are looking for something more balladry on this album that isn’t necessarily a ballad, then AND is the song for you. (7/10)