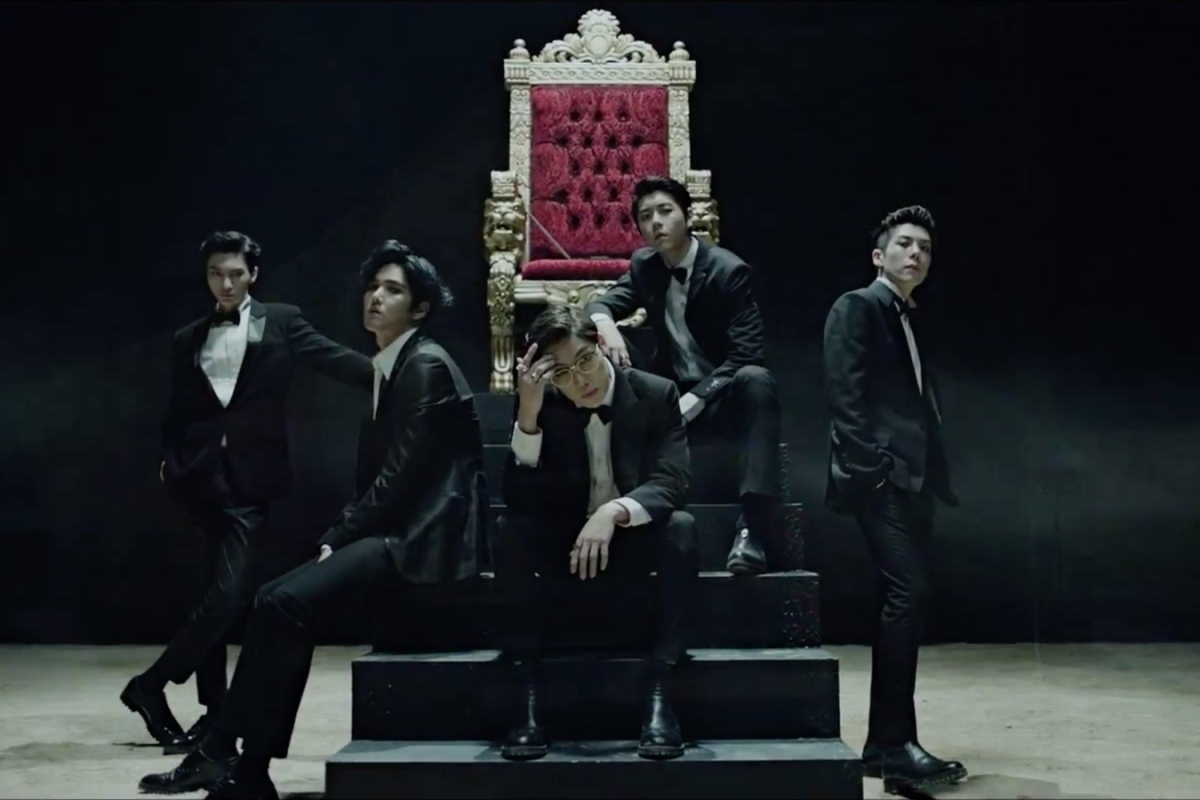 History has returned to South Korea after what seems to be an extremely long void without hearing from them. However, they spent the last year (or since their last promotions with Might Just Die) in Japan. They successfully made their debut in Japan and have released two singles (L.O.S.T and My Love). Both songs were featured as Korean songs on their latest mini album – HIM.

Jaws were dropped in the writing of this review. Why? Because this song is amazing. Minus the pronunciation problem that seemed to get on every international fans mind, this song is really good. The hip hop vibe is extremely strong in this song. Mixed with electronic and dance elements made it seem so much cooler. Heads were banging along and it soon became one of the most played songs. The song (just without any context) around sounds like they are insinuating towards something dirty but the lyrics are just backs that up. “Get on my back naturally and wag your tail”. Given how they were singing (and it was – again –  amazing), I don’t think this was talking about a dog (oh god…). The English is quite questionable. I get that is how Koreans pronounce Queen, but how about “We All Pac Man” and “Crazy Intoxication Historical Criminalization”? No cohesion on my part. The rest of it was okay though. Another thing that I loved about the song is the really sexy sounding saxophones. They added another element to the song and made it sound so much cooler. Despite the English, I think it is an amazing song and am totally digging it. Just waiting for it to be played at some parties.

Music video wise, loving the concept. Really edgy and it seems to push the boundaries… by a lot. Not exactly sure about the rest of the video, but damn their attire (especially the suits) is so good. It is not that I am hating the video or anything, I have played it once or twice and it still confuses me. So I end up just skipping the video and listening to the song by itself. The solo shots of the guys shirtless or drinking alcohol don’t really mean anything to the video (I don’t think). I just couldn’t link A with B in this video and if I did, I don’t think it would have made any sense. They are singing about the Queen and we got towards the end. But was the rest of the video just showing how rebellious and cool they were? Cause that was all I could piece together. I think the video would have been so much better as a performance video. To me, the dance parts were the best and they were the ones that caught my attention more.

As for the dance, 10/10. Damn, so cool. I think I loved just about everything about the dance. The small James Bond move that they managed to put in and Yijeong’s really standout move at the start. I don’t know. It just made everything feel more edgier and more unique. The one thing is that I was watching one of their performance and I forgot which guy (correction: it was Yijeong), but damn. His hair cut was horrendous and the eye makeup was too thick. I remember replaying the video just to make sure I wasn’t seeing things. Be the judge of it – watch it here.