As mentioned over the weekend, I will be going back to review some songs that I have missed over the past month. Today’s review is Strong, a collaboration between WJSN (Cosmic Girls) and Weki Meki. A total of 4 members make up their project group: Seola and Luda (from WJSN) and Choi Yoo Jung and Kim Doyeon (from Weki Meki). While I am not exactly sure as to why they collaborated, it may be the female version of YDPP, who ended scoring a CF deal with Pepsi.

I thought it would be an interesting collaboration and my expectations for the project single skyrocketed given how much I enjoyed YDPP’s Like It Love It. But the song ended being more boring and typical. It is still listenable, so don’t worry. However, I think the song could have been more dynamic and interesting. The song did have some strong moments and I wished the song built on top of these moments. Yoojung’s rap was pretty good, giving the song some momentum and managed to make it less repetitive. The chorus had a nice melody, which can become someone’s new ringtone. I just wasn’t impressed with the singing. Maybe it was the amount of energy that the song could have used via the vocals which could have given the song some more life into it. The pre-chorus was just a little too dramatic for my taste. Overall, Strong isn’t my cup of tea.

The music video goes into the cutesy side of KPOP. And while there have been some great cutesy videos from KPOP, I think this one misses the mark. While I like the sets and the colours of the video (which was all very vibrant and bold), I didn’t enjoy the acting. It was awkward and felt too exaggerated in some parts. And the addition of the serial killer in the background and long-haired Grudge lady was an attempt to serve as the humorous relief. But instead, they add to the video’s exaggeration.

I think the cutesy concept worked the best in the performance. I thought the choreography was nice and it didn’t seem to be as exaggerated as the music video turned out to be. 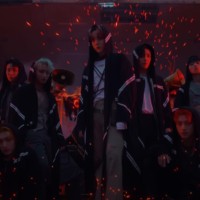 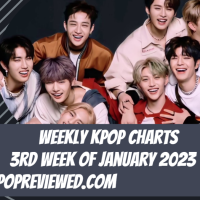