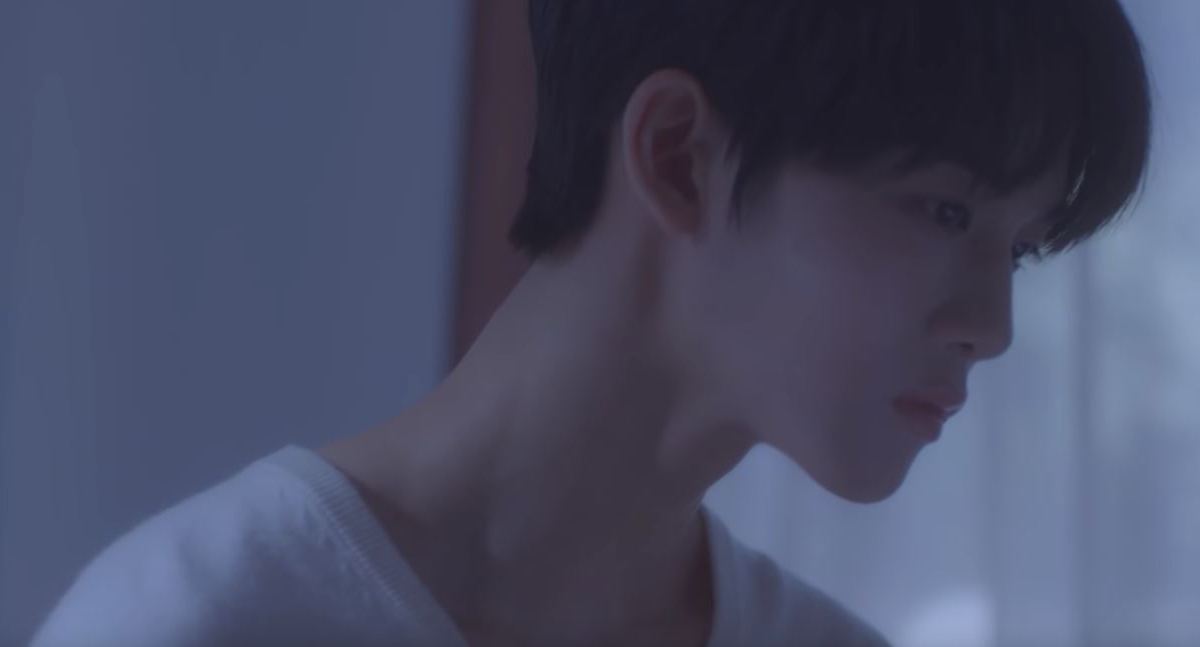 Major alert but today’s Wanna One reunion isn’t over just yet! I just posted my review for AB6IX’s pre-debut single. Now, it is Bae Jin Young’s turn.  Since departing from Wanna One, Bae Jin Young returned to his company, C9 Entertainment, and has been taking a break from activities after a years plus worth of promotions. Now, Bae Jin Young returns by making his solo debut with Hard To Say Goodbye, which is featured on his first ever single album.

To me, Bae Jin Young is one of the more ambiguous members of the now disbanded group. He just never got to really shine in the midst of all the other members. So I wasn’t entirely sure what to expect once he returns. Hard To Say Goodbye ventures in the ballad regions of the Korean music industry, something that I personally would not have thought occur. And while I do have doubts, one listen confirms that there is no need for any concerns. Bae Jin Young’s vocals have this slight raspy tone which I have never noticed before that sounds very touching on top of the traditional sounding instrumental. He sounds very nice. Another thing I was concerned about was how would he give the song that peak it needed to really bring the track together. But he does so well with this ‘peak’ in his own way, which I think was definitely my pick for the highlight of the track. Overall, I thought it was a nice ballad. Not exactly the best for reasons I will discuss later on but still nice.

One of the things that set a good ballad singer to another is the ability to convey emotions. I don’t think Bae Jin Young hit the mark with that aspect as I didn’t feel 100% connected with the vocals. But it is the music video, paired with the song that made it feel touching.   Throughout the video, you get a sense that he is lonely. But we think this partner left him for another person or broke up with him. He starts off his day by looking over some plans and buying some flowers. He then uses those plans to build a chair, assumingly for his past lover, kind of like he was finding hard to let them go. However, the ending was surprising and it was the small plot twist that got me sad. Bae Jin Young, dressed in a black suit, crying over the chair he built and the flowers he bought are placed on top of it. I suddenly come to the realization that his former partner passed away and it wasn’t because they broke up with him, Instead, they left in the saddest of ways that really made me think that I should have been quick to assume.