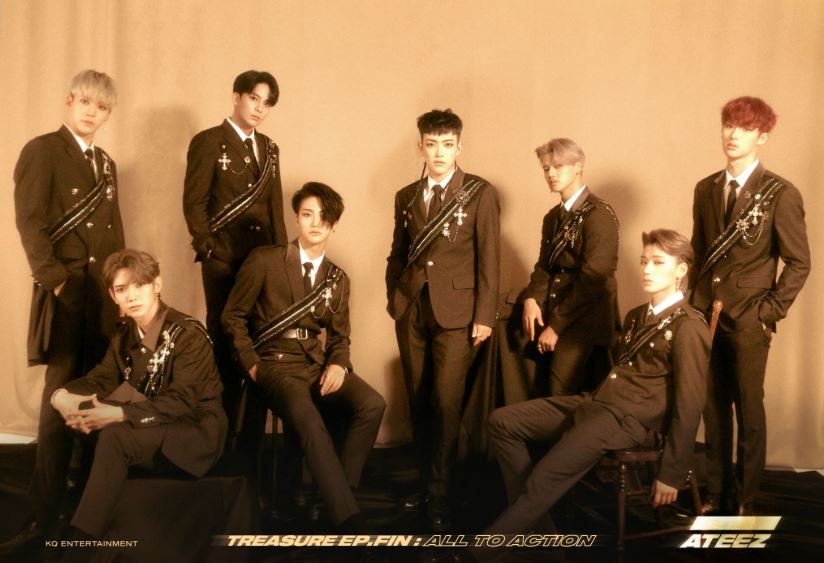 ATEEZ returned in early October with their very first full-length album, Treasure EP.FIN: All To Action. This full-length album brings the Treasure series to a close, which also features 3 mini-albums. Unfortunately, I only got around to reviewing one of them so far (Treasure EP.2: Zero To One) but I am quite sure you might be seeing the other two mini-albums next year in the PARs (Past Album Review) segment. But until then, let’s have a deep listen with the full-length album, which I am extremely satisfied with. The album also contains one intro track, one interlude-like track and one outro, but I have chosen not to include them in this review.

3. Dazzling Light – Dazzling Light starts with a dramatic guitar or piano piece didn’t add really add much to the song. The song then quickly progressed to a synth-based dance track that is more of ATEEZ’s territory. I really liked the EDM drop to this song as it made the entire song very vibrant and intense. I also like the vocal moments in the song, such as the pre-chorus. It gave a beautiful touch to an otherwise robust and very powerful tone. The bridge is a little bit of a mess of rough synths that I didn’t like standalone, but it paired well with the chorus instrumental drop. The rapping was also quite good though I wanted a little more intensity from this aspect. Overall, Dazzling Light was one fantastic song that I really enjoyed from this album. (8/10)

4. MIST (안개) – MIST introduces us to the softer side of ATEEZ. I really liked this song as well, for this one aspect. That being said, the song still manages to incorporate a fair number of synths into the mix, hinting a possible dance for this song. Synth or not, the song does give way to amazing vocals heard from start to end. I was thoroughly impressed by each vocalist in this group from this song alone. I also like how the rappers still manage to keep their intense and rough tone, which I thought contrasted nicely with the smoother aspects of the song (i.e. vocals). The saying ‘stay true to your roots’ applies well to MIST. (9/10)

5. Precious (Overture) – I will not be including this in the final review. But wow, this is one suspenseful and intense piece of music. The rapping was on point and the harmonies in the background really pulled everything together. I find it interesting that it is titled as an overture (which upon searching up its meaning, is an opening for a musical piece) rather than an interlude (a musical piece that pulls sections together to make a cohesive piece).

6. WIN – WIN is a lot more energetic and upbeat than their previous tracks on the album. It is another intense hip-hop dance track that ATEEZ nails. I really liked the fast beat in the second half of the chorus, which really enticed the song for me. That is very closely followed by electronica we got just before launching in the final section of the song. I also liked the keyboard outro, which made the song intriguing. These are small details that I thought transformed the track into such a cool piece. The vocals are good but I think the rapping was the real winner, along with the repeated ‘Rocky’ reference in the chorus (because who doesn’t love a good Rocky reference)! (8/10)

7. If Without You – ATEEZ returns to their softer side through If Without You. It also loses a lot of the synths that we heard from the group through their other tracks. With this sound, it conforms to the typical male group sound. It is a nice temporary change and I quite like it. You get to hear a wholesome side of their vocals and I thought the rapping wasn’t too bad. There are a few things that I didn’t enjoy about the song, namely the ‘Wah’ and ‘Ah’ that they do in the background. It felt really awkward and stole my attention from the vocals and rapping sections. (7.5/10)

8. THANK U (친구) – When I look at the lyrics for this song, it seems like THANK U is a song dedicated to their fans (Tiny). With that, I don’t want to be overly critical as that would just ruin the atmosphere for a meaningful song. The good thing is that ATEEZ does a nice job so I don’t need to be critical in any way. I really liked the slight rock influence we got in the chorus and the chorus was quite catchy in my opinion. I liked that mini outro of harmonies they did, which felt random but worked nicely with the rest of the song. (8/10)

9. Sunrise – I have my pick for the hidden gem on this album. Sunrise is a song of encouragement. It just doesn’t do it in a stereotypical way, which is why I find it so appealing. Firstly, the song starts off in a very peaceful manner. Then they add that ‘No matter what…’ robotic singing filter which was a nice textural change. They then turn the song into a stomping beat, which kind of feels like they were making a statement out of it. It all somehow comes together nicely and ends up taking us on a textural rollercoaster along the way. I also liked how they all sing together at the end, which really takes the track home one last time. (10/10)

10. WITH U (걸어가고 있어) – WITH U is the final song on the album. It is also quite unexpected. I have described a few tracks as being soft due to lessening reliance on the synths that ATEEZ has heavily used. But this one is their softest in terms of style on the album. I think with the laws of albums, you probably have guessed my description so far has alluded to a ballad. Yeah, it is pretty typical, but I find their execution to be on point. Vocals and rapping felt very fitting for the stylistic change. I personally wouldn’t mind having heard a few more of this genre from the group (provided they know how to spruce each one up to make it sound slightly different). (8/10) 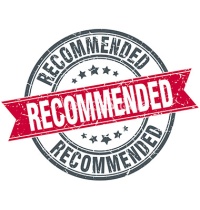