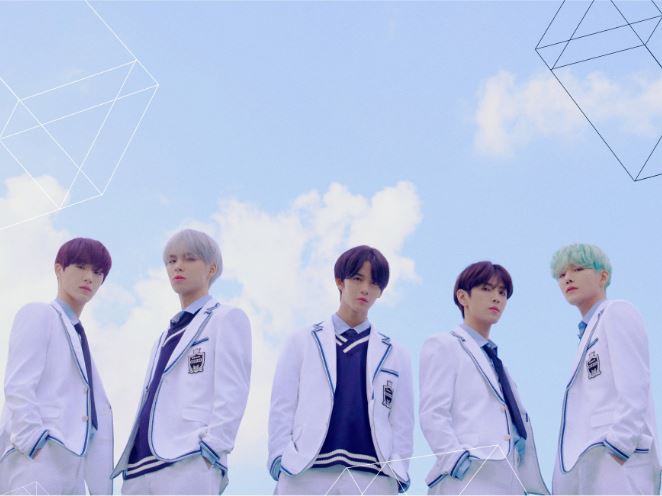 CIX is one of the groups nominated for the Best New Male Group award in the 2019 KPOPREVIEWED Awards. Click here to support CIX and your other favourite artists!

Unfortunately, I will be ending the album review blitz today and the next album review will be published as per the original timetable (Friday). I think there are one or two more album reviews from the past few weeks that I have yet to touched and I will get to them before the year ends. Today, we will be having a listen to CIX’s first comeback, HELLO Chapter 2. Hello, Strange Place and their title track, Numb (link below). I previously reviewed their first mini-album, which featured their debut track, Movie Star.

1. Black Out – Kicking off the album is Black Out, which is a powerful starter. I liked the seriousness that came with this track, the epic intensity that the song channels and the tune gives off the ‘don’t mess with me’ impression. I also like the focus on the rappers, with majority of the song going back and forth between BX and Hyunsuk. The song did lack strong vocal moments, which I think would have been more enticing. I felt Bae Jinyoung’s pre-chorus segment the most awkward in the song and that is why I thought so. (8/10)

3. Rewind – Rewind starts off with really smooth harmonies before launching into a loaded rap sequence. For the chorus, they went with melodic vocals and light bouncy synth-based instrumentation which gave off some hip-hop influences. My favourite part is when Hyunsuk said ‘Let’s Rewind’ before the song throws in a rewinding effect and we launch back into smooth vocals and a bumping rap sequence (similar to how the song started, but with a few changes to keep the song interesting). I thought the chorus was also quite catchy. All of this made the song standout for me. (9/10)

4. Bystander – I found Bystander to be a very smooth number. The vocal work and the subtly groovy instrumentation went very well with one another. It was extremely pleasant overall, and this gave the song an appealing feel. I liked how low this song went, which kind of reminds me of their Movie Star track in that sense. Despite its ‘smooth’ impression, the song is loaded with textures in a very subtle manner. From the rapping to the crunchy instrumentation, followed by the pauses in the music towards the end of the song. Finally, I liked how they all sang together at the end. (8.5/10)

5. Maybe I – The final song on the album is a R&B number that feels extremely chilled in comparison to the rest of the album. I give the group an opportunity to show off their vocal and rapping skills in a more wholesome manner. I feel like BX’s rapping is the cleanest in this song, alongside the vocals, which isn’t hidden or masked by much autotune in this song. The song is about a breakup, but I could help think about the lack of emotion in their voices. I feel like it needed more of that to be more impactful. (7/10)