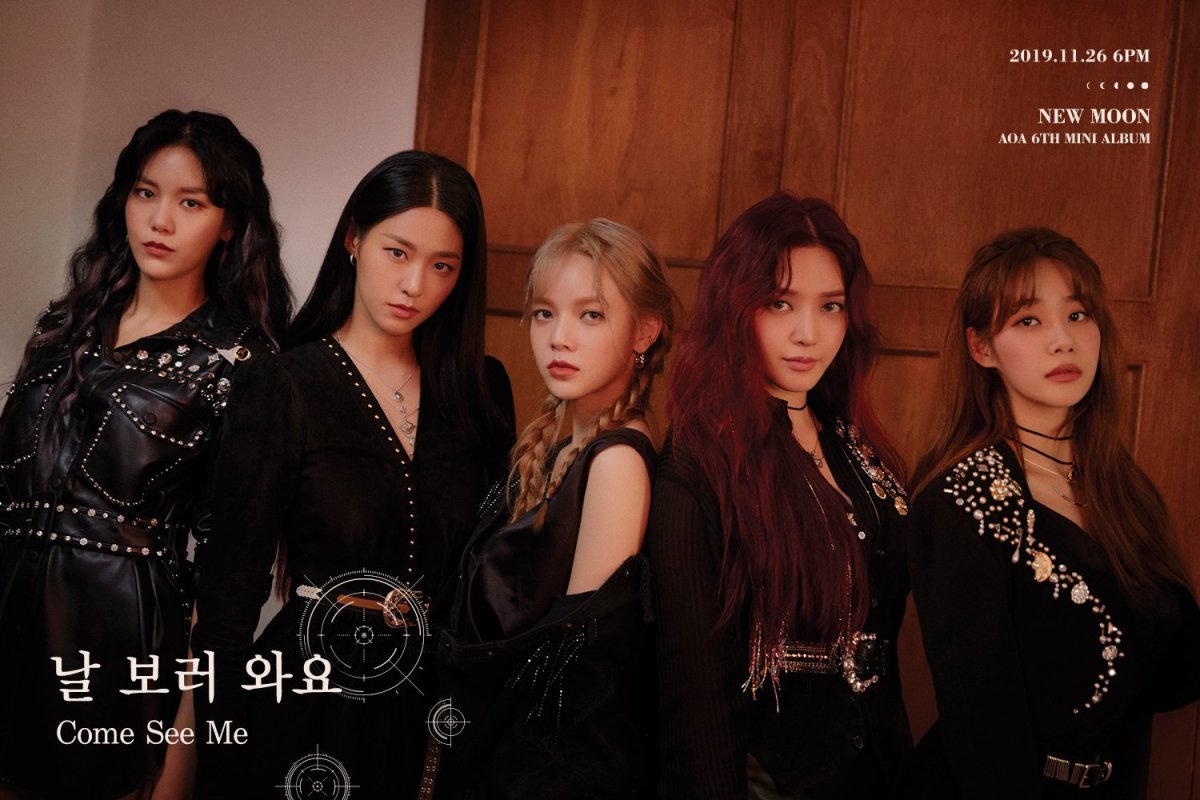 So many artists are nominated this year in the 2019 KPOPREVIEWED Awards, including BLACKPINK, Dream Catcher, Red Velvet, Oh My Girl, CLC etc. Click here to support your favourite artists before the 31st of December.

I am finally getting around to finishing the album reviews that I intended to do from October and November (every album review up from the next one to the end of the year are December releases). The final album from November and the focus of today’s album review is AOA’s New Moon, which was released on the 27th of November. This is the group’s first comeback since reforming a five member. Changing the number of members is always a challenge, particularly if the group has been well known for a previous set of members (i.e. AOA’s OT7). But I found that AOA’s return (through this album) was definitely proves that they haven’t been impacted negatively by the change in lineup and is still a force to be reckoned with.

3. Magic Spell (주문을 외워봐) – AOA shows an even stronger profile through Magic Spell. It is a typical pop track. But it features a bold and powerful rolling drum beat. There are some rock influences embedded in the instrumental, which really emphasis that strong side I am talking about. Alongside the whistling in the instrumental, I think the track ends up being very dynamic. I thought the vocal work was one of the best yet and the Jimin’s rapping packs a punch as expected from the rapper herself. One other thing I love about this track is the energy that comes off it, which also helps the track to become memorable. (9/10)

4. Ninety Nine – We start off with a sketchy autotune section courtesy of Jimin, with the lyrics just recognizable. The track then changes its tone with a more seductive and attitude heavy verse, on top of some bass guitars. The pre-chorus features some twinkling profiles, while guitars and falsettos are the main component of the chorus and the rest of the song. I thought the melody was quite strong and this helped the song become quite iconic on this album. The lyrics also go towards the suggestive/sensual side of the spectrum, which was definitely interesting. The song ends with another sketchy autotune segment, which I still have not warmed up to, despite it being at the start and end of the song. (8.5/10)

5. My Way – We end the album with My Way, which has a bold retro sound to it. The retro sound can be attributed to the brass present and the very deep thumping in the background helped with giving the song some stability. Though, I think the retro sound was loss towards the end thanks to the electric guitar. It was a catchy song, with strong hooks and a very appealing instrumental. I really like how the song pushed along with its momentum. Jimin’s rap sequence was also an interesting change up to the song, giving it edge and power in a unique sense. (8/10)