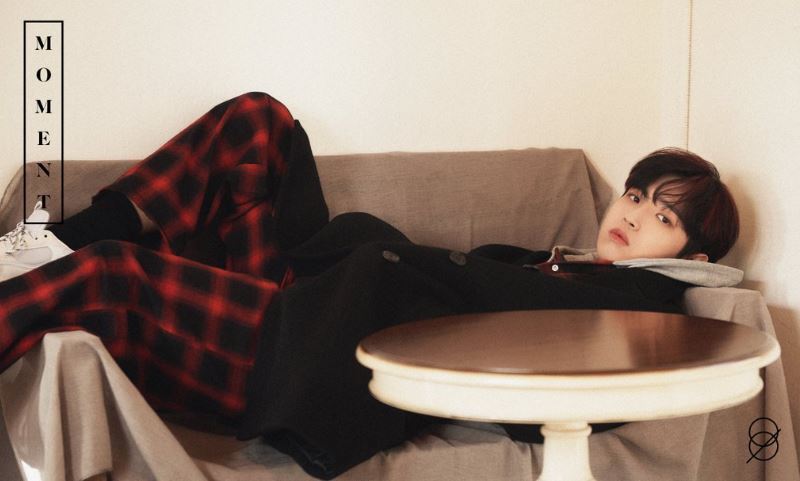 Kim Jae Hwan is nominated for Best New Male Soloist in the 2019 KPOPREVIEWED Awards. Begin Again is also eligible for Best Song of 2019. To support Kim Jae Hwan, click here to vote before the 31st of December, which is in 2 days time.

Kim Jae Hwan is the focus for the final album review for the year and decade. I will update when album reviews will return in the new year on a later date. In the meantime, we will be diving a little deep into the soloist’s second mini-album, Moment (which features two title tracks, The Time I Need and Nuna). Kim Jae Hwan also joins the list of former Wanna One members to return a second time this year. I believe that leaves Ong Seong Woo as the only member to have one comeback this year, but he has been confirmed to be coming back in January 2020.

2. After Party – While after parties tend to be full of celebration, Kim Jae Hwan’s After Party is a slow tempo track that delves into the R&B genre. I think the song is very straight forward and appealing to listen to as Kim Jae Hwan’s vocals feel very spaced out. It isn’t like other songs everything feels tight and loaded. I also enjoy the piano in the background and the simple percussion. He starts off the song in a rapping-like manner, but it progresses to showcase his vocals. I also like the inclusive nature of the chorus, which had him and the backing vocals singing together. I really like how his lyrics is remaining faithful to his partner, despite going to the after party and staying out all night. So wholesome. (9/10)

3. Nuna (Title Track) – As mentioned a few weeks ago, I do not review tracks without a music video. Nuna unfortunately fell into this category, despite it being one of Kim Jae Hwan’s title tracks for the album. The track is a lot more playful and vibrant, reflecting well with the song’s lyrics about being the younger person in the relationship. I like this vibe, which I also believe stay true to his age and personality. I thought the hooks were very catchy and aided the song in its playful tone. And based on the comments in which I am reading off YouTube, it seems like Nuna has many fangirls excited. (8/10)

4. Who Am I – Who Am I goes into the soft rock genre, which I really enjoyed. The track features his vocals in a very pleasing manner, and this really made the song stand out for me. Other that that, there really isn’t much else to the song. But it is honestly great as simple as it is, and any additional features would be unnecessary and potentially destructive. I wished I had a little more to say to the song, but I don’t. (8/10)

5. Paradise (파라다이스) (ft. Park Woojin from AB6IX) – This is super exciting track as it brings together another two former Wanna One members, which shows that they do keep in close contact with one another. Paradise seems to have a slight tropical influence to it, opting for a more typical EDM sound in this day and age. But it doesn’t get intense and remains quite light, which I quite like. The light nature is also an accurate descriptor for the melody and hooks, which I think makes the song quite pleasant. Park Woojin features a rapper in the second verse and he brings a sleek feel to the song. (8.5/10)

6. ZZZ – ZZZ seems to expresses the feelings that is present when you are spending the final moments of the day with your partner, even if they are not physically there. It is another wholesome song, which no doubtly goes extremely well with the soloist’s personality. It does have a typical feel to it, as the instrumental isn’t technically fresh or unique. However, the ZZZ that Kim Jaehwan repeats during the chorus is very catchy and I can confirm that a few listens to the song will have this hook engraved into your memory bank. (7.5/10)