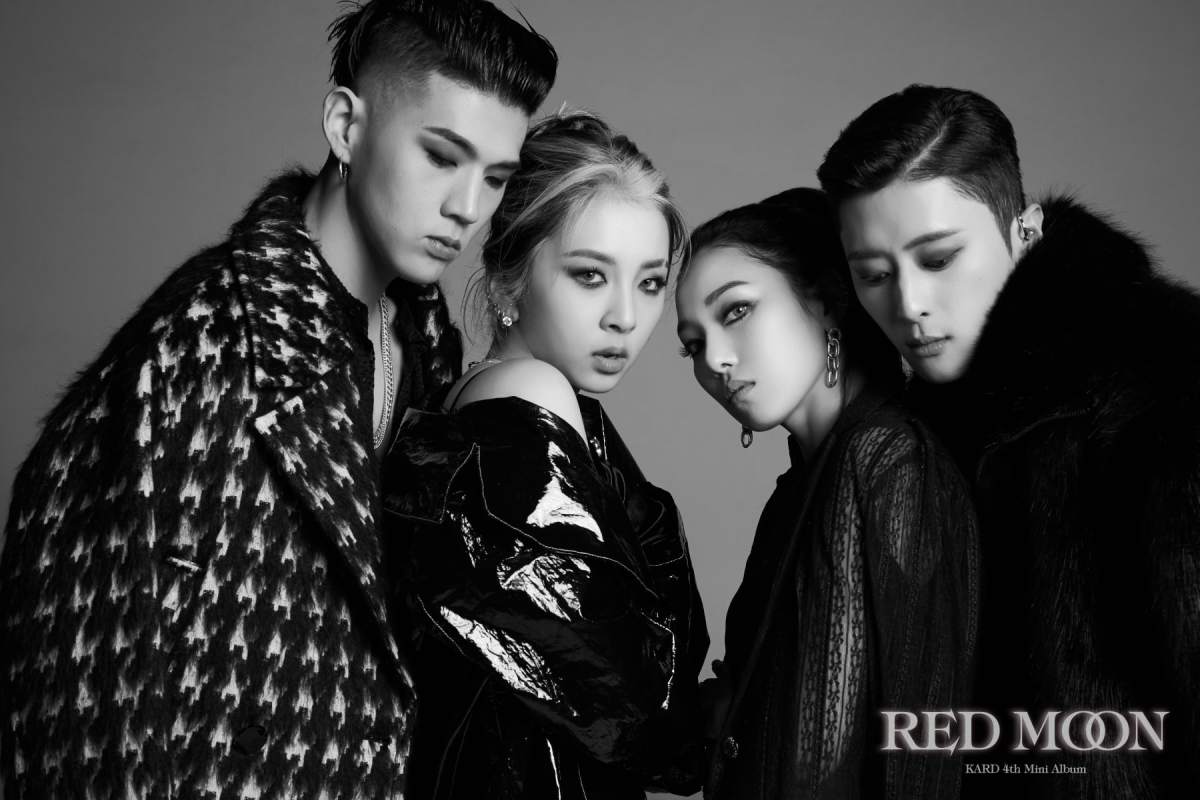 I have been a little slow with the album reviews for the past few weeks. I apologise for this. Originally, I was planning on posting a series of album reviews this weekend. Bit I have dropped those plans due to another busy week which prevented me from drafting up multiple album reviews. However, I am sticking to the usual schedule of two album reviews, so keep your eyes peeled for them (this one being one of them). Today’s album review is for KARD’s latest album, Red Moon. The album features the title track of the same name and Dumb Litty, which was released last year.

1. GO BABY – Kicking off KARD’s mini-album is GO BABY. With KARD’s tracks so far, I enjoy the intensity and explosive nature of their instrumentals, which make their deliver of lines and rap sequences feel so much more impactful and powerful. GO BABY is a step in the opposite direction. The instrumental is very tame and hence it lacks that same reach as their title tracks or my favourite b-sides tracks. The song has a decent melody and hook, but it just isn’t as memorable as their previous tracks. Even the energy suffers and this bores me. (5/10)

3. Enemy – We venture into new territory with the next two songs. The group splits and pairs with the member of the same gender, which I don’t think KARD has ever done before. Enemy is performed by Jiwoo and Somin, the female members of the group. The song opens with a very strong melodic hook, paired with a slight rock influence in the instrumental. Given that KARD’s main sound is hip-hop house, the song takes a few multiple turns, dropping both hip-hop and house separately into the track. And I thought this was a very cool sound. Jiwoo’s rap is definitely slayed, while Somin’s vocals shined. (8/10)

4. Inferno – Inferno is performed by the male members of the group, BM and J.Seph. And like what the title suggest, Inferno is a very intense and powerful hip-hop track. Both J.Seph and BM do not hold back in this track and I definitely like this side of the duo. It contains a growling chorus, which I think is very unique in the KPOP context. I also liked how they had different forms of line delivery, with the help of some autotune. But this helps keeps the song interesting. (8/10)