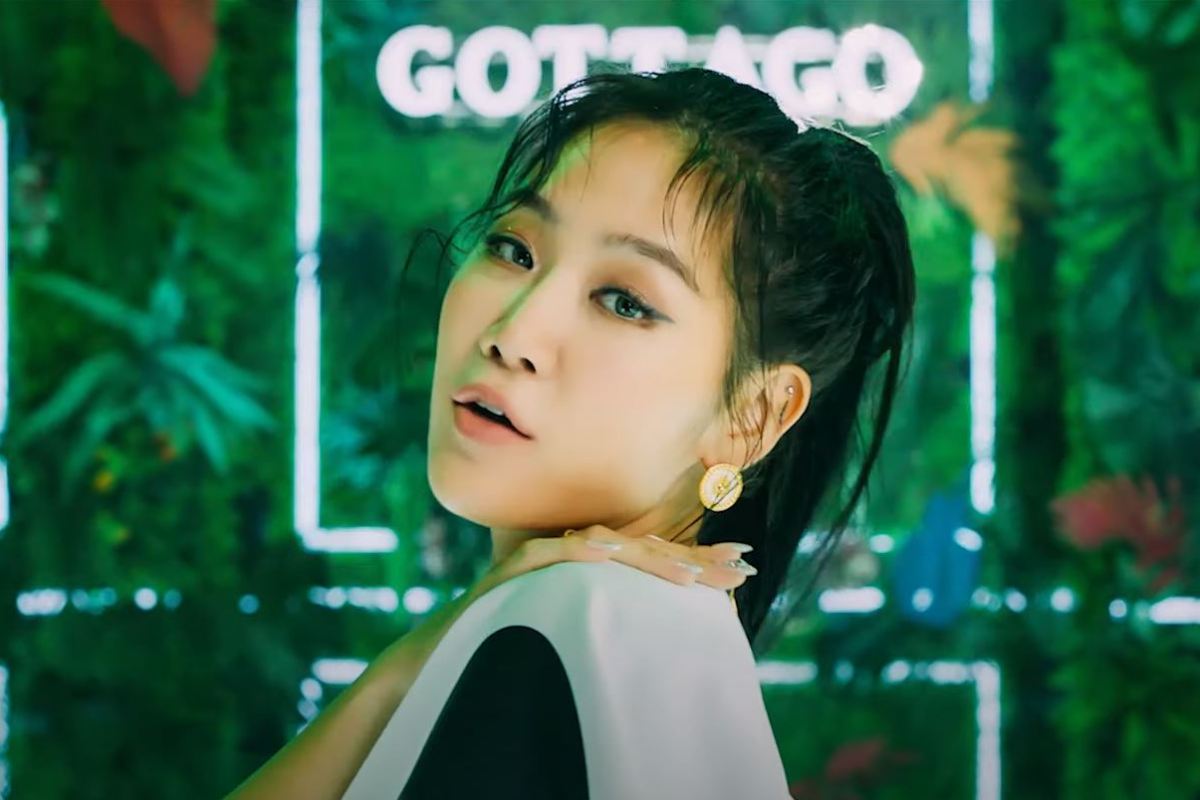 The next release that I want to review is Soyou’s solo comeback, Gotta Go. The release came on Tuesday on this week, so I apologise for the delay with the review. However, as I always say ‘better late than never’. Gotta Go features a different sound from the former girl group member and follows the release of her previous solo singles, The Night in 2017 and All Night in 2018. Since 2018, she hasn’t been active much as a solo artist on her own, but rather through collaborations, such as Rain Drop (with Ovan).

I want to break this paragraph into two parts. The first part is based on what I remember of the song from the few times I have played it while it sat on my ‘to review list’. Admittedly, the only thing I could remember from Gotta Go has to the ‘Gara Go‘ that Soyou sings as part of the chorus. This one thing should not be seen as a bad thing, however. It is super catchy and memorable. Unfortuately, the rest of the song was forgettable and I just wished that it lived up to the same standard that the song’s main hook had set. From this point onwards, everything I mention is based on what I note from relistening to Gotta Go. The song contains a fair amount of sass that gives it a interesting colour. The instrumental is quite upbeat in the verses, which add to the that interesting colour. It mainly delves into the tropical genre that is quite common to the Summer season. Though I admit that this direction was a little unexciting, it was still quite decent. I also didn’t enjoy chant bridge. It just felt over the top and the transition to said part from the second chorus was too sudden, so it was pretty overwhelming the first and current listens. I did like the ‘return to the roots of the song’ that followed in the second half of the bridge. Soyou’s vocals were good, with her husky voice being put on full display in this song. Overall, another decent but different style song from Soyou.

The music video for Gotta Go is really good. It starts off with Soyou has part of a fashion show crowd. And while the attention was on the runway, Soyou grabs attention by joining the fashion show without security jumping at her. Interesting. I do like this set up though, as the runway soon becomes her stage for the first chorus. As we dive in the second verse, we are taken behind the scenes of the fashion show. I really like it when she is dancing in the midst of the hectic behind the scenes shots of the fashion show. It just feels very different from most videos and works the choreography shot so naturally into the music video. I also like how she returns to the runway for the final chorus, bringing the video to a close with her walking off the runway. I enjoyed this video and everything looks good. Soyou also has a really sexy figure that she shows off throughout the video, which works with the theme of the video, as well.

The choreography looks good. I liked the use of the piece of fabric. She wraps it around herself and she uses it almost like a curtain during some parts. The chorus also had a memorable move, which was quite nice. I won’t be doing it when I think of the song in the future. But I will definitely imagining the move!