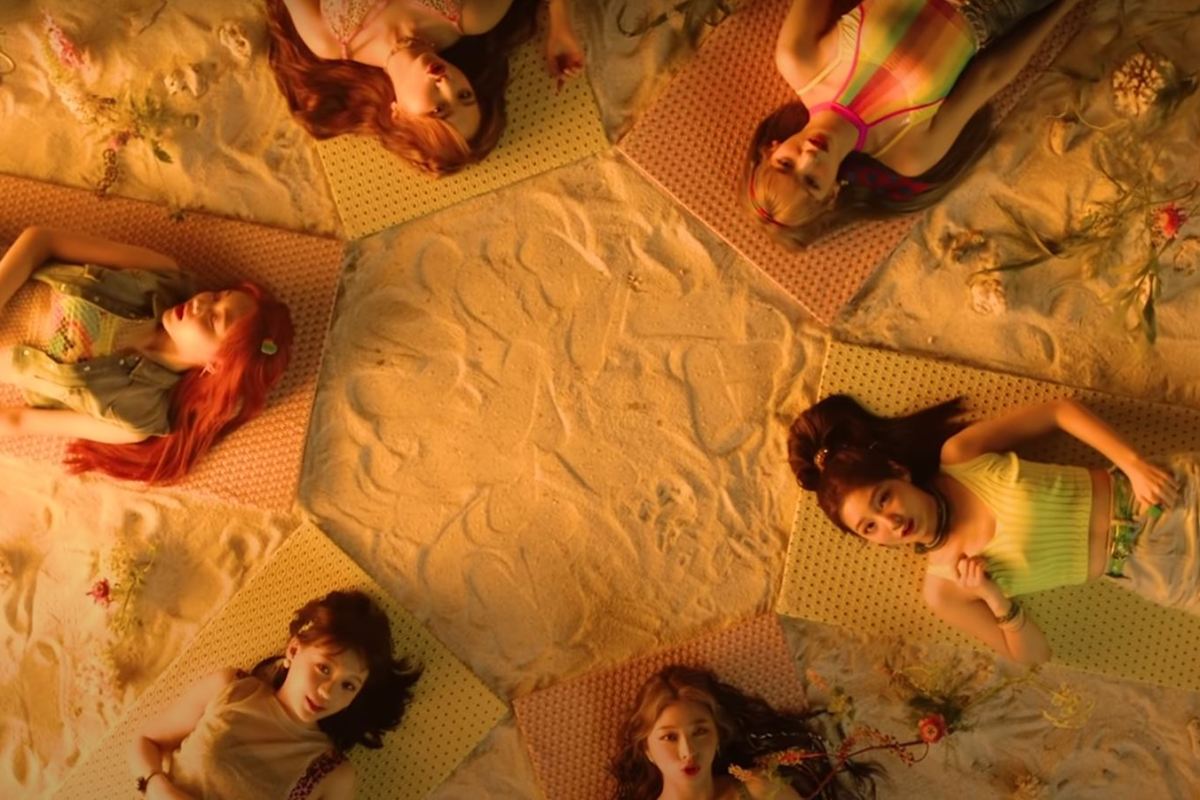 It is time for the start of the Saturday catch up. Kicking off the start of four reviews that I will be publishing today (fingers crossed) is Rocket Punch’s comeback, which dropped on Tuesday of this past week. Their title track this time around is JUICY and it is featured on the group’s third mini-album, Blue Punch. This is the group’s first comeback since Red Punch, a mini-album released earlier this year, which featured the title track Bouncy.

I found the tropical sounds and melodies that started off JUICY to be very appealing. It really steered the song into that Summer mindset. However, that appeal was shortlived. The first verse came, but it was largely plain. I should have known this feeling was pretty much foreshadowing what was to come. But I gave the song the benefit of the doubt and dismissed this as some KPOP tracks have pretty typical sounding verses, but the chorus manages to compensate for lacking verses. Unfortuately, this was not the case. JUICY‘s chorus was an extension of the verse, a soulless instrumental being the main driving force of what should be the catchiest sequence of the song. Their vocals just didn’t have much energy or life in them. The melodies did not have a memorable element or any energy to help propel the song forward. The second verse was primarily the same set up, with the addition of a messy trap-based rap sequence that sounds off-putting (if I have to be honest). There is a bit of heft to the bridge of JUICY, but it was undermined with the childish sounds that came from the member’s voices and the return of that off-putting trap sequence. Even when we turn to the song’s main hook (i.e. the ‘Juicy Juicy Juicy‘ repetition, we just get an overwhelming plainness that doesn’t save the song. Overall, I am pretty disappointed with this track. And truthfully, I wouldn’t be returning to this track any time soon.

Given what the song is like, the music video is appropriately filled with aegyo. It surprisingly didn’t feel as cringy as I thought it would be nor did it feel overloaded. But even if that was the case, I can’t complain much as the song did lead the video in that direction. Aside from that, I did like the underwater sets and the bubble visual effects that filled out screens. It does look like it is part of some children’s TV show, but it went well with the concept.

The performance was alright. I liked how the choreography kept on moving for the most part. It makes me look at the dance, as it makes me feel that I might miss something. It isn’t a mind-blowing performance in any way (I feel that if it got to that calibre, it would be a waste given the disappointing song), but it does the job fine.