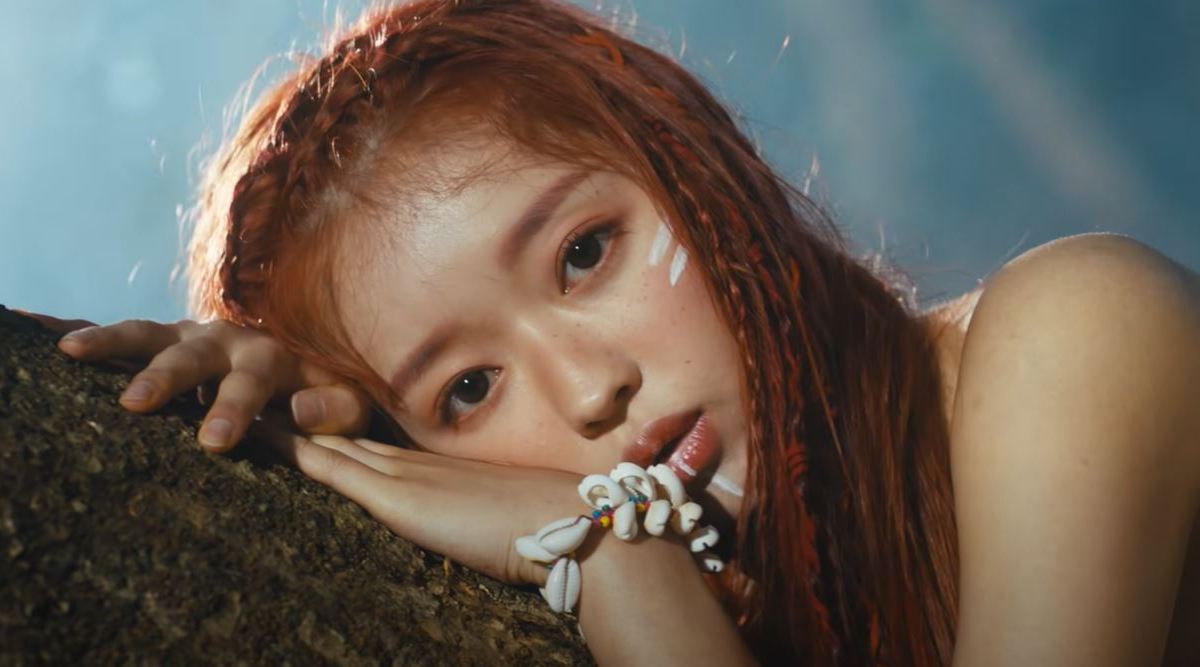 2020 has been a very successful year for Oh My Girl, probably exceeding the success the group achieved in 2019. Despite dropping their Nonstop/Dolphin comeback four months ago, the two songs are still ranking high on the digital charts, outperforming many artists and songs released more recently! And now it is time for Oh My Girl to step into new territory with solo promotions. First up is YooA with Bon Voyage!

Through Bon Voyage, it can be agreed that YooA has managed to show the best of herself. It a really great track and it stands out due to its unique sound (relative to other KPOP releases). Bon Voyage is a very airy and light in tone, diverting us away from the synthetic and heavy music influences of today’s music and opts for more a sound and vibe that feels fresh and natural. In many ways, the song feels like the it is reconnecting us with nature. Take the percussion, for example. It sounds wooden-like, rather than metallic and hence man-made. The instrumental also makes use of tribal-like chanting in the background, which also has that natural tinge to it. That being said, there are synths used throughout the song. But they are selected carefully to emphasis and highlight the nature vibes. The lightness of the song pairs up with YooA’s light and breathy vocals, helping create an aesthetic atmosphere overall. To me, the best parts of Bon Voyage are the choruses. They pretty much sum up everything I mentioned above and brings about a memorable feeling. The first chorus reminds me of Shakira’s Waka Waka, whilst the second chorus features YooA’s harmonies with the chanting background and is rather short (but sweet)! I did wish it was longer, so more charm could have been exuded from the song. But despite that, what Bon Voyage already had done before the final chorus was enough to warrant a positive review.

What a visual masterpiece. This music video captivates all possible senses and it is hard to look away when there is just so much going on, despite so little happening in each scene. The cinematography and especially the drone shots were extremely artistic and aesthetic. Definitely a video to watch if you want to see something stunning and are willing to be blown away. Fans have been floating some ideas about the concept of the music video. Personally, I like the idea of YooA reconnecting with Mother Nature, as that is what I initially thought of when I first watched the music video. I think the idea of YooA being a ‘child of Mother Nature’ to also be suitable, but I am unfamiliar with that story.

YooA is the main dancer of Oh My Girl, so I had high expectations for the performance for Bon Voyage. And those expectations were definitely exceeded. While the music video showed a lot of freestyle and interpretive dancing, the routine on stage is pretty much set. But the set routine carries the same vibes over and we get a glimpse of something similar to what we saw in the music video towards the end of the performance. I also like how artistic it looks, overall.