It is fair to say that The Boyz has had an action-packed 2020, so far. In March, the group returned with their first studio album and title track of the same name, Reveal. Later in June, the group emerged was the victors of Road To Kingdom with CHECKMATE, earning them a one-way ticket to the upcoming season of Kingdom (which has been pushed to next year). And now the group has returned with their new title track, The Stealer and mini-album, Chase.

The Stealer starts with a short peaceful piano piece, before launching right into the chorus. The contrast between the two makes the start become quite bold and it really pulls you in. The chorus itself is paced, employing a dragged out effect within the dance instrumentation, and the vocals come off shouty (in a good way). I would have loved a more captivating hook, but the combination of shouty-like vocals and strong instrumentation that makes up the chorus is well-rounded and dynamic enough for me. The choruses are followed by a snappy drums and cool bassline instrumental break, which also makes up the basis of the instrumentation throughout the rest of the song. It also gives off stylish vibes, adding extra appeal to the song no doubt. When it comes to the verses, I find the song blends the rapping and vocals extremely well with one another. Unlike the dragged out nature of the chorus, the verses kept you on your heels with the instrumental being consistently fast paced. The second verse is when I realized that the song is a hip-hop dance track. I somehow didn’t get this vibe during the first verse, which is odd as the chorus basically sets up the same hip-hop route. To me, the best part of The Stealer is the bridge. It simply comes down to an awesome vocal line, followed up with dynamic rap sequences, before launching back into the final chorus. The Stealer could used some extra oomph to close out the song in a much stronger manner. But that is just an additional want from me.

The song itself is about how the members are attempting to steal their lover’s heart. But at the last moment, their lover disappears after. It seems like their lover is onto them, as the music video does depict them going on a mission to steal their lover’s heart. But at the end, the heart is gone and the members are left behind bars and fences (even the lighting was set up to look like a fence in some choreography shots), meaning their lover had played them. I thought this was a nice twist to the storyline they were trying to depict within The Stealer‘s lyrics. Aside from my quick interpretation, I really like the boldness and dominance of the red colour. The members are dressed up stylishly in black outfits, popping out of the red background.

Given that this is the comeback following their Road To Kingdom appearances and win, I expected something with a little more wow factor. While that wasn’t delivered (I mean, how do they top the jump from their Danger cover?), they opted for a more stylish and trendy setup and vibe for this performance. I quite like this alternative direction, with the choreography exuding masculine energy that really sets them apart from other male artists who have more recently returned.

3 thoughts on “[Review] The Stealer – The Boyz” 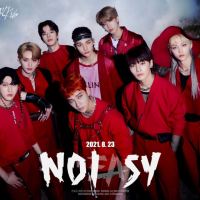 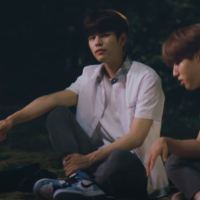 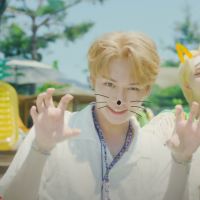