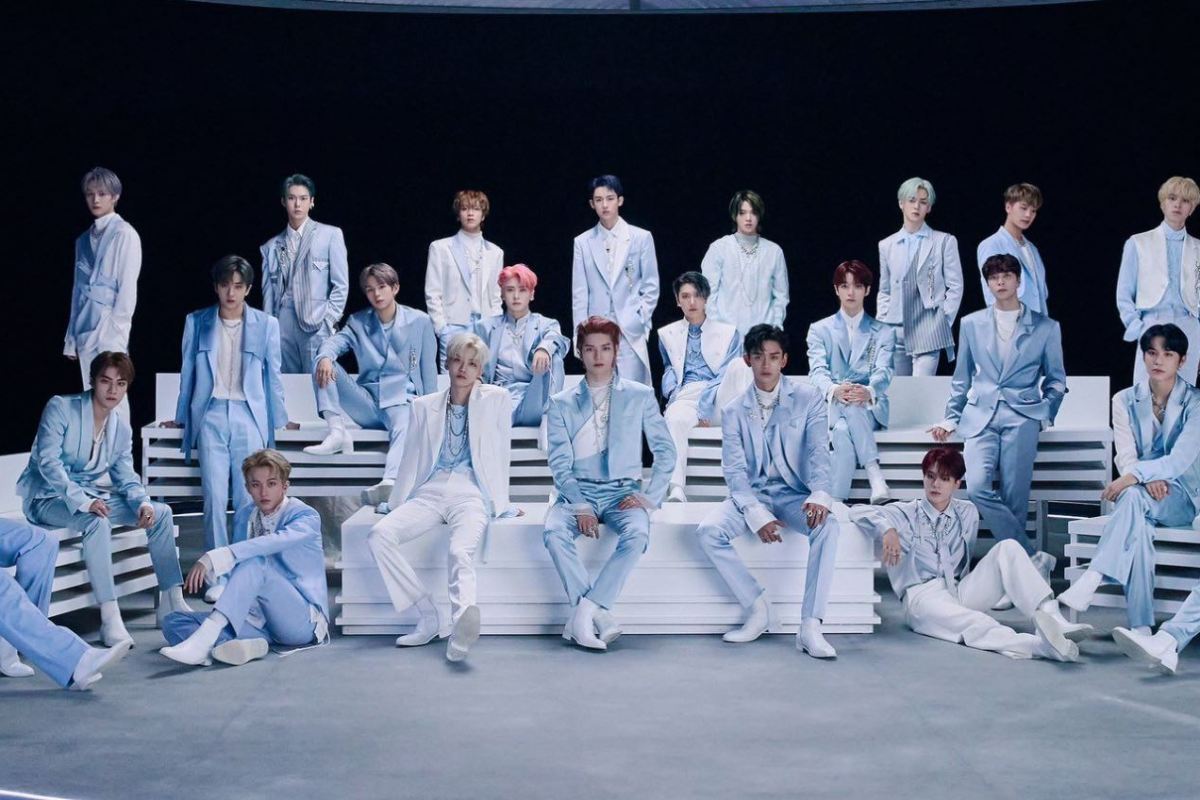 NCT completes 2020 with the return to full group promotions under the collective name of NCT. This means that NCT 127, NCT Dream and WayV, along with new members Shotaro and Sungchan have come together to promote under name of NCT and NCT U for their two part album. Today, I will be focusing on the first half of their second studio album, titled NCT 2020: Resonance. It features Make A Wish (Birthday Song) and From Home as the title tracks, alongside a bunch of new songs from various NCT U lineups (all of which we haven’t seen before) and the three units of NCT that I already mentioned above. It is a long album review, so let’s get moving along.

NCT 2020: Resonance Part 1 also features ‘Interlude: Past to Present‘ as the sixth track. But per usual protocol for album reviews on the segment, this track was not reviewed due to lack to lyrics. There are also a Korean version of From Home and an English version of Make A Wish (Birthday Song), which were not reviewed as I had already reviewed the original versions (links below).

2. Misfit – Misfit delves into the world of rapping, with Johnny, Taeyong, Mark, Hendery, Jeno, Yangyang and Sungchan all bringing their A-game for this track. The song is an excellent hype track, with rapping taking you back to earlier eras of rap music. The energy is quite full-on, but I won’t describe it as intense. Rather, it is fun and definitely a highlight to listen to. Mark’s leads us into the song with a sequence that confirms his talent and skillset. And each other member follows suit to show us what their skillset is capable of. I really like the more concentrated instrumental when it comes to the chorus, amplifying and intensifying Misfit’s energy, pulling you into the hype song even more. (10/10)

3. Volcano – Volcano features Taeyong, Doyoung, Jaehyun, Winwin, Jungwoo, Lucas and Mark. It takes on a hip-hop influence that also brings me back to earlier eras of the music, just a little more recent than Misfit’s throwback. I like how the energy in Volcano is more subtle than compared to the preceding track. I am digging the sleek nature of the chorus, especially with layering of raps and the simply spoken ‘Bounce’ over it. It isn’t much of a standout track, compared to the two tracks before it. The inclusion of the vocals was nice, but I felt it made the song confusing. Overall, this is what I would call a ‘pleasant’ listen. I would listen to it if it was on my playlist. But I wouldn’t go through the effort to seek it out. (8/10)

4. Light Bulb (백열등) – Light Bulb is performed by four out of 23 of the members (Taeyong, Kun, Doyoung and Sungchan) and it is one of my favourite tracks on the album. The song features a really soothing instrumental and a slower tempo, which is thanks to the piano that we hear. There is also percussion to give Light Bulb a bit of a kick and enable the song to feature rapping. The combination of both gives Light Bulb an R&B profile. Taeyong and Sungchan’s rapping is superb and very mature sounding. It also follows the same pattern as the preceding side tracks, giving off a nostalgic vibe. Doyoung and Kun’s vocals were breathy and very gripping. No one felt out of place and no element felt like they outdid another. Light Bulb was a very balanced track that deserves praise and attention. (10/10)

5. Dancing In The Rain – Dancing In The Rain introduces Taeil, Yuta, Jungwoo, Xiaojun and Chenle to the album, performing alongside Johnny, Jaehyun and Kun. I really like the melodies of this jazzy R&B mashup song, especially when it comes to the catchy ‘Drip Drop’ line. I really like the opening and closing piano sequences, bringing that jazz influence to life. I also think it is these jazzy influences that allows the rapping sequences to slide into the song effortlessly. The vocals showcase really nice harmonies amongst the vocalists in this NCT U lineup and also bringing some of that R&B touch to the surface. A stunning song. (9.5/10)

7. Déjà vu (무대) (NCT Dream) – Déjà vu is the first song to be released by NCT Dream since the confirmation that NCT Dream’s lineup will become permanent and that Mark will officially return to the unit. I wondered what NCT Dream’s direction would be, given that they are no longer young as when they first debuted and that their sound has matured exponentially since Mark’s graduation. Déjà vu hints that mature NCT Dream will remain. That being said, it isn’t as captivating as past NCT Dream’s promotional track and this feels best as a side track. (7/10)

8. Nectar (月之迷) (WayV) – WayV’s discography has been quite mature from the get-go. So Nectar fits in perfectly. It feels and sounds very sensual. I really liked the subtle energy that the song contains. I also really like the main hook of the song, as it was quite simple yet very addictive. That high note was impressive. But what I find the most exciting about Nectar is that the song is in Chinese, which is the start of the multilingual approach on this album (the second title track, From Home, also features Chinese and Japanese lyrics). (8/10)

9. Music, Dance (NCT 127) – To me, NCT 127’s addition to Part 1 of NCT 2020: Resonance was the weakest of all. Music, Dance’s best moment was when the instrumental had an upbeat persona. It felt satisfying and does feel like a great track to dance to. Unfortunately, the same cannot be said about the rest of the song. I thought the verses were really weird with its choppy intro approach and those vocals sequence (while were very good) diverted the song away from what should have been a wholesome dance track that should have been satisfying across the board. (6/10)

10. Faded In My Last Song (피아노) – We return to another NCT U track, performed by Taeil, Johnny, Yuta, Ten, Lucas, Renjun, Haechan and Jisung. It is a R&B track that features awesome melodies over a stunning piano/trap beat instrumental background. I really like how the vocal and rapping were extremely cohesive in this song. The way the song’s title, ‘Faded In My Last Song’, was sung in the song really stuck with me and has become my most favourite line/part to listen and look forward to. (10/10)

11. From Home (Title Track) – From Home was performed by Taeil, Yuta, Kun, Doyoung, Renjun, Haechan and Chenle. Click here to read the full review of From Home. (9/10)