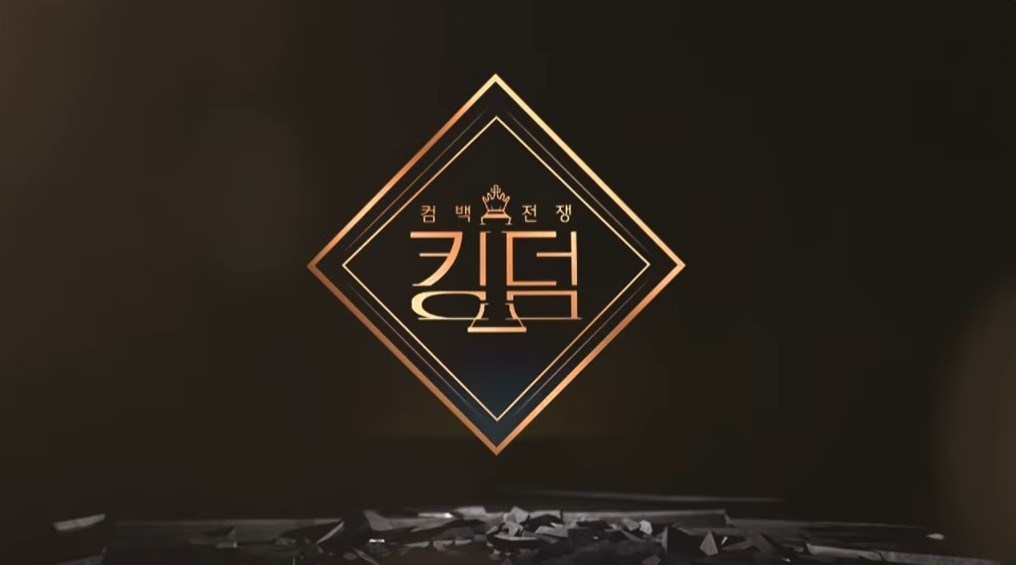 Apologies regarding how long this post has taken. The second part of the next round’s rundown should be out tomorrow!

Earlier this month, Kingdom: Legendary War began its run, pitting six well known and high performing male groups against one another for the throne. The Boyz, winner of the prequel season Road To Kingdom last year, is featured as one of these male groups. During the 2020 MAMA Awards, it was confirmed that Stray Kids and ATEEZ will be participating. And in January 2021, it was also confirmed that iKON, BTOB and SF9 will be joining the lineup. It was also confirmed that TVXQ (a name in the industry worthy of the Kingdom title without a doubt) will be hosting, but this was later reduced to just Max Changmin, as Yunho was involved in a scandal and was edited out as much as possible (and will not make an appearance in future rounds).

As I have reviewed part of Queendom and all of Road To Kingdom, I will also be reviewing the stages of Kingdom: Legendary War, recapping the high caliber performances from each round and also putting forward my thoughts on what the ranking should have been for that round.

Round 3 was broadcast over three episodes (Episodes 7, 8 and 9). It was also spilt into two sections. For this post, I will be focusing on Collaboration segment of Round 3.

In Round 3A, three groups were pitted against the other three groups in various battles such as rap, dance and vocals. The teams of groups as follows:

For this particular post, things will be a little different. I won’t focusing on the six performance individually. Instead, I will be comparing each performance in their respective battles, as there are only two performances (i.e. Mayflys vs. Its One). As a result, this post will be shorter than usual.

I will also summarise the final rankings for each battle decided by the experts who watch the performances, whilst also give out my own personal ranking to who should have won each battle in my opinion.

Going into this round, I had a hard time predict who would succeed. On one hand, you had Bobby. For those who don’t know Bobby, he is probably the most well known rapper out of the bunch. Then, we have 3RACHA from Stray Kids, who have put out really strong and powerful rap songs as a unit before. And then, we have Minhyuk, who is an all-rounder but started off as a powerful rapper in BTOB. For Sunwoo, Hwiyoung and Hongjoong, I am not familar with their solo work to really influence my prediciton.

For the performances, both was quite lively. Colours was vibrant and colourful, while Full DaSH was edgy and stylish. Colours felt like a performance, based on their ending pose, stage set ups and the presence of choreography. I like the inclusion of the traditional instrumentation in the background. There was a bit of a free spirit to the performance, but it wasn’t as prevalent as Full DaSH. On the other hand, Full DaSH was relied on a heap of freestyling. There was some choreography and stage set up, but all was minimal in comparison to the other performance. I really like the paint gun sequence at the end of the Full DaSH performance. It was an element of fun and really showed how unconstrained the performance was. In terms of execution, I feel both are on par with each other. The five members in Colours helped give the track a catchy ring. I also find Minhyuk’s exclamation “We all bleed the same colour” to be very deep. For Full DaSH, I felt the energy behind the trio’s delivery to be very powerful and memorable.

In the end, I lean towards Colours as my favourite performance out of the two. It is more aligned to what I like and enjoy in general. That being said, Full DaSH was terrific in its own way.

King and Queen – It’s One

Wolf was an unexpected surprise. I thought that the members of ATEEZ, BTOB and Stray Kids would come together to form their own routine to a unique song for themselves. I would have appreciated the innovation and creativity a lot more, but Wolf was still an amazing performance. I really like how they took to EXO’s version of Wolf and made it even more animinalistic and wilder. It show cases the edgy and dangerous side of the members. It was also great to see stunts reappear in the competition. There hasn’t been many so far. When Felix did the run up and jumped onto San, I was floored by how he kept his exposure despite the landing being slightly rocky and committed to the part. I also really like Peniel’s solo part, showcasing some of his dance skills – something we don’t see too much of.

King and Queen was an instrumental piece, and as far as I am concerned, it was made for this performance. I liked the innovation and creativity of this performance. It starts off as the three members on their chairs, before jumping off and giving us a solo performance each over some electrifying guitar instrumentals. We then see a really graceful performance from the trio together, before we see in the distance the queen is assasinated. Throughout the performance, you could see the emotions in their moves or on their faces. If you know me, emotions make up a very large part of the stage presence. And while each of the three members had a different way of showcasing emotions, they all made sure it was there. Yoo Taeyang had a really cool sword fight solo scene, but I personally could not get over how we caught the sword without any dramas. Juyeon’s table flip was very impressive as well. Donghyuk also had an awesome solo scene, though nothing memorable pinged from it. I also liked how they used stage tricks to reintroduce the other two members to end the performance.

I liked both performances. But I felt that It’s One had the edge in this battle. They showed many sides of themselves and a wider range of moves, such as from powerful to graceful. Wolf was great in itself, but I felt like more could have been done to captivate us, as did King and Queen.

Spark (by It’s One) was a good cover of Taeyeon’s song. Personally, I feel like Spark was an unexpected choice for a cover, especially for this battle. I can’t really pinpoint an exact reason to why I feel this way. It just felt odd. Song choice aside, I really like it when the members came together to sing together for its climax. It made the cover more captivating. Per usual, I wanted more of that. And harmonies, as well. If the harmonies were more prevalent and present, then I feel like Its One cover of Spark would have been more memorable. There was also a good amount of huskiness and raspiness behind some of their vocals. While we got to hear their voices very clearly (especially since none of the members have really had a solo platform yet) and they all sounded great as a team, no one really stood out for me. That might be a good or bad thing, depending on how you look at it. Good in the sense that no one member took over the song and outshone in the rest. Bad in the sense that it felt too neutral. In this case, I feel like the latter seems to be the case. It is a pity that Inseong couldn’t pull off his high note. I feel like it would have lifted the performance to a whole new level if it was successful.

The Love Poem cover was stunning and grand, featuring the balance of the three groups that make up of Mayfly (with the exception of Changsub, who sat out due to being unwell). I don’t have much to say about this cover, aside from expressing how good it was. While I can’t really comment on show-stopping melodies of IU’s Love Poem (as the original had already them), what made this cover so great is that it had the harmonies that I wanted to hear. Those harmonies and high notes just made the entire performance captivating and blissful to listen to. I felt as if I was floating while listening to the song, which is an impressive feat to achieve, especially since I really enjoys my ballads. If I were to be critical, I would have liked to see Jongho shine a bit more. We know he has an impressive set of lungs based on the performances on the show thus far. I just felt he didn’t really have his moment to really shine in this cover, compared to Seungmin and Eunkwang.

Based on the language I had used to describe each of the performances, I think it is clear that I lean towards Mayfly’s cover of Love Poem.