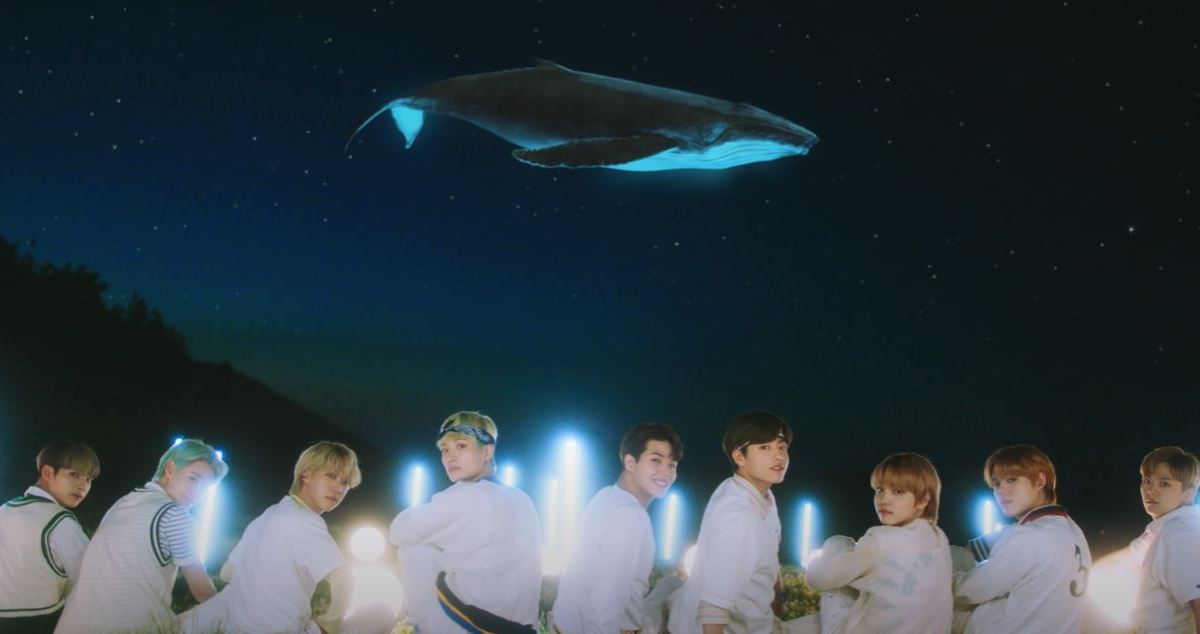 Last week, GHOST9 made their second comeback of the year with Up All Night and their fourth mini-album, Now: When We Are In Love. This continues the string of comebacks by the group in a span of less than a year, which (as I had stated in my last review for GHOST9) I am glad for, to help get their name out there. I just hope that the members do get an opportunity to rest and their management doesn’t overwork them (like we have seen happen with other groups in the past). This comeback in particular comes after their February comeback with SEOUL.

Up All Night opts for a lighter and brighter tone, fitting for the Summer season that Korea is currently entering into. All their title tracks thus far have been of of a intense EDM sound, which is very typical for male groups currently. So it is nice to hear GHOST9 switch up their sound for something more pop driven. And as one of the first groups to release song of this fun and bright style, Up All Night has great energy and drive. If the song was released closer to Autumn, I don’t think I would have been as excited for the song as I am now. The song starts off as your standard pop number, pumping in this upbeat energy that is synonymous with having a great time on Summer break. It then leads into a chorus, reminding me of One Direction’s style of pop music back when they were still around. The second half loses that touch slightly to incorporate a bit of rap into the chorus, but it is still as dynamic as the first half. The second verse continue the momentum that has been set for it, continuing the appeal of the song. The bridge of Up All Night slows down a bit, but I feel this just helps the final chorus be just that bit extra impactful (even though I am quite sure it is the same chorus on repeat from earlier). I really enjoyed the rap sequence that formed part of the bridge. It just came in the right time and had all the right vibes for this part of the song. I also really liked the extension to the final chorus, and how they call came together for the final to wrap it up. As for the vocals and rapping, I felt like Up All Night put a really nice display of those elements. Their delivery of both vocals and rapping were fitting for the overall style of the new song, and they were quite clear and crisp to listen to. Up All Night may be a straight forward song in some sense, but I think it was a great showcase of what GHOST9 has to offer outside of EDM.

The chorus blasts you with colour. Most of it wasn’t artificial, however, as the entire video is shot outside. The colours are just vibrant and feel fitting for the Summer season. The invisibility cloak scene and the massive red balls added a cute tone to the video. I do question the flying whale. Not sure what it means exactly, but I have seen it often in KPOP. As for the members, we see them have a bit of fun in the sun and in the shade, bringing forth the energy of the song. Overall, the music video is fitting for the song, so there isn’t much else to ask for.

I really like fun the choreography looked for this comeback. It has this slight bounce to it and I felt some of the moves were just a bit fun infused into the routine (like how they move about in the second half of the chorus). I think there is opportunity in the final chorus for the group to change the routine a bit between performances. It think this would make the performance more enticing to continually check in on.