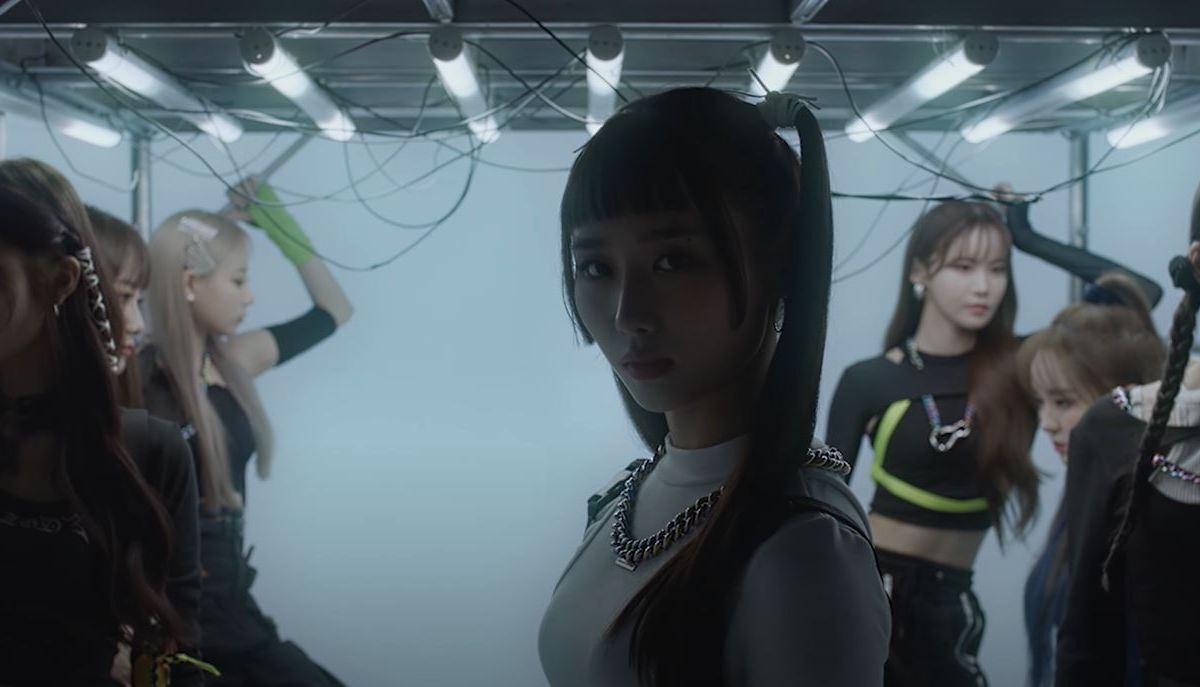 Next up on reviewing block for this weekend’s focus on rookie groups is HOT ISSUE. For those who may have missed the debut of this group on 28 April 2021, HOT ISSUE is a seven member female group (consisting of Mayna, Nahyun, Hyeongshin, Dana, Yewon, Yebin, and Dain) under S2 Entertainment. They kicked off their careers off as a group with the single GRATATA, and the mini-album, Issue Maker. Previously, like many of the new groups I will be covering today and tomorrow, some of the members participated in trainee survival shows such as Produce 101 China and Cap-Teen. Other members were part of pre-debut groups.

I liked the aggressive nature of GRATATA. It is bold and intense, which is what I do enjoy when it comes to some songs. And I liked how it was aggressive throughout. And this aggression really helped to show off the rappers, who really showed off their skill set with their robust delivery. To offset the intensity and angry energy of the song, GRATATA opts to include vocal-centric pre-chorus. It gives the song a moment of piece, before GRATATA comes swinging again for the chorus. The vocals here are quite good. Just within the first verse, the members of HOT ISSUE have already established their skills and talents. And while the chorus has this bombastic feel (thanks to the pre-chorus), the lyrics are what I would consider to be the song’s misstep. The English that was used was extremely reliant on onomatopoeia and didn’t make much sense. While the chanty style and vibe that comes of the English is great, I cringed at its use. It is hard to take the song seriously following such a chorus. Following the second and final chorus was this heavy electronic instrumental sequence that I thought was a great distraction away from the chorus. It continued the same momentum of the chorus just that bit further and gave the song an even more dynamic touch. The bridge opts for the same vocal-centric pre-chorus sequence, which I thought was a little disappointing. I wished they changed up the sequence further to keep the song dynamic in that way. But that is only a minor issue compared to what came about the chorus. Overall, GRATATA was heading in the right direction in terms of energy and atmosphere. It was also a strong song to debut with, as it showed off the members’ ability. If only the chorus didn’t make me cringe.

The visual game within this music video was very strong. I did like the sets that were used for the closeups and choreography. I particularly thought the set which had the flowy silk over their heads to be quite cool. I also like their black, white and silver approach to the colour palette of this music video. It felt very industrial which also bumped up the cool factor of the video. The lighting was used to infuse a bit of colour, which I thought was clever. But overall, not much else to this strong visual music video.

With references to snipers and shooting in this video, there was a lot of sniper forms throughout the choreography. I also liked how they transferred the bombastic nature the chorus to the choreography, as well. Other than that, the moves were bold and intense, reflective of the song. I also appreciate the synchronised nature of the performance. It made everything look so much more polished.