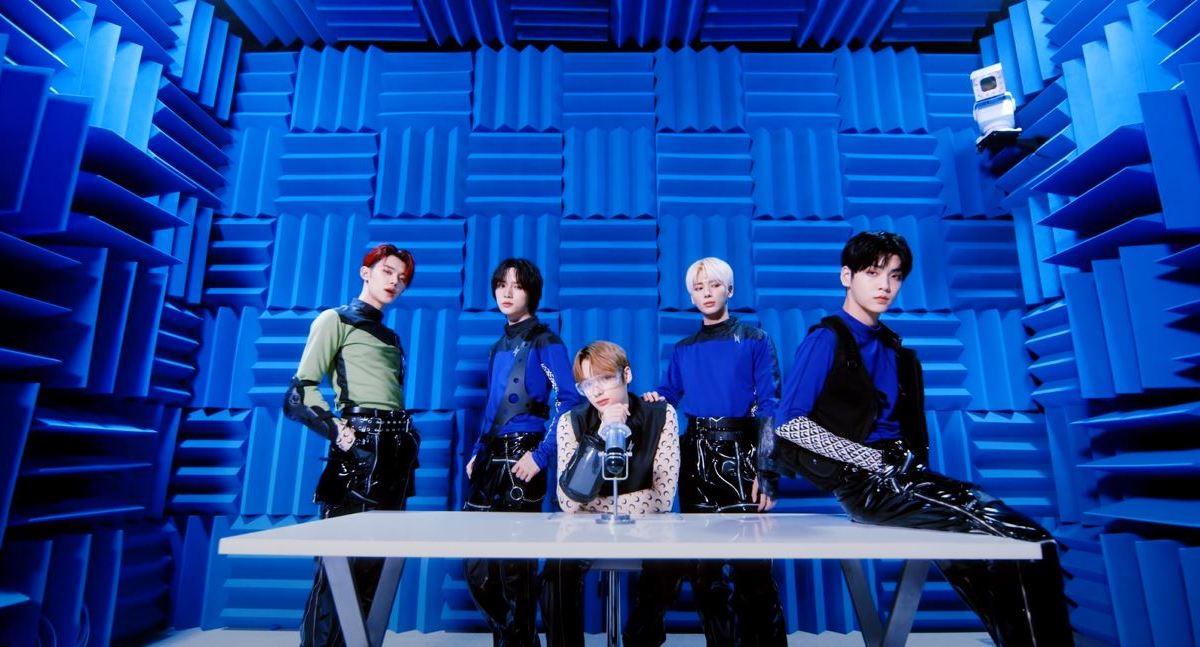 Back again with the International Song Review. I think I did flag that I might do a weekend of these a few weeks back, and I have enough releases to write two of the same post. For those who don’t know, this segment on the blog is where I cover songs released by Korean artists that are in other languages other than Korean. These songs are predominately Mandarin, Japanese and English. For this particular post, we will be checking recent international songs from TXT, MONSTA X, Kun & Xiaojun (from WayV), CN BLUE and BTS.

For those who visit my blog, you probably have seen Magic on my Weekly KPOP Charts, featured as the non-Korean KPOP Release of the Week corner of the segment for two or three weeks now. And it is obviously a song which I have really been dying to review for a while now. Magic is TXT’s first full-English track, featured on the group’s latest mini-album, The Chaos Chapter: FREEZE. There is so much to enjoy in this track. The upbeat, groovy and funky energy we get in the instrumentation, the energy that comes off said instrumentation, the catchy and repetitive hooks that we get. All of these are reasons why I cannot stay away from the track. The chorus is an exceptional peak for this song, encapsulating all of the above into sequences that are literally keyed into my mind. I also like how the members deliver the chorus in a falsetto matter. I also like the addictive chanty ‘everybody clap your hands‘ lines that follows the second and final choruses. For the music video, I liked the futuristic concept and story that was being told. TXT are humans, sent from the white spaceship to rescue their fellow humans who were held captive by the robots. TXT ended up getting caught and information was being extracted from their while they were in captive. But being clever (and I think they were of a high status), the members escaped captivity and spread their message or ‘magic’ throughout the robot population (i.e. the robots went from robotic mannerisms to becoming very freeing, dancing along to the music). In the end, the members ‘freed’ the robotic population and were zapped back to their spaceship. Aside from the plot line, I liked the white sets (looked sterile, which is fitting for the robotic theme for some reason). But I also liked the use of the colour of blue, which really popped out. Choreography-wise, TXT really shows off their stamina with a routine that just keeps on going. I really like the ‘Oh, Oh, Oh‘ part in the choruses and how only one of them moves and then everyone joins in. It is a simple move, but it looks really cool. (10/10)

Flavors of Love is the title of both MONSTA X’s most recent title track in Japan and the title of their 3rd Japanese studio album, released in May 2021. If you are looking for that intensity that MONSTA X, then this isn’t the right song for you (I recommend WANTED, which is also on the same album). Flavors of Love is more of a casual song, consisting of a mid-tempo pop acoustic guitar instrumentation and a light-hearted tone. If you are an avid MONSTA X fan (or Monbebe), you will realize that this is very foreign territory for the group. But it is a nice change of sound for the group, whose songs tend to be harsh and intense (as mentioned previously). The members vocals also reflect this change. I do find their voices to be more pure in this release, with less processing and autotune applied to it their voices as usual. They also sound much sweeter than usual. The rappers (Joohoney and I.M) also tweak their sequences to be softer and warmer. The song has a decent melody and hooks, making it a nice addition. I do prefer their harsher sounds, however, though this would be a nice b-side. The music video is cheerful and shows the members chilling and enjoying some free time as their leisurely record the song. Nothing really that interesting in the video, other than the fact that the video reflects well with the song. As far as I know, there isn’t a choreography for this comeback. There is a performance version, but they sit on chairs and happily deliver Flavors of Love to the audience. As a result, this wasn’t reflected in the final rating. (8/10)

Next up is Back To You, a ballad performed by Kun and Xiaojun from WayV (which is a NCT subunit, for those who are wondering why I am reviewing a Chinese group). It is an extremely nice ballad, instrumented with classical instrumentation typical of the ballad genre. There is a bit of deep brass (tuba, I think?), which is different from other ballads which are usually piano and strings oriented. I really liked how the instrumental built upon itself. This is always a good sign, as it means the song is developing as it goes and the ballad isn’t just a ‘straight line’. But that is one half of the song. The other half is Kun and Xiaojun, whom brings beautiful vocals to Back To You. They helped make Back To You into a captivating piece. It followed the same development as the instrumental, with their vocals building as the song progressed. Kun and Xiaojun also do a good job of giving the group a slightly different spotlight. I am more used to WayV’s dance tracks and I wasn’t known that the group had vocalists had capable vocalists who could handle stunning songs like this. It definitely makes me more aware of WayV’s skillset. The music video was good, but not as stunning as I hoped. We see the pair hang out in the forest and along the shoreline. A lot of the video has been edited to be slow, which made sense. I liked the views of the setting they gave us (particuarly that night time shot in the forest) and the pair looks good. I feel the video could have included more breathtaking shots of the scenery, as this would have provided a slightly different dynamic but still keep true to the ballad style. (8.6/10)

CN BLUE makes their first Japanese release since 2017’s Shake. This is their first work since the release of their most recent Korean comeback, Then, Now and Forever. Zoom is the group’s first upbeat track in a while, which is very refreshing and more captivating that their ballad comeback in November 2020. That instantly says a lot already. I like the brightness that the song has and the lighthearted energy that it emits. Though I do think it is the least captivating track out of the bunch I am reviewing today. I do yearn for something more meaty from the band, though I guess I have wait some more for that. I do like Yonghwa’s vocals in this song. I miss his voice and am happy that I am hearing his vocals once again. I am also glad that Minhyuk and Jungshin also leant a hand in the vocal department, providing backing vocals for the chorus’ hooks and Jungshin rapping that sequence in the second verse. I wish there was more of this, especially in their Korean releases, as CN BLUE is not just a one-man band. Though sometimes, it feels that way with just Yonghwa singing. For the music video, we see the members alone and this is rather frustrating for them. They all get invited to something, but we don’t see the resolution of the frustration. I wished we got to see that, so that the video had some sense of closure. I did feel the lighting in this video was a bit much and wished it was toned down a bit. It made the video look a bit glary and took away the effect of the colours. (7.3/10)

The release everyone is talking about. I liked the message and energy they are spreading with this song. But out of their Western releases thus far, I feel Permission To Dance is their weakest. I really liked both Dynamite and Butter as they had that heftiness that helped make them catchy and addictive. Permission To Dance is nothing more than a lighthearted piece and pretty much side-track material. They could have been more intense in some parts, but I felt the song had too many ‘soft edges’. There are aspects of the song I did like, however. I liked how the instrumental didn’t rely on much synths. Rather, a hearty selection of ‘classical’ instruments were used to form the backing of the song. I find this to be different and gives off a unique appeal. It also enables the presence of various percussion effects in the song , which added a nice textural flair. The vocal processing is something that I think could have gone out the door, once again. It feels so heavy and icky. Knowing BTS’ skills, they don’t need it whatsoever. So I wonder why the producers feel it is necessary to process their vocals in such a heavy manner. There were some decent hooks, though they don’t have that same level of appeal as Dynamite or Butter‘s had. Though I do hear they added a bit of the Dynamite hook to the song (the ‘Da na na na‘). I liked how the music video had inserts of ordinary people ripping off their masks and dancing along to the music. It reflects well with the message of being free and able to do your own thing. I also liked how the music video isn’t in a ‘set’. It isn’t as fake as their previous music videos, which is a good thing. Choreography-wise, I liked how BTS brought that lighthearted feel to the routine. It looks relatively simple and it looks like the members have a bit of fun in the performance as well. I also like the inclusive nature of the choreography, as they incorporated internal sign language into the choreography. Not exactly the first time it happened, but definitely something that should happen more often! (7.7/10)