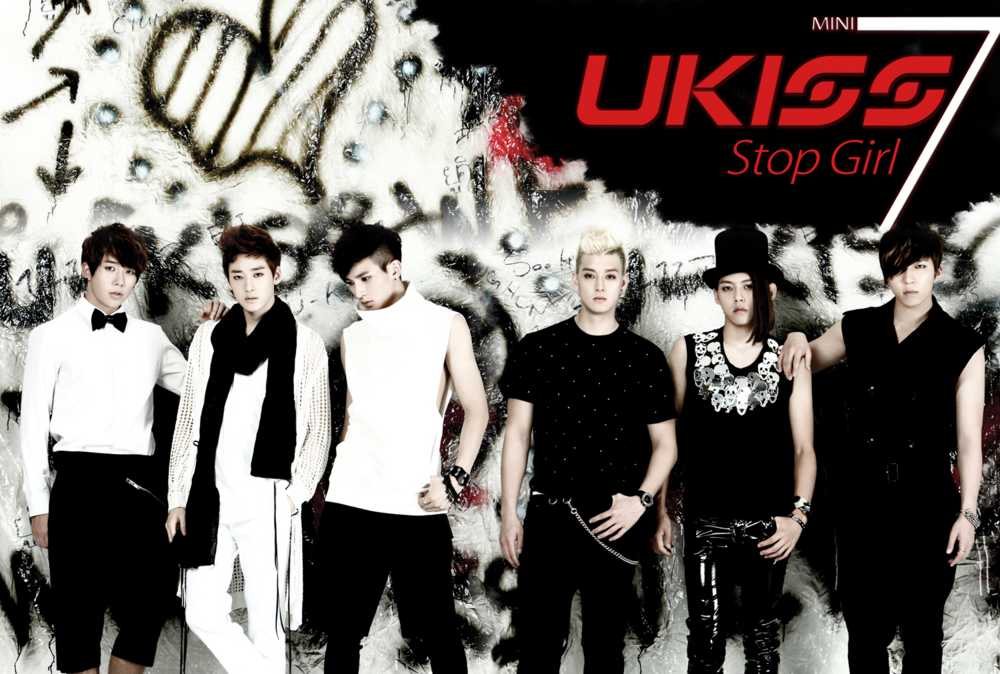 It is time for another album review for an album from the past. I have been wanting to review another album from U-KISS, so I thought to review the album that contains one of my favourite songs from the group, Stop Girl. The mini-album itself is also titled Stop Girl and this was the group’s 7th mini-album. It terms of its age, it was released way back on 10 September 2012 (which makes this album 9 years old in 2 days!). The mini-album featured six members (Soohyun, Hoon, Kiseop, Eli, Kevin and Dongho), with AJ (who was an active member of U-KISS in earlier promotions) taking leave for studies. The mini-album also features the English version of the title track, which I opted to not include in the album review. I did write a bit about the album’s intro, but also opted to not include the track in the final album rating.

1. IMMA NEW THANG (Intro) – I know I don’t usually focus on introductory tracks. But IMMA NEW THANG is one of those intro tracks that really grabs your attention with its edgy feel and intensity. It was definitely a new vibe from the UKISS that I knew at the time and I liked how they had the ‘Yeah’ from Stop Girl in the background.

2. Stop Girl (Title Track) – Click here to read the full review of Stop Girl. However, excuse the cringe me from back then. (9/10)

3. Time To Go – Time To Go continues mature vibes from Stop Girl in quite a dynamic track. The instrumentation is predominately made up of heavy thumping, piano that gives off R&B vibes and a subtle underlay of synths to keep the song moving along. The vocal works from the members was quite impressive. I also like the rapping and the marching band drums that was the backing for the rappers. Altogether, Time To Go came together quite nicely and had a great sense of nostalgia for me. (9/10)

4. Remember (Acoustic Version) – As far as I remember, I don’t think I have reviewed the original version of Remember before (it might be due to the fact that the original version was a OST for a Korean drama). It was a nice ballad that showcases the vocal abilities of Soohyun and Kevin, who were the only members to be featured on this album. The piano and classical instrumentation was quite pleasant and soothing. My only gripe about the song is its placement on this album. It just doesn’t fit and felt misplaced between two dance tracks. (8/10)

5. Sexy Baby – I personally have no more memory of Sexy Baby. For this album review, I am writing my thoughts as if I had never heard the song before. Sexy Baby was nothing how I expected it. I expected a more sensual vibe that is smooth and alluring. But we didn’t get any of that. Instead, Sexy Baby was extremely synth heavy club vibe song. Its instrumental was just a heavy dosage of everything for me, which isn’t a common thought for me to have. In terms of vocals and rapping, I didn’t feel like there was anything interesting on that side as well. A passable song for me. (5/10)