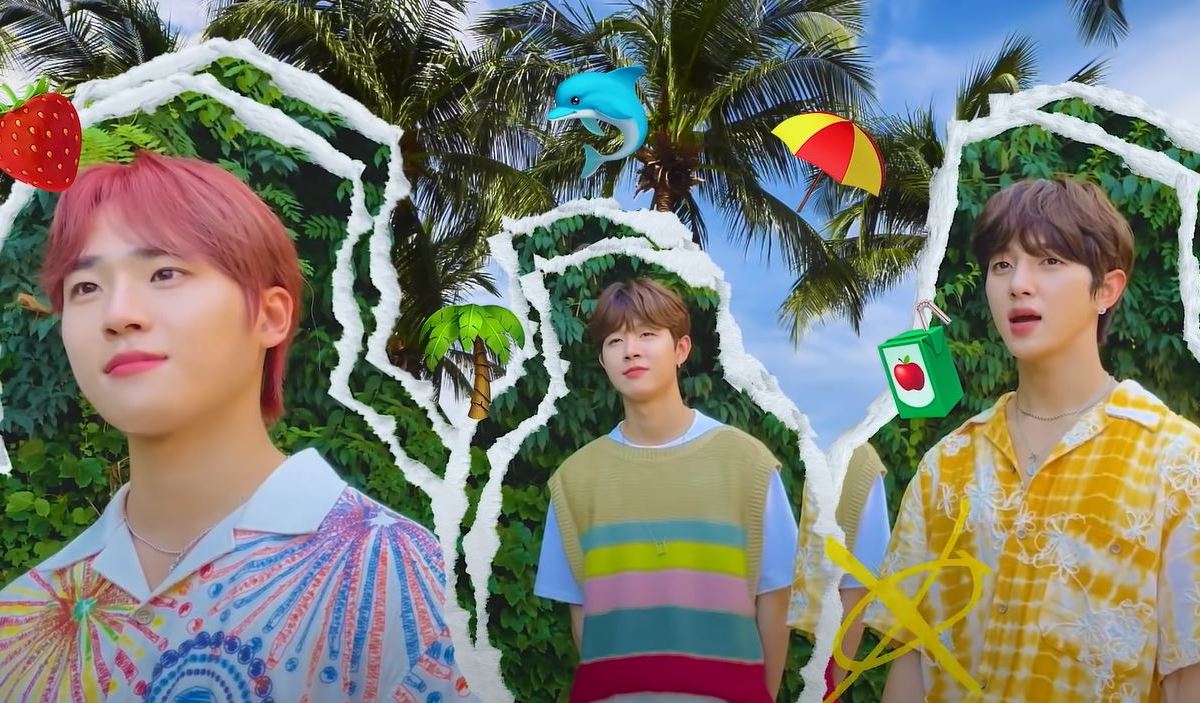 Coming up later today is the album review for Golden Child’s second studio album (and its repackaged version). But as mentioned yesterday, there is still a few more unit and solo tracks to review off the album before I can post the full album review. First up today is the unit track That Feeling, which features Seungmin, Donhyun and Jaehyun.

I too do not have much to say about That Feeling. It isn’t a mind blowing track, but That Feeling comes off as a nostalgic listen to me. It is as if I have heard the song before. This does not mean that it is a direct copy off another song. Instead, thanks to the song’s warming and mild atmosphere, That Feeling comes off as familiar and inviting. And I quite like that aspect of this unit track. I also find the song to be quite sweet-sounding, which can be attributed to the the likes of Seungmin, Donghyun and Jaehyun. Similarly, the melodies, especially during the pre-chorus and choruses, were so nice and soothing to listen to. I also appreciate the lightness of the song and how it is easy of the ears. From the vocals to the trumpets we get in background, nothing overwhelmed and contributed to that overall inviting and warm feeling. Overall, That Feeling was quite a likeable track.

There isn’t anything too crazy in the music video. Like the song, it also quite sweet and fits the tone of the song overall. Seungmin, Donghyun and Jaehyun are on a road trip in Korea, with a lot of the footage of them are at a beach and on the road. I did like the combined usage of the Instagram look and the ripped photo/scrapbooking look. Both came together to give the video both a modern and rustic look. but I also thought that both contributed to a playful and fun vibe as well.