It has been a while since I focused on the International releases of KPOP, so I will spend the rest of today looking into these releases. If you want to read my review from the last time I covered International Songs from KPOP artists (TWICE, ATEEZ, SHINee, Jackson Wang and Rocket Punch), you can click here for that review. In this particular, I will be covering Ten’s SM Station release, Jackson Wang’s collaboration with Internet Money, WayV’s subunit release, Yuqi’s solo debut and 2PM’s grand return to the Japanese music market.

Early August saw Ten release the all-English single Paint Me Naked. It is a super energetic and expressive solo track that seems to take on a mixture of pop and punk. Personally, I thought the more pop-centric moments (i.e. verses and bridge) were a bit dry, but the punk side comes through via the chorus and definitely kicks the song up a notch. I liked how the song progress, with the final chorus giving us a satisfying blast of energy that helps peaks the song in a very strong manner. This vocals were consistently good throughout Paint Me Naked, showcasing his potential for the industry. The music video was okay. It channeled some of the energy from the song, but not entirely. It also wasn’t memorable and didn’t give you much reason to return to. The performance that came along with this release was a lot better and did a much better job of channeling the energy that we got from the song. Ten sang live on his performances, so unfortunately this hindered the energy he could have put into the performance. But this didn’t mean that the performance didn’t come off as fun or had a satisfying kick to it. (7.4/10)

Jackson Wang has consistently pushed out new songs this year and has featured in three of the six ISRs posted by me this year (not including this one, which will be his the fourth appearance this year)! Back in July (I know, a long time ago), Jackson released the English single Drive Me Home with Internet Money (a music producer). This isn’t Jackson’s most impressive song of the year, but it definitely one of his most heartfelt and emotional releases yet. Once again, his husky and raspy vocals are on full display. I really like how he used his vocals in this song to deliver that emotional side, especially during the choruses. I liked the consistency of the instrumental. It bubbles away in the background. It isn’t special (actually more typical than anything else), but it added necessary drive and substance to the song to make it more engaging and Jackson more expressive with his vocals. The music video was an interesting story. It began with the future, with Jackson being a successful applicant in a job. I noticed his workplace felt sterile and typical. It is like whatever happened to him lead to this outcome. From then on, we see the events of his life happen in reverse. Jackson is drunk, thrown out of the club after smashing it up, all the while crying his way through the club. Then we see him in rags on the road, stopping and slowing traffic and looks quite injured. The ending showed the unfortunate events that occurred, which explained everything that happened prior in the video. Jackson had fallen in love with the girl in the picture frame. So in love that he is distracted by her while driving, causing him to crash and accidently kill his lover. It is a heartbreaking story that was creatively and uniquely told in this video, and matches the emotional side of the song. (7.8/10)

After releasing and promoting Paint Me Naked, Ten returned soon after with YangYang for the release of Low Low, another all English song. Low Low is a pleasant track, with smooth melodies and a somewhat fun and upbeat dance instrumental that carries hip-hop influences. I quite liked how Ten and YangYang sounded in this song, but I wished they were more striking with their vocals. I think this could have taken the song to a whole new level and not by limited by the ‘pleasant’ descriptor. For the vocals to be more striking, the instrumental would have needed a bit of a revamp as well to support any attempt for bolding, in my opinion. I did notice the producers seem to add a bit of inclination/build towards the final chorus by adding a bit of electronic synths into the the bridge for a dance break. And I would have liked it, had the final chorus continued that momentum. For the music video, I watched it once and didn’t even bother returning to it again since its release. It was also a pleasant video, but not memorable whatsoever. Like Ten’s earlier song, Low Low faired a lot better with the choreography. It isn’t anything grand, but it was a fun choreography overall, especially that brief dance break/battle we had between the pair. (6.8/10)

The oldest release on this list is Bonnie & Clyde, one of the solo debut singles from Yuqi, who hails from the female group (G)I-DLE. It was released way back in May of this year. Bonnie and Clyde is a fantastic song. I really liked the uniqueness of the instrumental here, combining the likes of trance and rock. It is of a low register and it is bounces forward continuously, which kept the song moving towards its end. It pairs with Yuqi’s vocals extremely well, who also took on a much lower tone for this release. Altogether, the elements of this song really gets me reaching for the replay button. How it took me this long to actually review it is a concern that I need to reflect on! For the music video, Yuqi goes on the run after finding some diamonds. But first. she takes the diamonds to a very risky game of chess and wins back her diamonds which she had bet with. Then the police comes and she makes a run for it. We also see another version of Yuqi. I am not too sure what the relation here, but my wild mind says she has a split personality. One side is the risk taker, while the other side of her is more proper. But both are aware what happens when the other personality takes hold. (9.2/10)

I end this ISR with With Me Again, the most recent track on this list.. It also doubles as 2PM’s grand return to the Japanese industry, which they had spent a lot of time in before the group had to enlist in the military. With Me Again encapsulates all the mature and sexy vibes that they are known for into one track. It comes off as stylish, classy and trendy. I liked the vocals throughout and I quite enjoyed the higher note that the main hook is in. I also liked that subtle tango tinge to the song’s instrumentation and the funky touch from when Taecyeon raps. I wished the rest of the verses were more memorable, as I don’t remember them as much as that main hook (which is quite striking over the classiness of the instrumentation). The music video was fine to watch. I really want to say ‘Nothing was memorable’ with this music video (as for the most part, this was the case). But unfortunately, one member’s scenes just stuck out for all the wrong reasons. I am not too sure how Chansung’s bull riding scene fits in with the entire concept and thought it looked ridiculous. I would gladly like to press the erase button on that and hopefully never want to think of it ever again. Thankfully, no bulls appeared in the performance version of With Me Again. Instead, the group reverts back to that stylish and classy manner that I had already mentioned. (7.5/10) 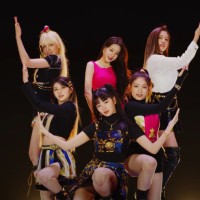