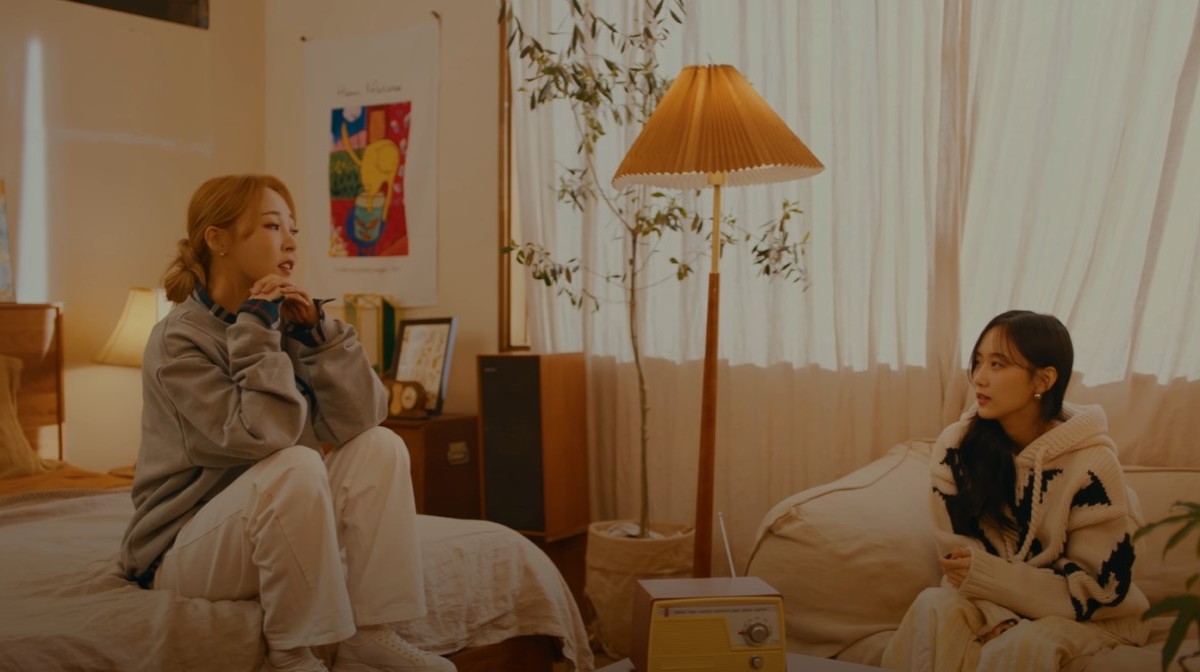 Like my last post, there is another track that fits the brief (solo artist, song released in the last few months, and should have been covered before I reviewed the main title track) from last year. That track is titled Shutdown, a collaborative single from Mamamoo member Moonbyul and Seori, released at the end of last year as well. Shutdown is one of two pre-release singles (the other being G999) that is featured on Moonbyul’s latest mini-album, 6equence, which is lead by the single LUNATIC.

Shutdown is a smooth mid-tempo R&B track with one of those swayable melodies that I love. One of the things that stuck out at me (and to a lot of listeners as well) were the lyrics, which had two key chrematistics – they promoted inclusivity and were a bit erotic as well. Essentially, Shutdown is a song about a relationship between two women and Moonbyul has been receiving praise for this. Moonbyul has also confirmed the erotic nature behind the lyrics. Good on Moonbyul for breaking boundaries with this song, as it is pretty rare sight in KPOP. Aside from lyrics, we also have the amazing vocals of both Moonbyul and featuring artist Seori in Shutdown. Moonbyul’s natural lower tone is well utilised in Shutdown, keeping the song grounded. As for her rapping, I kind of understand its presence in this song to make the song a bit more interesting and not as repetitive. But I felt it was a bit too heavy, and should have adopted a softer approach to compliment the rest of the song. Seori brings a higher and lighter tone. I really enjoyed the airness that her vocals brought to Shutdown, and helped made the chorus more prominent. This is also why I feel Moonbyul purposely used her lower tone to ensure Shutdown isn’t too light and airy. Both artists balance each other and creates such a good track. The best part of Shutdown definitely has to be when the two vocalists alternate with each other the lines of the pre-chorus. Definitely the most memorable part of Shutdown. I also found the bridge to be stunning. A beautifully pre-release overall.

The music video is pretty nice looking as well, which compliments the song well. The golden hue we get from the lighting and colours is very warming and comforting. The video depicts the relationship between two females as mentioned in lyrics/song portion of the review. But instead of being erotic like in the lyrics, the music video shows a sweeter side of the relationship. At first, it appears like Moonbyul is alone and Seori is like a ghost. But at the end, I liked how they transitioned it so that Moonbyul and Seori are seen interacting with one another (whilst also lip-syncing to the song).