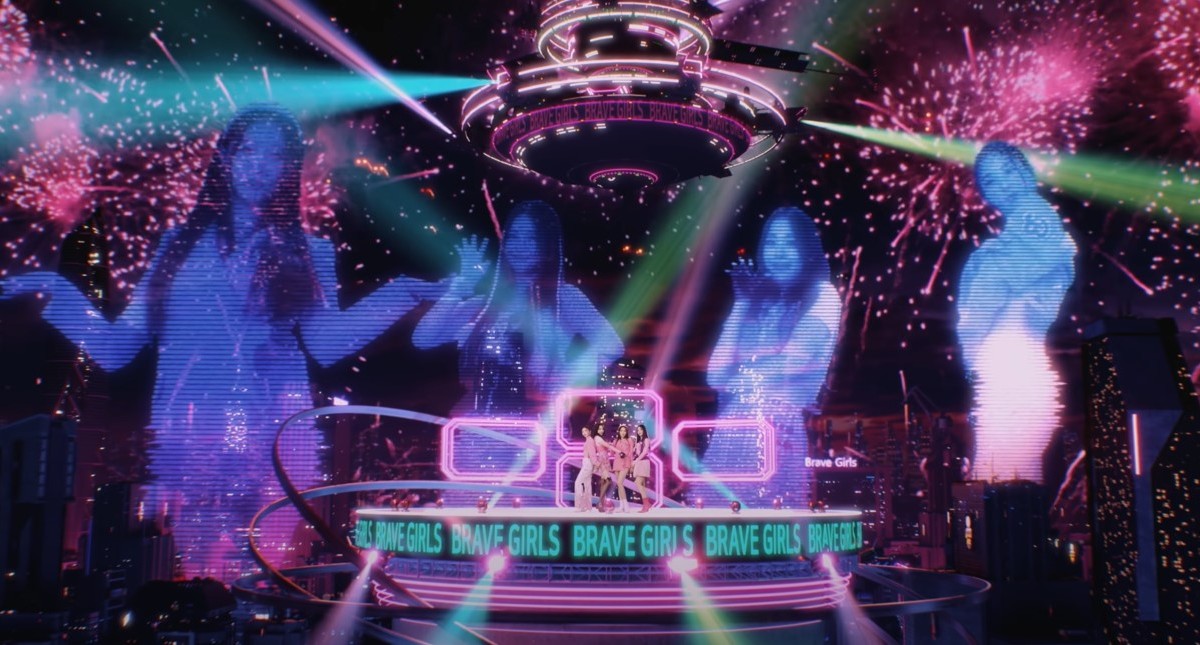 As previously mentioned, today is the start of a wave of comebacks that we will be seeing in the second half of the month. It is notable given how slow and quiet the last few weeks have been. Of course, this will mean more reviews and I hope I will be able to stay on track. First up is Brave Girl’s Thank You, which is featured as the title track on their sixth mini-album (that shares the same name). This is the group’s first comeback since their rise thanks to the resurgence of Rollin’, Chi Mat Ba Ram and After ‘We Ride’.

Thank You takes on the funky side of retro. Sure, this sounds pretty ordinary given that it is combines two style influences that is consistently the main feature of KPOP songs nowadays. But what I quite enjoyed about Thank You was the elegant nature that comes about from Brave Girls’ mash of the two influences and I personally find it fitting for the group. It is fun and lively, yet maintains that mature side of the group that we know is part of the group’s profile. When it comes to the other parts of Thank You, I find them to be quite pleasant. For Thank You, I use the word ‘pleasant’ in a positive manner. Firstly, the track has a wholesome meaning since it is dedicated to the fans who have stayed by their side during their toughest times, Secondly, I found the vocals nicely done. Each of the members didn’t overwhelm or underwhelm with their delivery. To me, it was the case of Goldilocks’ perfect. I also like the autotune in Thank You, which helped highlight the retro side of the song. I will be critical with the melodies and hooks. I wished they were more profound in Thank You, just to be that extra bit more satisfying and fulfilling. What we got was good enough, but I seem to think more could have been done. Also, the rapping in the second verse could have been a bit cleaner. It just felt a bit muddled (sorry Yujeong!). And thirdly, everything in Thank You just works in harmony with one another to give off that pleasant feeling.

Majority of the video was shot in front the green screen. At first, I thought it cheapened the video. But I realized that I was watching the video at a lower than optimal visual quality. Turning the quality up, the video actually looked quite good. Usually, I don’t mind what quality I watch the video at. But for Thank You, it really effected the experience. So, I recommend you watch the video at the highest quality in which your device can handle. I also believe elements from their past videos are in this music video, which would make sense given the song’s meaning. I was reminded by After ‘We Ride’ with Eunji’s solo scenes with the white flowers, her hat, the seats and light projections. Chi Mat Ba Ram came through with the re-appearance of the sky whale in the background of one of the choreography shots, while Yuna’s scenes where she is riding the motorcycle reminded me of We Ride’s car ride.

Unfortunately, some of the members have tested positive to COVID-19, so their comeback showcase originally to be held today was delayed as a result. So I don’t think we will be seeing a live performance for this comeback until next week. But what I did see in the music video looks good. Nothing felt memorable like in their past performances, but I liked how the choreography encompasses the retro/funky influences. I also like the change up in the final chorus, which helps makes the performance appear more fun.