It is time we crown the next Queen of KPOP through the second season of Queendom. Following the success of Queendom Season 1 (which crowned Mamamoo as the winner), Road to Kingdom (which gave The Boyz a one way ticket to the next competition) and Kingdom: Legendary War (which crowned Stray Kids as the winner), Queendom is officially back with six new female participants. This season sees WJSN (Cosmic Girls), LOONA, Brave Girls, Kep1er, VVIZ and Hyolyn battle it out for the Queendom title, while Taeyeon (from SNSD) takes the helm as MC this time around.

As I have reviewed part of Queendom, all of Road To Kingdom and Kingdom: Legendary War, I will also be reviewing the stages of Queendom 2, recapping the high caliber performances from each round and also putting forward my thoughts on what the ranking should have been for that round.

Starting off the show this time around are short introductory performances, referred to by the show as Opening Show Performances. Unlike the 100 second performances that opened up Kingdom: Legendary War, Queendom 2 does not consider this as an official round and these performances are not a determinant in determining the final winners of the show.

However, for the purposes of my recap and ‘my thoughts on what the ranking should be’, I will be determining a rank for these Opening Show Performances (based on my personal thoughts) and will use this ranking in determining my personal pick of a final winner.

WJSN starts off their Queendom campaign with a short version of Save Me Save You that focuses on both the elegant and dramatic sides of the song and group. I quite like this performance for the showcasing of these styles, and overall stage presence. It begins with a brief instrumental sample of their hit Secret and Seola opening a music box. The design on the music box ends up being displayed on the floor of the stage, and the other members performing on the design, before all eight members (sans Bona who was preoccupied with acting schedules, and Dawon who is currently sitting out of schedules due to health issues) come together to showcase elegance and dramatic sides through their dance routine over some classical piano. Vocals come into play, and the members do a quick outfit swap (from dark blue to light blue). I wished the cloud that shoots up from the front of the stage did a better job of hiding the members during the outfit change, just to give that performance more of a wow factor. But overall, a satisfying beginning to the show for the group.

Everything in terms of stage, instrumental and outfits was extremely simple for LOONA’s Opening Show Performance, so the focus was placed on the group’s performance. It is a silky routine that showcases the group’s performance potential. I quite like this direction, as it definitely feels like the group hit the brief for Queendom. There was a range of emotions portrayed throughout this performance (which includes a bit of their Satellite single), such as gracefulness, fierceness, sensual, powerfulness and probably a few more. None of them overpowered or became dominant, and so there was a level of sophistication and aesthetic to the performance. Overall, a strong showing from the group, as expected by fans such as myself. On a more critical note about the performance, the group could have been a bit more synchronised. I think the intention to be synchronised was there, but it just wasn’t perfectly executed. Had it been perfectly executed, LOONA would easily been miles ahead with this opening performance.

VIVIZ continues the retro theme of their debut track, BOP BOP!, on their Opening Show Performance stage. You can also hear snippets of BOP BOP! in the background of this performance! Personally, I felt VIVIZ’s performance was the most vibrant and pop-aligned start to the show, which is appealing to my personal taste. I like the brief start with the shot from above. It is creative and the hand choreography was fun. We then switch to small solo stages for each of the members. Given that the group only has three members, this was a unique move and one I think pays off in terms of impact. However, I believe a bit of refinement was needed from each member to make their solo routines stand out a bit more. I also wished their expressions were less serious, which would help add life to the performance. The three members then reunite, and this is when the performance is at its peak. The moves here felt more polished and there was a level of sexiness that I quite liked. I also liked the speaker towards the end of the performance, pumping powder up into the air. It just adds a bit more flair to the performance.

For Brave Girls performance, consistency was the big that popped out at me. All the moves definitely fitted in with one another and the flow was great. The music was just right and I really like that the group capitalised on their Rollin’ hook in this song without pulling out any of the Rollin’ dance moves. They easily could have gone down that route, and that would have resulted in a ‘safe’ performance (or potentially ill-fitting routine, if the music remained the same). But this stage was not safe, but was somewhat more adventurous for the group instead. Overall, it was a fun stage to watch, which showed off the group’s showmanship and skills. The use of hats and jackets throughout the performance was definitely cool. The jacket flick back at the end was definitely very sexy. And I really enjoyed the sequence where two members were facing forward and the other two members were walking backwards whilst walking towards the camera, followed by that switcheroo move. If anything, I wished the dance moves were a bit sharper in terms of execution.

Hyolyn’s is this season’s one person act. Through this performance, Hyolyn establishes that she is one versatile performer. She has the performance skills, the experience, the amazing vocals that once (and still) swoons the audience. She kind of has it all. In this brief version of Dally, Hyolyn commands the stage alone. I expected dancers to appear on the stage, but this expectation did not become fruitful. Instead, she pulls off the performance by herself with no problems. This speaks towards her stage presence and skills no doubt. The stage hosted one sexy act that is bound of drive fans crazy. Her opening was striking and made an impression, both in a visual and in vocal sense. Hyolyn definitely made an impression, and a strong one at that!

Kep1er is the relative newcomer and is expected to bring a youthful charm to the show. I don’t have much to say about this performance, other than ‘wow’! I like how fierce the performance was. It just shows us that they are not a group to mess around with or underestimate, given their lesser experience. I also really like the military influence to the performance. I also enjoyed the bolder and abrasive remix of See The Light that the group performs to. They got the synchronisation down pat and definitely had strong stage presence, something remarkable for a group that has only been around for a couple of months. Once again, I have nothing else to say about the performance other than a wow!

And the winner is…

Do you agree me? Let me know in the comments below!

Next up: Queendom 2 – Preliminary Round 1 – Representative Song Battle 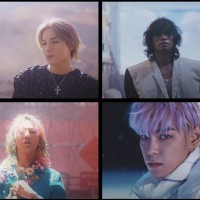