The biggest group in the industry is no doubt Wanna One. Their debut completely smashed the charts. Digital or physical (albums) charts were completely dominated by Wanna One, who even managed to knock down a very legendary group of KPOP. Their debut mini-album, titled as 1×1=1 (To Be One)  is just the start of their journey for the next year and a bit. At first, I wasn’t sure whether I would be reviewing their mini-album, but given their performance in just the first two weeks of their careers, it would be rather disappointing to not look at them even further.

1..To Be One (Intro) – Despite it being very short, it does grab your attention from the get-go. It was a powerful piece of music that does what it was intended to do. The drop was a little unexpected but gave the track a very interesting side. Though I don’t tend to include the intros into the rating, I happy to, as this scores quite high in my books. (9/10)

2. Burn It Up (활할) – If you want to get the full experience with Burn It Up, I recommend listening to the performances. The fans (for some odd reason) give it a hyped feel, which I think suited the song quite nicely. Just listening to the audio, I could feel the song needed bass. However, the performances have so much that is makes the song sound so great. Burn It Up is extremely catchy and intense from the get go. All the elements work extremely well, from the rap to the vocals. (8/10)

4. Wanna Be (My Baby) – If the title track was there, this could easily have been the title track. I actually thought this song nudged ahead and was the best song on the entire album. The combination of the raps, vocals and instrumental felt more dynamic in the song. It was definitely a ‘loud track’ that didn’t hold back and I actually liked that. Despite that, the bridge managed to slow down for a few seconds, which gave the listeners much-needed relief from the intensity that they already felt and what was to come for the rest of the song. (10/10)

5. Always (이 자리에) – If I am not mistaken, Always was the song that all the trainees performed in the finale as a reflective piece for their time on the show and a way of saying thanks to all the viewers. To me, it was a bitter-sweet end to the album. Wanna One does a great job of carrying that same level of emotion that was felt in the finale through this song. It is a beautiful ballad, which evens out the intensity that the rest of the songs contributed to. But listening to the song reminds me of the other trainees who could have made it into Wanna One and that makes me sad. (9/10) 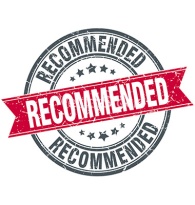