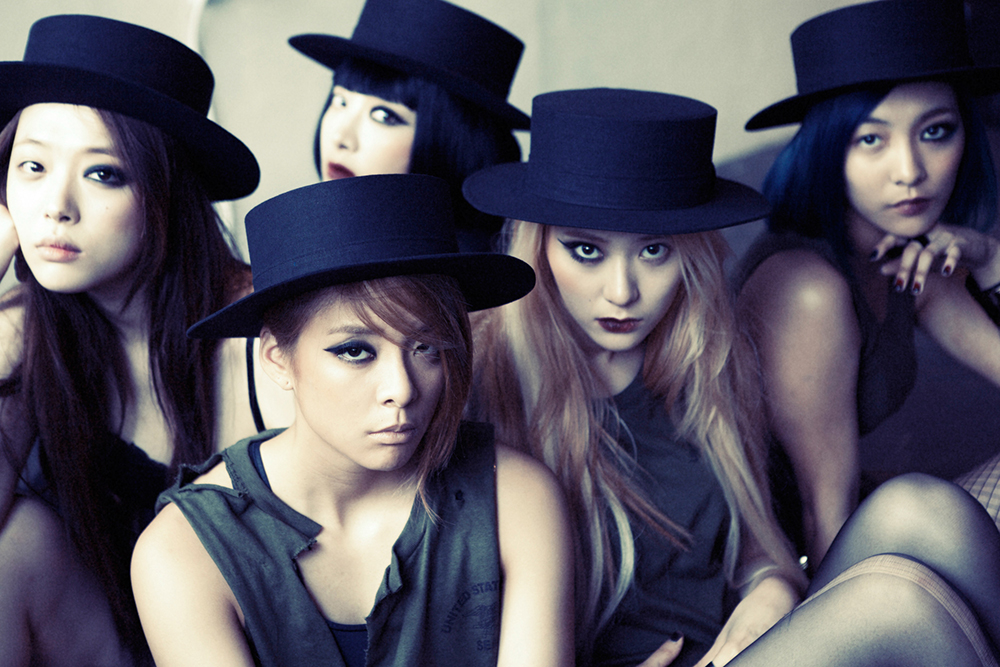 Starting from this Past Album Review (PAR), I will be posting these PARs once a fortnight (as opposed to weekly) so that I can focus more on reviews and manage my time better 😊.

The next PAR that I wanted to do was an F(x) album. It took me three weeks to write it up, since there was so many songs! But after many delays, I have finally completed my album review for F(x)’s third studio album, Red Light, which features the title track of the same name. What was quite surprising was the realisation that this album was released 6 years ago in July 2014. Definitely a long time since 2014, but it is scary how quick time has flown by. It is also the last album to feature the late member Sulli, who left the group the year after its release.

1. Red Light (Title Track) – I do not have a breakdown of 8/10 rating I gave the entire Red Light comeback. Given how much I have enjoyed he song since its release and the original review, I have decided the song was worthy of a 10/10 rating. Click here to read the full review for Red Light. (10/10)

2. MILK – MILK is one of those odd tracks that F(x) is quite well known for. It definitely feels that way if you are listening to the song for the time, as it mixes a Bollywood sound with traditional pop. Personally, I dig this song due to the amount of times I have heard it (as this song was also promoted alongside Red Light). It is less heavy, allowing F(x) to show off some innocent and cutesy charms without the full commitment to the cutesy concept. I also enjoyed the vocals throughout MILK, being one of the song’s charms. (9/10)

3. Butterfly (나비) – To me, Butterfly’s instrumentation has a Britney Spears type of vibe to it. But as we progress away from the start of the song, Butterfly transform into a neat pop track. Typical pop at the very best and it is a whole lot lighter in tone and has less attitude (which is quite synonymous with Britney Spears). That is thanks to F(x)’s beautiful vocals, which brings that lighter tone to the song. As a whole, Butterfly is quite pleasant to listen to and frankly, underrated with the lack of attention it got. (9/10)

4. Rainbow (무지개) – Despite being released for 6 years now, Rainbow is one of the few tracks that I just cannot get used to. And I blame the very start of the song that overwhelmed me. It has been a while since I listened to the song and it actually surprised me (more like scared me as I had my volume on full blast) when I listened to the song to write this review. It attempts to infuse a hip-hop sound, which I personally don’t mind. But I don’t think it is a perfect fit with the pop direction that the vocals ended up opting for throughout the song (though the group does execute the hip-hop/pop sound later on in the album). (6/10)

5. All Night – There are two things that still amazes me even after all these years with the very retro All Night. The first is the pleasant melodies. They were so easy to get into and they just made the song so smooth to listen to. The members do the heavy lifting with the melodies and I commend them on that. The second thing has to be the 80s style instrumental. It is pretty straightforward for the most part, but I love how the synths accented a lot of the instrumentation, giving the song some depth. I also really liked Amber’s raps, which fitted in quite nicely. (10/10)

6. Vacance (바캉스) – Vacance is the group’s attempt of pop rock on this album. While I liked the instrumentation and their vocals separately in this song, I actually did not enjoy them together. It just felt oddly incompatible. The instrumental was slow and weighed down, but it was quite funky. The vocals leaned towards really high falsetto and her effortlessly smooth. However, the pairing of the two just doesn’t blend together as nicely as I had hoped. Maybe if the funky instrumental was a little faster, the vocals would have fitted a little more nicely. (6/10)

7. Spit It Out (뱉어내) – Spit It Out is no doubt one of the group’s wackier tracks. But it is tracks like this that gives F(x)’s discography and singles that unique spark. I can see why some people might not like Spit It Out. Its instrumental is quite obnoxiously chaotic and may overwhelm some listeners. But moving past the crazy and chaotic nature of the synths and instrumental, the intensity is very thick and I find this to be an appealing point of the song. I also enjoyed the feeling of having everything just coming towards you at once, which is how I would describe this song. Their vocal and rapping work was quite solid in Spit It Out. (8.5/10)

8. Boom Bang Boom – Once again, Boom Bang Boom may also overwhelm the listener with its energy, especially when it comes to the explosive chorus, which may be a bit much. But as you can tell from the preceding track, I quite enjoy this technique and it really draws me in. To me, Boom Bang Boom is a lot simpler in terms of instrumentals and hence I don’t find it to be as chaotic and crazy like above. The fast tempo vocals and rapping does seem like a blur, but they compensate with an undoubtedly powerful and memorable chorus. And as per Krystal’s commentary at the end of the track, I love this song. (9/10)

9. Dracula – Dracula is my pick for the hidden gem on the album. It is a cohesive track that I just cannot fault. There is a lot of elements to enjoy in Dracula, so I am going to pick my favourites. I really like the hip-hop vibes that come from the song and the eerie yet soothing vocals that precede the chorus. The chorus was super catchy and addictive. I don’t have much else to say about the song, but it definitely one you all should have a listen to if you want a taste of F(x). (10/10)

10. Summer Lover – I think coming off a number of energetic and upbeat tracks, the thumping beat in Summer Lover comes off rather slow. Maybe Summer Lover could have been more effective as a track if it was placed prior to some of the above tracks. Despite that, Summer Love is a decent pop track. It feels wholesome and a return to normality. I really like how they sing the chorus together and the bright energy that comes off the song, which makes it suitable for … you guessed it… Summer. (7/10)

11. Paper Heart (종이 심장) – F(x) ends the album with a mellow and light acoustic pop track. It is a nice track to end with. It is also one of my favourite side tracks, thanks to its simple melody and catchy chorus. It also features the beautiful vocals of each of the members. But Amber really stands out the most. It is actually the first track that drew my attention to Amber back then and the fact that she could sing. I know I missed out a lot prior this to revelation, but I am glad it did! (10/10)