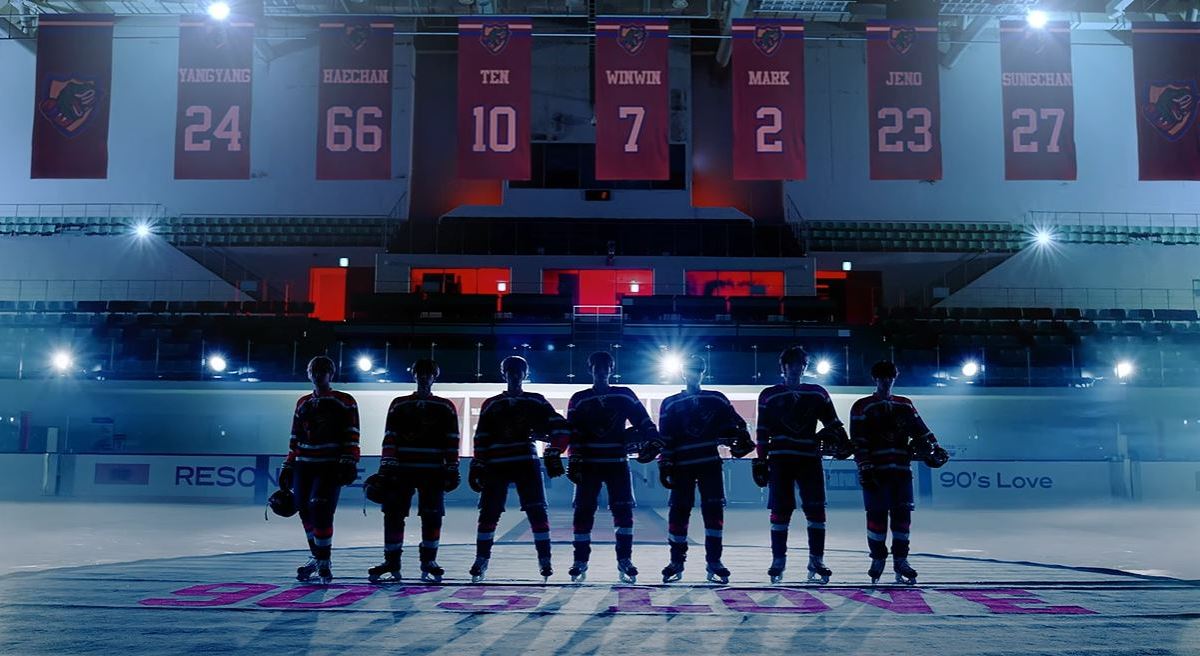 90’s Love take you back to the retro hip-hop that we got commonly from the era in the song’s name. There is a modern twist to the song with the various instruments used throughout, so the song can be better described as ‘newtro’. It is jam packed with energy that throws it back to the 90s, which makes the song so much more appealing for me. The use of drums constantly really makes 90’s Love so much more abrasive, but in a fun and dynamic manner. The ‘Hey Hey Hey’ at the start really helped hype up the song and I liked how the rapping continues the momentum of this hype. The whole rapping sequence in the second verse is proof of this, even though it is detached from the first verse. Definitely reiterates to me Mark’s capabilities and also shows off Sungchan’s talent/potential. 90’s Love‘s point of weakness has to be the sudden change from retro to vocals for the bridge. There isn’t anything wrong with the two sections (like how do I fault Haechan and Ten’s amazing high note?). It is just the sudden change that really cuts the flow of energy in the song and reduced everything that was going on beforehand into basically nothing. I wished there was some bridge to really connect the two parts, like a gradual easing into the vocal sequence. Interestingly, I found the relaunch back into the chorus to work just fine. And as I said, the vocals in this section are on point. Overall, 90’s Love is definitely a full on type of song, with just one hiccup along the way.

The ice hockey concept is definitely pretty cool. I really like how the entire ice rink had the NCT branding, which I guess SM Entertainment is fortunate enough to do. I found the dinosaurs to be a really funny and lighthearted addition to the video. Usually I would say all the references to the dinosaurs are a bit random. But since it is the mascot of the team, I really cannot say that as the dinosaur has its purpose in this video. I did also like the random video game version of the mascots dancing to the choreography. I guess the main question is what is up with Haechan (I think it is Haechan) on the spinning thing at the end of the video? A possible hint for the next video? I guess we have to wait and see.

Great choreography from what I can see from the music video. The entire dance break just after the bridge was very intense. The constant percussion and the energy really lends well to an amazing routine that NCT U pulls off without any problems.