Making their return yesterday is Weeekly, who returns with their fourth mini-album, Play Game: Holiday, and the title track, Holiday Party. This is the group’s first comeback since After School earlier this year. The biggest difference between the two comebacks is the lack of a member. Shin Jiyoon is sitting out of promotions for Holiday Party and for the next while due to stress and anxiety, but did participate in the recording of the album and the music video (as seen down below). Weeekly will continue as a six-member group for the time being while Shin Jiyoon recuperates.

I have listened to Holiday Party twice since its release yesterday. One clear indication I really enjoy a song (and I am assuming that this is the same for most people) is that it has me coming back for more – either immediately or quite soon after. But based on my confessed listening frequency thus far, it appears that Holiday Party just doesn’t reel me in. I thought the song just didn’t bring anything new to the table or redo anything previously done in a refreshing manner. For the most part, the song was largely forgettable for me. The vocals were good, but it was almost borderline sugary territory for me, which I am not much of a fan of. The rapping felt much better, particularly Jiyoon’s section at the end. I felt her sequence, though brief, gave the song a bit of substance, and was a nice cut through the high pitched vocals of the chorus. Wished there was more of this! The instrumental took on this choppy style which I thought was good, but it wasn’t exactly amazing at the same time. The melodies and chanty style that made the chorus were okay, though they didn’t ping me for being something memorable. I did like the contrast between the instrumentation and vocals though. That is probably one of the few things that make the song somewhat interesting for me. Overall, I would say that that Holiday Party comes off as bubbly and pleasant (as a whole). But it simply stops at that. Personally, I don’t know what I want with Weeekly. While I do like how they are staying ‘original’ by keeping true to their roots and keeping their discography quite consistent, I don’t know if they can continue and succeed with such formula if they cannot find a catchy and memorable song like Tag Me or Zig Zag again.

I feel similar comments could be applied to the music video for Holiday Party. It was an okay video to watch. Nothing too memorable to get me to return to the music video for further repeats. The members go on a fun trip and have some fun. That is the extent of this music video. Great concept for a Summer song, though I feel the sets and music video felt too artificial as a result and this dulled any appeal of the concept. I wished they ventured outside and had some real fun in the sun. I think that would have been more impactful than a spewing washing machine or golf on a pink planet.

Again, the performance isn’t memorable. But I think it did a good job of channeling the bubbliness and pleasantry of the song. It did have a bounce to it, which I guess works with the choppiness of the song. But overall, I feel that this was a forgettable comeback for the group. 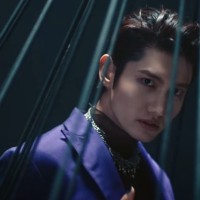 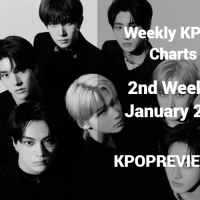