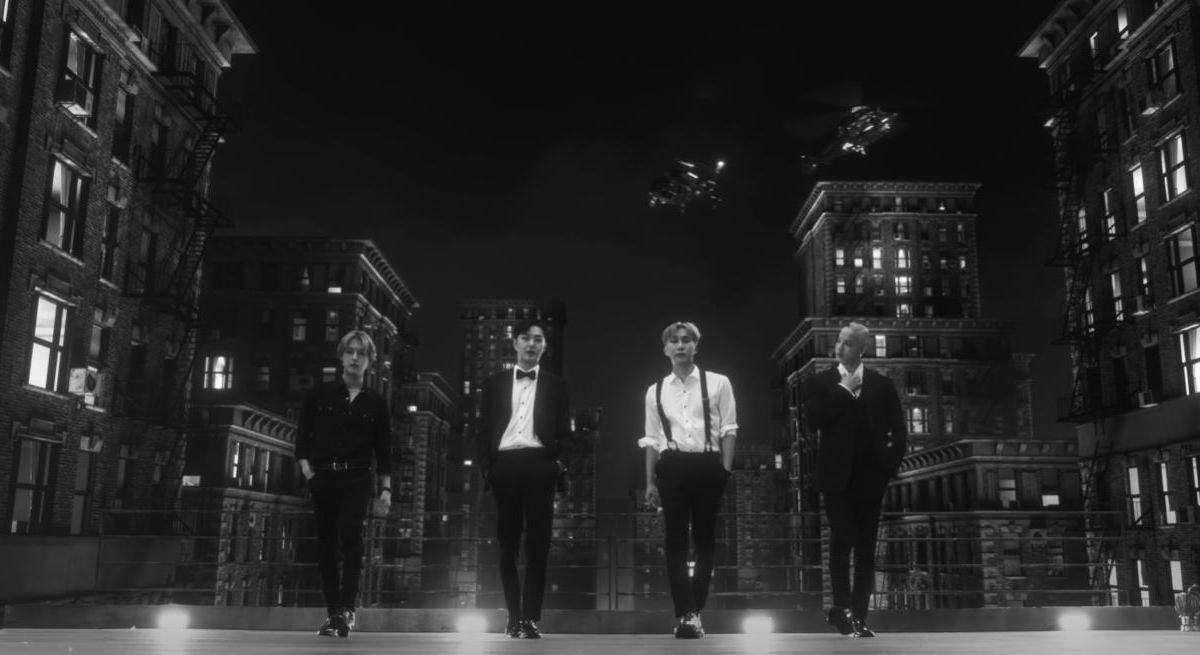 One of the comebacks kickstarting this week is BTOB’s comeback, Outsider, which is featured on the special mini-album, 4U: Outside. This is BTOB’s first ‘”official” comeback since the 2018 release of Beautiful Pain. I put ‘official’ in quotation marks, as the current lineup of BTOB (Eunkwang, Changsub, Minhyuk & Peniel) did return with as a subunit (BTOB 4U) last year with Show Your Love. But it seems like the four-member lineup took on the entire BTOB name as part of their participation on Kingdom: Legendary War earlier this year and now promotions for Outsider and their latest mini-album release.

Personally, I am of the opinion that Outsider could have used a bit more ‘meat’ to it. Part of me wanted the song to break away from how it started, stray away from its overly consistent instrumentation and develop into a song with more oomph. They definitely showed us they were capable with Show & Prove (which was their final Kingdom: Legendary War single and is also featured on their latest mini-album). However, I felt this was the only issue with Outsider. And to be honest, it wasn’t a major issue that broke the song for me. Outsider manages to do just enough to captivate, and I attribute that mainly towards their vocals and rapping. They definitely proved themselves to be a well-respected group in the industry (aside from the fact they have been around for a while) thanks to their powerful vocals and rapping abilities shown throughout their time on Kingdom: Legendary War. BTOB manages to reflect their skillset in a way that fits Outsider. The vocals from Eunkwang and Changsub added so much smoothness and a velvety effect to the song (particularly during the choruses), while Peniel and Minhyuk’s rapping just had enough intensity to keep the song interesting. I also felt the rapping gave the song a great deal of contrast, which also helped Outsider become more interesting. The over-consistency is due to the instrumentation. Its brassy instrumentation does chug the song along, but it is pretty repetitive and doesn’t really offer much room for the song to develop. The dance break gave the song a break from repetition that Outsider needed, by adding a bit of dramatic effects to the instrumental. This was great and helped end the song decently (and not with a repetitive groan from the listener), though a bit late into the song unfortunately. Overall, Outsider was definitely a decent song to listen to. I just wished BTOB did more to really take it to the next level.

I felt the music video for Outsider was well-done. When I think of funky brass tunes like this, I also think of movie sets for some reason (can’t really work out why my mind makes such a connection). Seeing the opening sequence of the music video was meeting my expectation, I was quite happy. The entire music video shows the members becoming outsiders to the repetitive nature of the world around them. Changsub is a standard office worker who dreams of a luxurious lifestyle. Eunkwang is a zombie actor who doesn’t wanted to be casted in the role anymore. For Peniel and Minhyuk, I am not sure what they are trying to portray to be different from everyone else. But I am guessing Peniel wants to be someone who takes more risks, while Minhyuk wants to be someone who is a bit more adventurous. I really like the bit of humour they added to the end, with Eunkwang blowing up buildings behind them and the rest of the members were caught being surprise. It earned a chuckle from me.

For the choreography for this comeback, it seems to be on the more simple side of the spectrum, in terms of complexity. But I think they did a good job of showcasing the funky and elegant side of the music in the choreography. I liked the intensity they brought in during the rap sequences and the smoothness of the moves during the chorus. The dance break was also quite cool, with a bit of MJ influences.