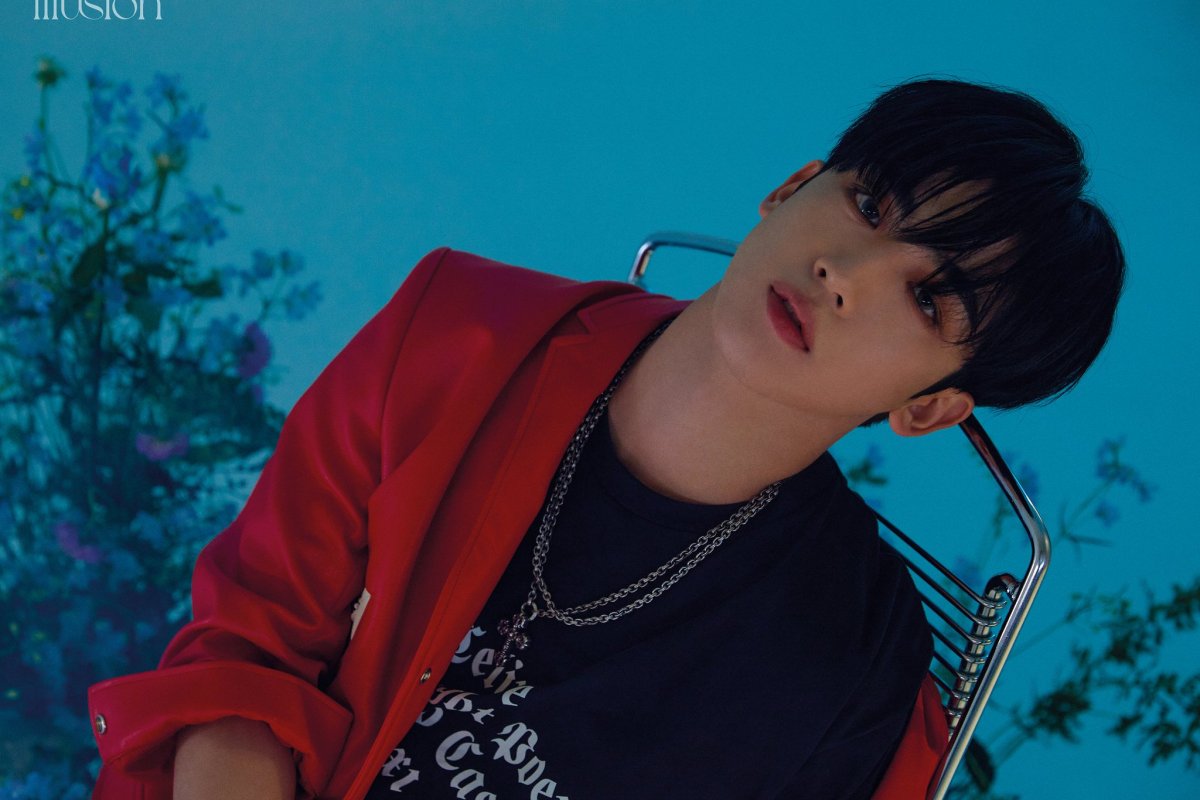 The next album review is for Kim Yohan’s first mini-album, Illusion. No surprises here, but it is also another album release from January. It features Kim Yohan’s comeback single, DESSERT, and four other tracks. Illusion is his first solo release since debuting as part of WEi. He previously made his solo debut back in 2020 with No More.

Illusion was a decent mini-album release. While majority of the song’s shared that decent description (DESSERT is unfortunately one of them, but I have warmed up a bit to the lead single since its release), there were two knock out songs on the album that I highly recommend you check out. Keep on reading to find out which two songs they are. And let me know if you agree with my thoughts.

2. SELFISH – Kim Yohan’s vocals is freaking amazing in this track. I am always in awe with his vocals in this track every time I have played Kim Yohan’s album. I really liked how he employs his deeper tone in this song, making himself appear mature and emotive. When it comes to the chorus, his vocals paired with the synth instrumental makes the main centrepiece explosive and nostalgic for me. I am thrown back to the pop tracks from the 00s with this song. His deeper tone allows for a flawless transition into rapping. SELFISH is an awesome song that I just want to go back to. (10/10)

3. BAD – BAD makes a strong impression from the start as it starts off with a slaying rap verse (and replicates a similar effect for the second verse). It is definitely the song’s strongest moment, and one I like reliving by the number of times I have been drawn back to BAD. The chorus is another strong moment in the song. It’s busy with the synth heavy hip-hop instrumentation and the hype/energy that Kim Yohan brings via the vocals. But it isn’t overwhelming and creates a stunning centre for the song that I am all for. I just wish the hooks for BAD were a tad stronger. (9.5/10)

4. Landing On You (저공비행) – Landing On You follows a hip-hop trajectory, but is also playful and youthful. Unfortunately, I think Landing On You a bit typical and the whole instrumental feels a bit dated (particularly since it follows dynamic songs like SELFISH and BAD). Interestingly, I am not entirely turned off by Landing On You. It instead becomes a pleasant listen, even though Kim Yohan does hit it hard at some moments in the song. (7/10)

5. Star (반짝이는 별들처럼 나침반이 되어줘요) – Finishing up the illusion is Star, serving as the mini-album’s mandatory ballad. It is definitely soothing and calming track with a pleasant acoustic instrumentation. Kim Yohan sounds nice and dreamy, and I am liking the harmonies with the background vocals (especially at the end). I did wish that he was incorporated better into the song, however. There were moments where it sounded a bit awkward, with him and the instrumental not feeling connected, if you understand what I mean. I am also not a fan of the rapping. It distracted me from the pleasant nature of the song. But overall, a decent listen still. (7.5/10)